Referee Mike Beltran is easily one of the most recognizable figures in mixed martial arts because of his iconic mustache, but the the man behind the stache is more than just a memorable face, he is one of the most respected and highly trained officials in the sport.  Tony Reid of MYMMANews.com caught up with the licensed referee and judge to discuss his tenure in MMA.

Tony Reid – Many referees in MMA have their own unique way of getting the action started in the cage. Big John McCarthy made “Let’s Get it on!” a piece of MMA history. How do you like to get a fight off on the right foot?

Mike Beltran – “It’s just something that came naturally to me. I just ask if both fighters are ready and get acknowledgement from both fighters. I just say “Handle it”, so they can go out there and handle business.”

Tony Reid – A common misconception by the general public or the casual fan is that referees in MMA are employed by the UFC or the promotion they are refereeing in at the time. You are employed by the state athletic commissions of the state you are working in. How often do you get asked questions like that? Aside from that particular question, what are some of the other misconceptions fans have about referees in MMA that you could clear up for us?

Tony Reid – How weird is it to go from refereeing a show with 200 people in attendance to being the man in charge of the action in an arena of 30,000 screaming fans?

Mike Beltran – (Laughs) “That is a very good question. For the most part, whether it’s a professional or amateur show I’m still going to perform and do the best job I can. A fight is a fight and I’m going to officiate it to the best of my ability. However, when you are dealing with the magnitude of tens of thousands of fans in attendance, the television side of it and everyone is watching you then yes, sure you get a bit more nervous. I’m not going to lie to you I was nervous (for his first live UFC event on television) It was good nerves. When the bells rings I am comfortable with my abilities and confident in doing the job. It is a pressure cooker and it is pretty nerve racking but once the bell rings it’s all the same but it’s just a little bit louder.”

Tony Reid – We all know how much preparation fighters put in before a fight but you, the official, must be prepared going into a fight as well. Can you talk about what you do to prepare leading up to an event? 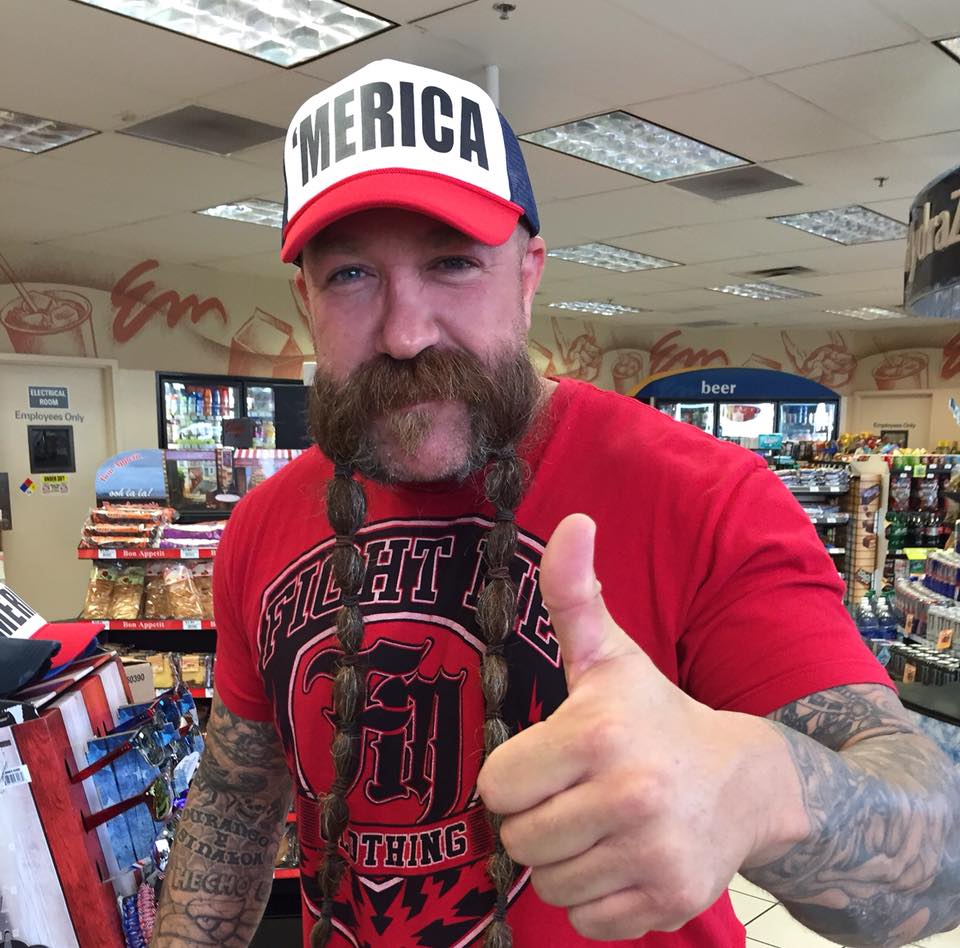 Tony Reid – How fine of a line to you have to walk as to not create too close of a friendship with fighters that you will have to referee and oversee in an unbiased manner?

Mike Beltran – “That’s a good question. We are around the fighters a lot and we all train in the sport. It is what it is. You have a job to do. They (the fighters) have a job to do. My job is to officiate it. I call it like I see it. I am a very straight up, straightforward person. They all know that. There is no shenanigans here. I tell them all whether I know them or I’m just meeting them for the first time. I don’t care who you are I’m going to call it how I see it. And don’t put me in a position where I have to enforce the rules. I cover it in the locker room so there are no issues once we get to the cage. That’s how I do it and I don’t deviate from that.”

Tony Reid – The MMA community is a tight knit circle. How close are you with other referees in the business? Do you travel together; hang out, share notes, etc.?

Mike Beltran – “With King of the Cage I worked a lot with Herb Dean, Cecil Peoples and John McCarthy. With King of the Cage we just discussed scenarios and I might ask if I could have done anything better or differently. If I have any questions about anything I look to Big John McCarthy who is a good friend of mine. Big John calls it like he sees it. Herb Dean doesn’t pull any punches either. I am very close with a lot of the officials. We basically discuss what we can do to make the product better. Big John is a great guy with a heart of gold. He has been a huge influence in my life.”

Tony Reid – With hundreds and hundreds of fights under your belt in major MMA promotions all over the world, what is your fondest memory of your time spent in the cage?

Mike Beltran – “I would say the first UFC that I got to referee. It was a very good experience. It was a privilege to be a part of a big, big fight. Deep down inside I was pretty nervous. Once the cage door closed and the bell rung I know what I’m doing. I felt good in there and it was an honor to be a part of it.”

Tony Reid – As the sport grows and more and more eyes are focused on it referees and judges continue to receive a lot of heat for, seemingly, every decision they make. How do you personally handle that criticism when it comes your way, whether it is from fighters, fans or the organization?

Mike Beltran – “I think I am my own worst critic. As long as the criticism is done constructively and you can learn from it. That’s how you learn. Some people are just going to say rude and disrespectful things and that’s just how some people are. I don’t concern myself with that side of it. I always strive to do the best job that I can. I have a good support system of great people I can go to and whose opinion’s I respect. They will tell me straight up ‘Dude, you dropped the ball on that one. You suck.’ If it’s coming from my peers, the guys I respect, than your damn right I’m going to do what I have to do to fix it. Anything can happen in there, man. We are human and we don’t see everything. We are going to do the best job we can. I’m Ok with the criticism as long as I can look myself in the mirror and know I did the best job I can possibly to for the fighters. Then you move on to the next event.”

Tony Reid – Can you talk about your training in various aspects of combat sports and how that helps you appreciate different aspects of the sport as an official in the cage?

Tony Reid – I can’t let you go without asking about the facial hair.

Mike Beltran – “The bottom line is that I have no hair on the top of my head. If I had a full head of hair I wouldn’t have this problem. I have a job where they allow me to have facial hair, I hate shaving and I have always had some type of facial hair and I just started letting it grow, I liked the way it looked and it’s just me now. I continued to let it grow and it has evolved into this scroll that I have on my face. It is what it is. It’s a part of me.” 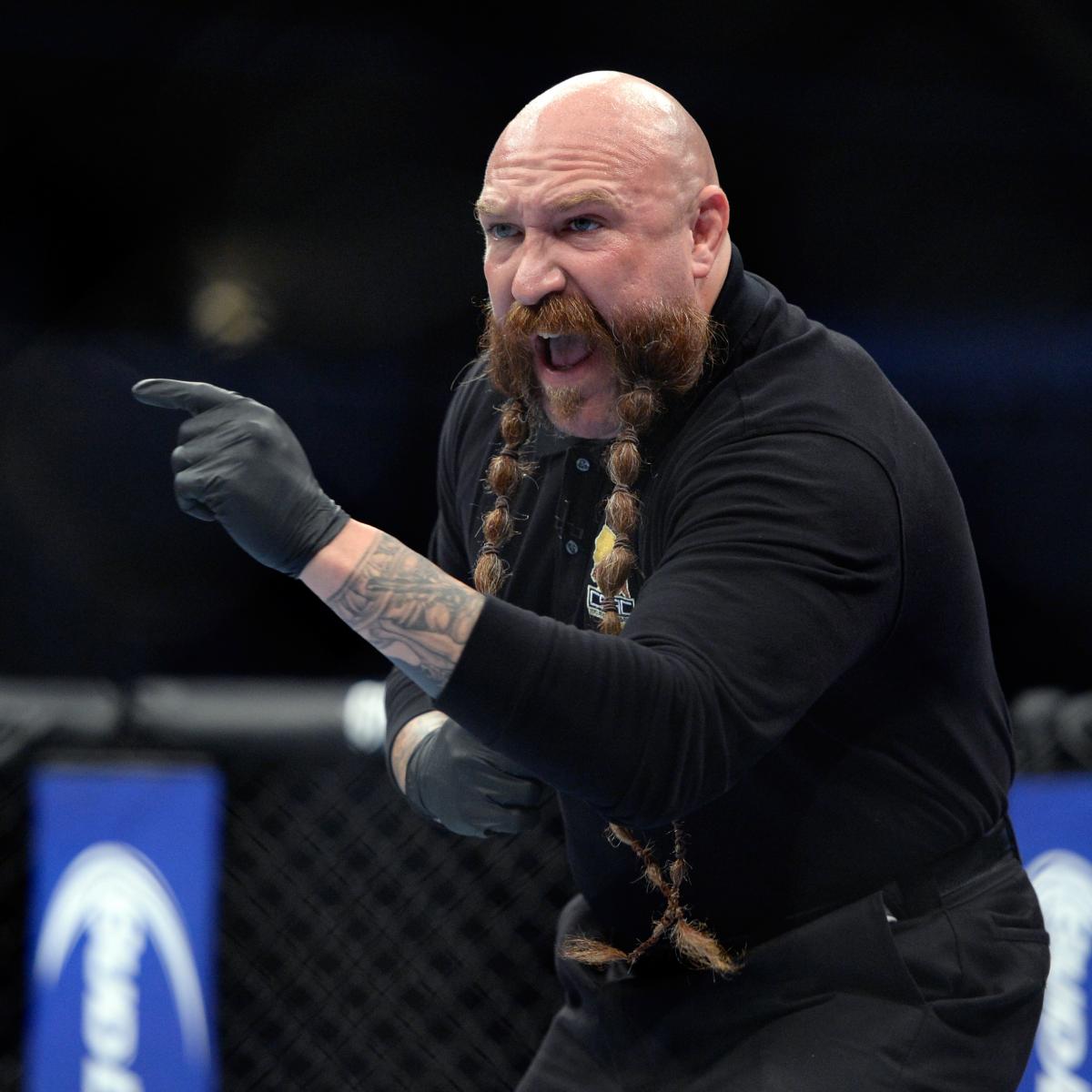