At LFA 58, Jacksonwink fighter Ricky Esquibel will square off with Luttrell/Yee fighter Javier Cepeda in a rematch from there amateur days. Esquibel came out the gate on fire starting his pro career with three straight wins, including submitting Cameron Miller at LFA 28 on just days’ notice. The last two fights haven’t returned Esqubiel’s desired results, but the 28-year old believes he has what it takes to get back in the win column on January 25.

This fight is a rematch but that first meeting was almost two years ago.

Both men having been fighting professionally, but Cepeda has been Boxing since their first encounter.

“I been competing in MMA. I’ve done pretty well, expect for the last two fights. Now his boxing experience, he’s a good boxer, but if you look at his record, he hasn’t been doing too well. I’m not underestimating him by any means, but MMA is completely different. He’s been training mostly boxing. I honestly wouldn’t be surprised if he tries to take me down”.

“I’m more well-rounded. I think I’m better in every area, he just trains more boxing than anything, but this is MMA”. 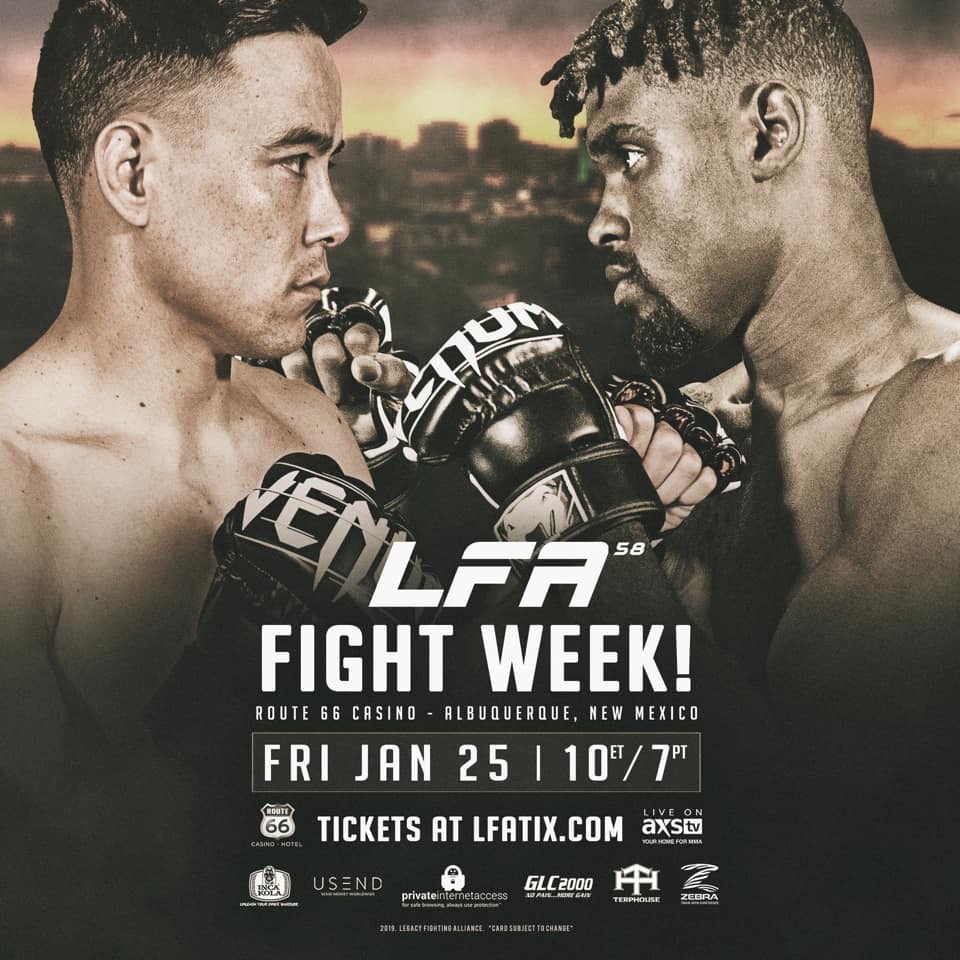