ROAD Fighting Championship has provided updates on the fighters who were injured during ROAD FC 047, which took place at the Cadillac Arena in Beijing, China on May 12, 2018.

Below are the injury updates

Sasaki Shinji fought a valiant three rounds against a stronger than ever Bao Yincang. During the bout, Sasaki took multiple hard blows to the face that resulted in fractures of the right orbital, nasal, check, and chin bones, as well as sustaining a right hand finger fracture. Treatment is being discussed; Sasaki faces a lengthy recovery and a minimum of 6 months out of competition.

Bruno Miranda put in beautiful work against Baoshe Riguleng over the course of three rounds. He left the cage with a fractured metacarpal in his right hand. Miranda was taken to Jung Hospital in Wonju, South Korea where he received surgery to repair the bone with a metal plate. Recovery will be 2 months, and Miranda is forecast to return to fighting in 5 months.

Mighty Mo was shocked by the takedown and ground game of Gilbert Yvel. In an armbar escape attempt, his elbow dislocated and the referee stopped the fight. Mighty Mo is expected to be allowed to resume training after approximately three weeks of rehabilitation. 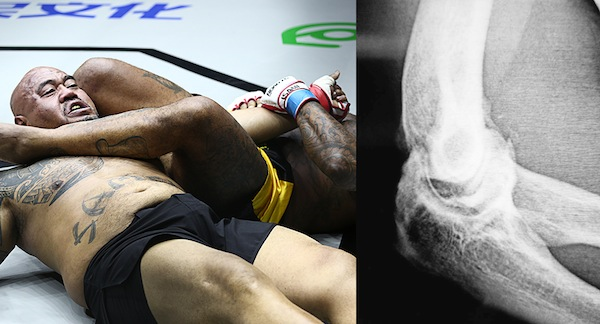 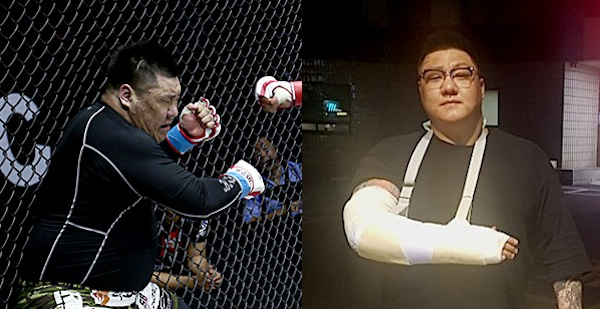 Jing Yingchao fractured a toe in her bout with Marina Kumagai, but will make a full and quick recovery.

Deng Chaolong tapped out to pain after taking a knee to the ribs and a big takedown form Oli Thompson, but there is no bone fracture or internal injury, so he will make a full recovery with rest.

ROAD FC expresses thanks to all the competitors who made ROAD FC 047 a great success with their amazing performances. We support all fighters in their swift a complete recoveries and return to action.

New Wave MMA ROAD FC is the stage where legends shine, rookies thrill, and epic battles are waged that determine the future of MMA. From the pageantry of the grand entrance to the final crunch of the KO, ROAD FC showcases the very best of Mixed Martial Arts sports and entertainment. As we say in Korea, “Fighting!”