Interview with Sage Northcutt above

Sage Northcutt is all for trying to match Shinya Aoki’s 55 professional fights.

The task seems like quite the feat for someone who was sidelined for almost two years, after suffering a broken jaw during a 29-second knockout loss to Cosmo Alexandre in his ONE Championship debut, back in May 2019. Just two days away from turning 25 years old, Northcutt is experienced with 14 professional bouts to his name, including eight UFC appearances.

Northcutt makes his return to the ring against the 37-year-old Aoki at ONE on TNT 4 in Singapore, April 28. The Texan’s next fight is another step in what he plans to make a lengthy career.

“For me, I feel super young still and to think that my last fight I was like, I don’t even know how old I was, I was like 22 years old, I don’t even know. I’m looking forward to getting back out there and also I know I am just going to keep improving.”

Sage Northcutt “I have all this drive”

Northcutt is currently on pace to match Aoki’s 55-fight resume. At 24 years old, Aoki was 13-2 and coming off his fourth Pride appearance.

Northcutt is currently 11-3 and already fought for two of the world’s largest MMA organizations. He is closing in on his seventh year as a professional fighter.

Aoki is a pioneer of the sport and made appearances in Pride, Shooto, Dream, Strikeforce and Bellator. The “Tobikan Judan” is the former ONE lightweight champion and is on a three-fight win streak since losing his strap via a second-round TKO loss to champion Christian Lee in May 2019.

Although Northcutt respects the legend and is striving for a long career like his opponent, he is seeking his 12th professional win. Aoki carries a distinct advantage in ring time, but Northcutt is confident he has the edge in other areas.

“Me being 24 years old, it can kind of go both ways because you’re looking at someone who has 55 pro fights and who has had a lot of experience,” Northcutt said. “But then for me being young, I have all this drive, the motivation to get out there and be the champ. I am looking at it from my point of view and I am going out there hungry. I want to go out there and win, go out there and show my skill set.”

Been there, done that

Northcutt is seasoned for a 24-year-old mixed martial artist. He picked up a UFC contract after appearing on the debut episode of “Dana White’s Looking for a Fight” in 2015.

He made his octagon debut at 19 years old, finishing Francisco Trevino via first-round technical-knockout at UFC 192 in October 2015. Northcutt compiled a 6-2 record under the UFC banner before signing with ONE in 2019. He was riding a three-fight win streak inside the octagon wins at the time.

Northcutt may have missed the past two years due to his injury, but he already spent over three years competing at the highest level of the sport. He is not harping on the past either, but looking toward the future. 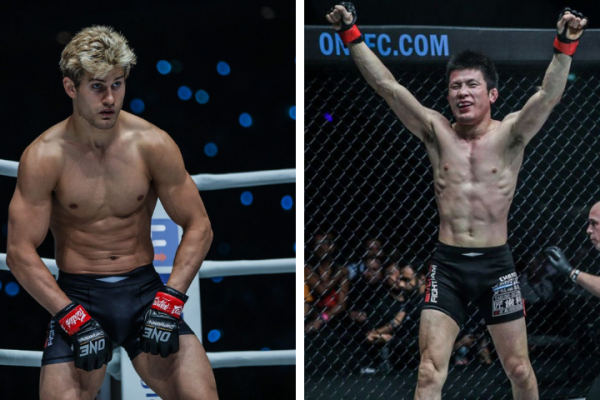 Northcutt planned to return to the ONE ring earlier, but was forced to postpone due to the COVID-19 pandemic. It marked another setback for the lightweight.

Northcutt became used to watching other fighters compete while he sat on the sidelines. Once the pandemic hit, he finally felt like he wasn’t missing out on fighting. ONE waited four months to return with shows. Even the UFC was inactive for about two months.

He is finally ready to make the walk again at lightweight. ONE’s lightweight division is 170 pounds since the promotion requires fighters to compete at their walk-around weights. The athletes are weighed in and tested for hydration throughout fight week.

His debut in ONE’s lightweight division is more than returning to his natural weight class. It’s a long time coming for Northcutt.

The young contender is done waiting.

“It’s been such a long wait, just kind of sitting around during the pandemic and everything that has happened,” Northcutt said. “So I am so excited to get back out there.”

By Mike Pendleton 28 mins ago