Lenny March from MyMMANews had a chance to sit down with Sean Woodson following his win over Youssef Zalal at UFC Vegas 28.

Sean Woodson (8-1), looked to bounce back after his first professional loss against Julian Erosa at UFC on ESPN 12. Woodson would say that the loss was still very fresh heading into the Zalal fight, but it feels even better that he was able to overcome and adapt.

Woodson would earn a split decision over Youssef Zalal, but he wasn’t entirely impressed with his performance.

“On a scale from one to ten, ill probably rate it a five and half. Im not happy with it at all, i defiantly felt like the fight was going to be more exciting than what it was.”

“I knew Youssef (Zalal) was going to try and take me down, he’s a well rounded dude and if you watch all his fights he likes to mix in the takedowns. But i didn’t expect us to wrestle that much, I thought we would do more striking.” 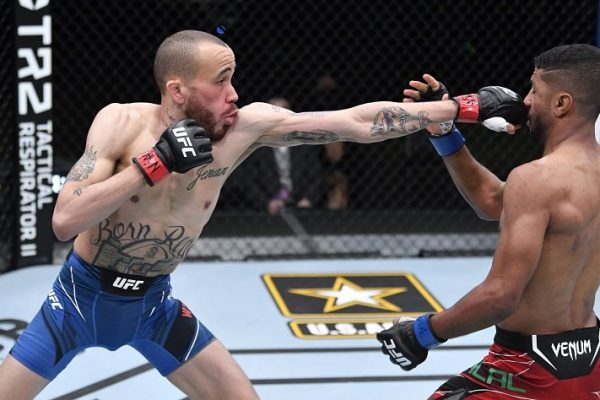 Sean Woodson was a stern believer that ring rust wasn’t a real thing, but his opinion has now changed.

“I didn’t used to believe in ring rust, but i defiantly felt some effects of it, i believe it now. Everything felt off, timing, speed, range. I didn’t feel like myself at all. Me and Dominick Cruz have always seen eye to eye about ring rust, we have spoke many times together were we fought ring rust wasn’t a real thing but sh*t he’s on his own with that one now.”

For this fight Woodson trained at Wolves Den, although he did move to Glory MMA in 2019.

“Moving forward i will splitting the two, i started off with Wolves Den here at my home town, after the contender series I went out to Glory MMA and they help me grow a lot out there. Moving forward this next fight camp will be at Glory.” 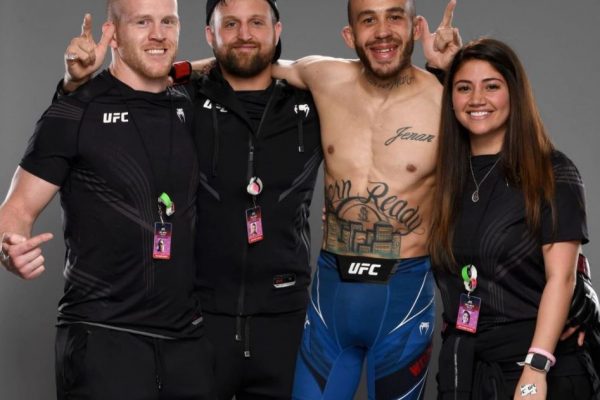 Before this fight, Woodson felt like his job was on the line.

“Sh*t this game is cut throat, you never know. I sit back and watch everything. maybe awhile ago it would take three loses for you to get cut, I’ve seen guys lose back to back and they get the cut unless you have a established name already. Zalal was coming of two loses and he still got another fight, but i wasnt sure if i would get the same treatment. My back was against the wall here, i felt like i had to win thsi fight.”

Woodson would go on to say later in the interview that he has one more fight left with the UFC, and he would like to renegotiate before or after. He believes that he’s in a “good” position finishing his contract.

Liking what you are reading? well then make sure you watch the FULL interview above.