St. Louis, MO. – Fresh off the heels of announcing a new television deal with Time Warner Cable, Shamrock FC has released its schedule of events for the 2016 calendar year. Beginning on January 16 at The Ameristar Casino, Shamrock FC will host a total of 22 events.

November will be the promotions busiest month as they will hold four events including one at The Scottrade Center in St. Louis. All told, Shamrock will promote 18 mixed martial arts cards and four cards comprised of MMA, Boxing and Kickboxing. The bouts for the four mixed cards will be held inside of a ring.

“2016 promises to be the biggest year in the 17 year history of Shamrock Promotions,” said CEO Jesse Finney. “As we continue to grow, our promise will stay the same and that is to give our fans a great fight night experience from start to finish. Shamrock FC is also looking to add more casinos to our already great line-up of venues who host our events and when the time is right, a national television deal.”

Once again Shamrock FC will also organize the MMA portion of Guns and Hoses, the St. Louis area’s top fundraiser for families of fallen first responders. Last year the event raised $340,000 for The Backstoppers Inc. An annual event that takes place on Thanksgiving eve for the past 27 years, Guns and Hoses will be held at the Scottrade Center.

Shamrock FC will promote eight events at Lumiere Casino, six events at Ameristar Casino and four at River City Casino. Venues for one card in June and another in November will be determined at a later date. For more information on Shamrock FC, please visit www.shamrockfc.com. All of Shamrock FC’s events are available for $12.99 on their website, live on fight night. 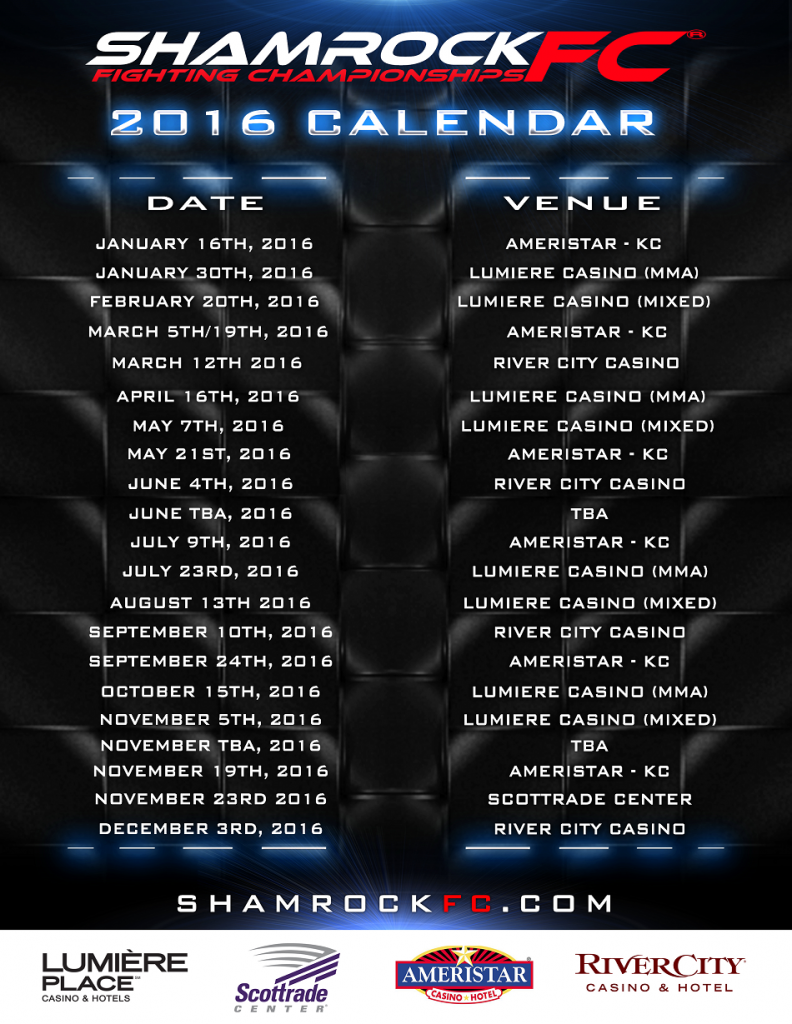