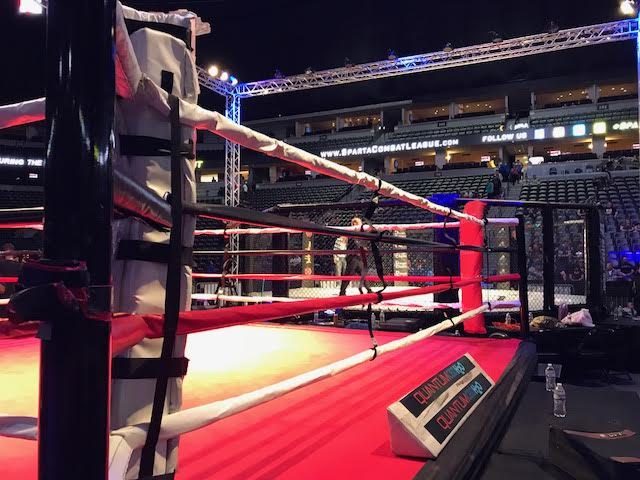 Sparta Combat League has took combat sports to another level with AVM9 at the Pepsi Center in Denver, CO on Saturday, June 30th. Though not the first to feature both a ring and cage on the same show, SCL may be the first to run them simultaneously. In a world where constant stimulation is the norm, many fans in the packed venue opted to put down their phones and inch to the edge of their seats in order to watch the action in both the ring and cage.

The event roster hosted 50 fighters across disciplines of MMA, Boxing and Kickboxing. The event also featured an 8-man 155-pound tournament. The first round of the tournament was a boxing match, followed by a kickboxing match and finishing the finals with an MMA match. To add to the excitement, SCL also had four female MMA matchups on the card. That adds up to 28 fights in one night.

One of the things that set SCL apart from other promotions is that proceeds from each event go to benefit a charity or community member in need. SCL has helped cancer patients, various foundations, promoted bone marrow donation and much more. AVM stands for Army vs Marines.

Many of the fighters featured on the card were current or former members of the U.S. military. SCL even dedicated a whole section of the venue to military members and veterans, so that they could watch the show presented in their honor. During the AVM 9 intermission, various military personnel and organizations were acknowledged and introduced to the crowd.

One of the biggest concern for the fighters was being able to decipher between sounds that signal the start, ten-second warning and end of the round. In an attempt to differentiate these sounds, the ring operated on a system of an air horn, whistle and clacker, while the cage fighters listened for the bell, cowbell and then whistle. The SCL team worked hard to try and make each sound distinct and there did not seem to be any confusion. 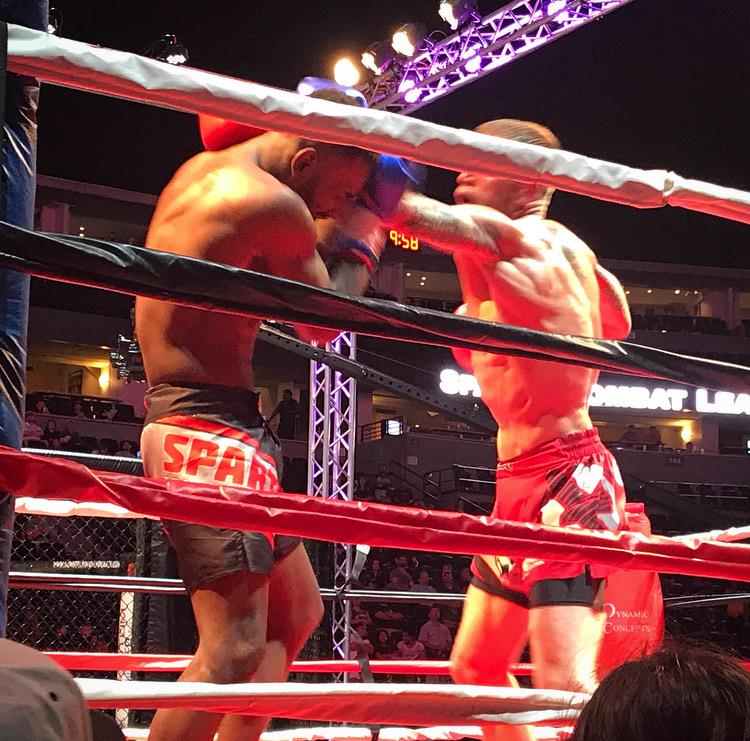 There didn’t seem to be a bad seat in the house, but there were also several large screens displaying both the ring and cage so that there wasn’t a moment of action missed. The show ran smooth, especially for the number of fights. Overall the bouts were well-matched and the fighters put on a great show. For those unable to attend, Sparta Combat League events are usually aired live on pay-per-view at http://spartacombatleague.com.