It didn’t take me long after I first met Rami Ibrahim to realize that he was a special person.  Years ago, in a locker-room at an MMA event, I saw this man looking into his fighter’s eyes and preparing him for battle.  The way this young man looked back into his instructor’s eyes, it was as if he wasn’t just taking his advice and coaching with him, but a piece of his heart.

The focus, the emotion, the love that was being given made me think that this warrior may be listening to his father. Little of the journey of Rami Ibrahim did I know before this.  As time has gone on, I’ve learned of the difficulties and paths traveled that have made the longest active Muay Thai fighter in North American history, a legend in martial arts.

Rami’s family lost everything during the Gulf War. He and his  five brothers came with their parents to Philadelphia to start over again.  The family enrolled him into martial arts to keep him off of the streets and out of trouble.  It was the best thing they ever could have done.  Rami has become a role model and a leader in the martial arts community. He’s never had any children of his own, but considers every student that comes into Rami Elite to be family.

He finds time to train more than 20 fighters, who fight all over the country, run a world-wide known and respected Muay Thai school at Rami Elite and still train to fight himself.  Never have I met anyone with such perseverance.

Looking at his handsome face, you would never know that he has fought an astounding 185 times and won numerous championships. 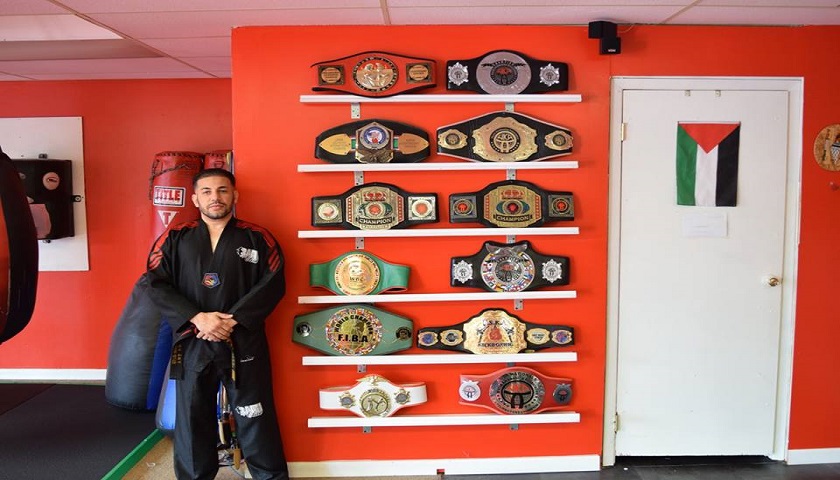 It’s no wonder that mixed martial artists from all over the region come to train their striking game with this legendary competitor and teacher.

Rami has worked in the past with UFC veterans, Paul Felder and Eddie Alvarez, Jesus Martinez, Anton Berzin, and currently Sean Brady, who is one of the brightest prospects on the east coast and will be fighting for the CFFC title next month.

Rami takes great pride in giving back to the sport that has given him so much.  I was honored to visit Rami Elite and spend some time with him where we talked about his career, his school and why he feels it’s so necessary to keep giving back to the craft.  Rami is a very eloquent, humble speaker.