At this point, sadly, we’re used to not seeing the biggest fights in boxing take place.

If they do, often times, it happens far too late.

Floyd Mayweather Jr vs. Manny Pacquiao is prime example: We were supposed to get that welterweight match up for nearly a decade before it actually happened. By 2006, they were both multiple-time world champions, and they were the No. 1 & No. 2 welterweights on the planet. 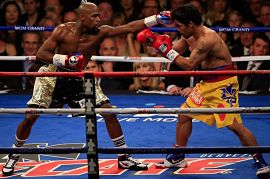 Fast forward six years, and Pacquiao loses two-straight, being viciously knocked out in round six of the latter. Then fast forward two more years, when Pacquiao was on a three-fight win streak, in 2015, the fight was put together.

That’s just one of the great fights we sort of never got; with it being as late as it was, we all knew what was going to happen when the two stepped in there.

However, boxing promoters and insiders have been working hard to put the proper match ups in place, starting last 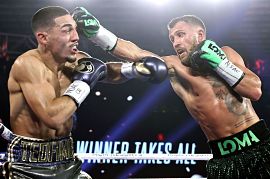 year with Vasyl Lomachenko vs. Teofimo Lopez. They carried that same energy into the next month, where Gervonta Davis was matched up with Leo Santa Cruz.

They’ve gotten Canelo Alvarez two fights since December, and now have him booked against undefeated WBO super-middleweight champion Billy Joe Saunders for a date in May.

Not to mention, they’ve also gotten the heavyweight division moving. 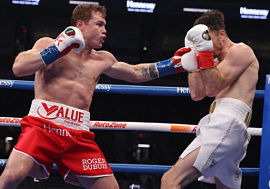 Vasyl Lomachenko is also expected to make his return to the ring this summer opposing Masayoshi Nakatani.

Of course, we will not be going over these match ups, as they’re expected to take place next.

Now we get into these five match ups that need to happen next, or at the very least, within the next year: 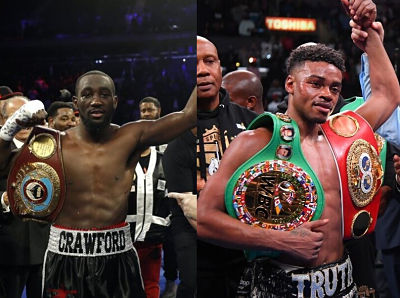 This is perhaps the most important fight that needs to be made in the world of boxing right now.

These two studs are right in the peak of their careers, with Crawford being 33, and Spence being 31.

Prior to turning professional, Crawford racked up an amateur record of 58-12, capturing a silver medal in the 2006 Golden Gloves, and a bronze medal in the 2007 US National Championships.

Spence on the other hand had a bit more successful of an amateur run, going 135-12, capturing the Golden Gloves award in 2009, as well as a silver medal that next year. He also won three US National Championships, and a US National PAL Championship.

Upon turning professional, they’ve both been perfect inside of their respective careers.

Crawford has made it to 37-0 thus far, becoming a 15-time, three-division world champion.

Spence has made it to 27-0 thus far, debuting just over four years after Crawford. He’s claimed two world titles in the welterweight division, becoming a six-time world champion. 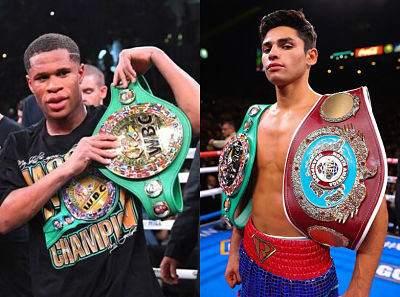 Both of these young guns are just 22 years old, and they’ve both got incredibly bright futures ahead of them.

We’ll start with Haney, considering he holds the undisputed belt. He had quite a successful amateur career, making it to 138-8 by time he was just 17 years old. This saw him capture a number of youth championships before turning professional.

Haney is a two-time WBC lightweight champion, a title he unified just after winning the interim title, the same interim title Garcia has right now. His most recent victory saw him climb to 25-0, though it seems people still don’t give him the recognition they should.

Garcia has made it to 21-0 thus far into his young career, and he just captured his first world title in his last outing.

He should be looking to unify it before going after a bout with WBA lightweight champion & WBA super-featherweight champion Gervonta Davis, like he has been.

This is certainly a fight we need to see; Davis is 24-0 with 23 knockouts, and perhaps the most talented lightweight boxer on the planet. However, it makes sense to get the mandatory fight out of the way first.

With how technical Haney is, along with the sheer dog in Garcia, as well as the skill he possesses, this would be a great fight, and a very telling fight to see where they’re each at in their respective careers. 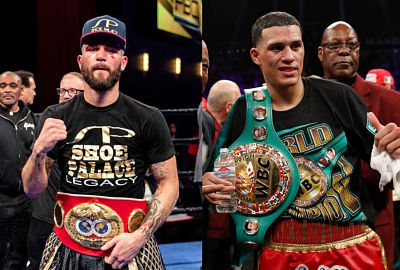 ESPN has these two undefeated studs ranked at No. 2 & No. 3 in the super-middleweight division, right behind the pound-for-pound king Canelo Alvarez.

There were rumors of Plant facing Alvarez last winter, but that was passed up when Alvarez fought Callum Smith, then Avni Yildirim, and now Billy Joe Saunders in May.

As they all do, each of these talents tested their skills on the regional amateur circuit before turning professional:

Plant went 97-20, while Benavidez went just 15-0. It’s incredibly surprising the success Benavidez has had in this sport with the lack of competition experience. That just goes to show what kind of talent he is.

Plant won his first world title back in the beginning of 2019, the IBF super-middleweight championship, and has since defended it three times since. The most recent of which was over Caleb Truax in January of this year, improving his record to 21-0.

Benavidez on the other hand is a three-time WBC super-middleweight champion, a title he had his title stripped of him however for a positive cocaine test. Nonetheless, he’s won his last two non-title fights, just as he did when he was champion, improving his record to 24-0 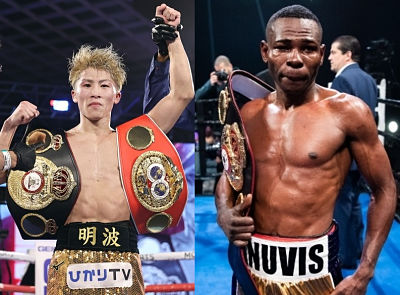 ESPN has these two ranked as the No. 1 & No. 2 bantamweight talents in the world, and for a good reason.

They each had incredibly successful amateur careers to start off. Inoue went 75-6, capturing a number of youth championships. He also made it to the Asian Olympic Qualifiers, and finished with a silver medal.

That was in 2012, and rather than taking his chances with another Olympic dream in 2016, he decided to turn professional instead.

Rigondeaux on the other hand has been to, and won the Olympic Games twice. He also won the World Championships twice, the World Cup three times, the Pan American Games & Central American-Caribbean Games each once, as well as being a seven-time Cuban National Champion.

Considering all of the incredible boxers than come from Cuba, that really says something.

Rigondeaux finished off his amateur career with a hefty record of 374-14 before turning professional in 2009.

One thing that really jumps off the page when thinking of this bout is their ages. Inoue is still just 27 years old, turning 28 in two weeks, while Rigondeaux is still going strong at 40 years old.

Rigondeaux has only ever lost a single time, to Vasyl Lomachenko, back in 2017. He’s since gone 3-0, which saw him claim that belt in his last outing, improving his record to 20-1 (1 NC) in the process.

Inoue of course still has yet to lose his perfect record, being 20-0, and really still has yet to truly be tested. He’s kind of like a boxing version of Japanese kickboxing phenom Tenshin Nasukawa, Naoya Inoue’s ceiling seems endless. 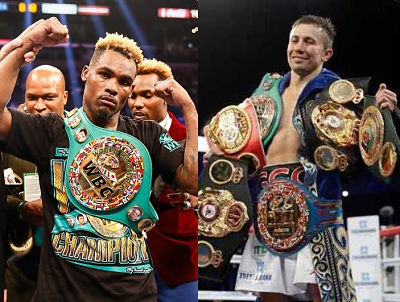 This is a very important match up in the middleweight division because, well, they’re ranked No. 1 and No. 2 at 160 lbs. Not to mention, this fight would be absolute fireworks.

Golovkin may be nearly a decade older than Charlo at 38 years old, turning 39 in April, but that experience he carries is invaluable. Not to mention, he’s had a streak of longevity in his career, which has been great to see.

Both of these talents had incredibly successful amateur careers, with Charlo going 65-6, and Golovkin going a whopping 345-5 before turning professional.

Since turning professional, Charlo has racked up a perfect 31-0 record, while Golovkin is 41-1-1, the only two blemishes coming to Canelo Alvarez. Most believe he won one of those fights, and lost the other.

That’s neither here nor there however, as he’s on a new three-fight win streak, and has since already captured two new world titles, the IBF & IBO middleweight championships.

Prior to that, Golovkin boasted the WBC, WBA, WBC, IBF, & IBO middleweight championships for some time, up until his second bout, and defeat to Alvarez. Considering Alvarez moved up to 168 lbs, Golovkin was able to reclaim two of those belts.

Charlo is no stranger to championships himself, as he’s a nine-time, two-division world champion.

Of all the match ups that need to be made, which one excites you the most?

By Bjorn Morfin 19 hours ago

By Kyle Carroll 2 days ago