We have perhaps the biggest rematch going down in the history of combat sports this weekend at UFC 260, as the greatest heavyweight to ever do it, Stipe Miocic looks to go 2-0 in his series against No. 1 contender Francis Ngannou.

A lot has happened since their first fight: They each lost their next bout, following their first with one another, before going on win streaks. 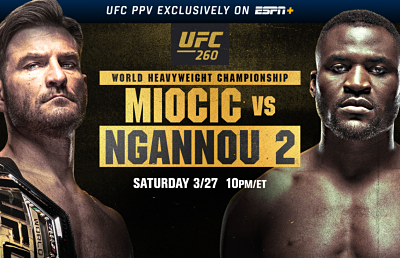 The champion lost the belt in his next fight to then UFC light-heavyweight champion Daniel Cormier via KO in round one, before winning it back via TKO in round four of the rematch, and then defeating Cormier in their trilogy via unanimous decision, making it to 2-1 against someone that’d never lost at heavyweight.

Quite surprising Miocic has only fought one man since he fought Ngannou, aye?

‘The Predator’ on the other hand has gone 4-1 since their first encounter. He first had that incredibly lackluster affair against Derrick Lewis, losing the unanimous decision, going from 11-1 to 11-3 through the first half of 2018.

Ngannou rebounded from this by TKO’ing Curtis Blaydes just 45 seconds into round one, before doing the same to former UFC heavyweight champions Cain Velasquez and Junior dos Santos. 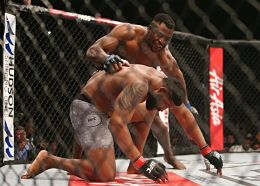 His most recent victory came over the likes of 76-8-1 professional kickboxing champion, and then undefeated mixed martial artist Jairzinho Rozenstruik, who he KO’d in just 20 seconds.

Ngannou knew he wasn’t going to be able to out-technique someone like that on the feet, so he just stormed through him and it worked out that night. The power Ngannou carries, he’s able to do that to some.

One thing that’s very interesting about this fight, Ngannou was on a four-fight first round finish streak going into their first bout, three knockouts and one submission, and the same is the case for this fight. 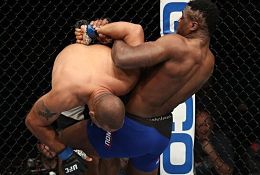 That submission came over NJCAA All-American Anthony Hamilton, who was trying to take Ngannou down, but got kimura swept, and then finished with the armlock. It was absolutely beautiful to see someone just three years into their mixed martial arts career do that to someone that’s wrestled their whole life.

Wrestlers are strong as hell, and Ngannou made it look easy, as he normally does.

The power Ngannou possesses, along with his quick hands from constantly working with lighter talents, he’s a 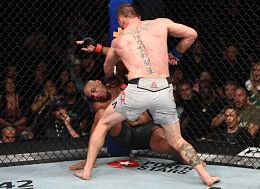 dangerous fight for anyone. Just as their first fight, Ngannou also walks into this one as the favorite.

That is surprising, but it also isn’t.

It is hard to imagine this version of ‘The Predator’ losing, but when we’re talking about the champion, there’s only a couple of his fellow fighters out there that can make the adjustments he can, mid-fight, and certainly mid-camp.

There’s a reason Miocic has only lost three times, and two of them were avenged. Actually, there’s been something apparent about his second fights with people. What we see from them, he knocks opponents out in rematches. 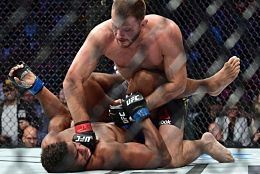 It’s hard seeing Ngannou get finished, considering he never has been, even dating back to his first defeat.

That first defeat came to a 7-0 opponent in just his second fight, who’s now 13-2, where he lost a two-round unanimous decision.

He was absolutely gassed after that first round with Miocic, and got mauled for the remaining four without quitting. As big of a guy as he is, it’s insane he was able to keep enough energy to keep going back out there.

This is going to be a very telling fight for the future of the heavyweight division. The champion is 38 years old, but as we’ve seen, heavyweights often times peak later on in their careers, and the challenger is still just 34 years old as well.

Mix that with his African genetics, we should be seeing the best of Ngannou for a few years to come.

Who wins this epic heavyweight championship rematch at UFC 260?

Order and watch UFC 260 below:

By Brian Jensen 20 hours ago