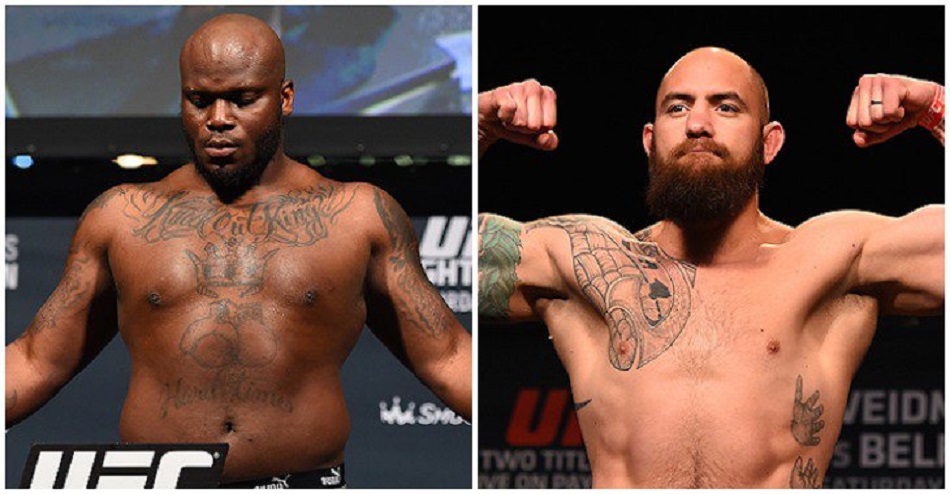 UFC heavyweights Travis Browne and Derrick Lewis were to meet on the pay-per-view portion of the UFC 208 fight card in Brooklyn, New York on February 11.

News broke today via Yahoo Sports, that UFC Halifax or UFC Fight Night 105, one week later will now get that heavyweight bout serving as the main event.

Confirmed: @travisbrowneMMA vs @Thebeast_ufc is now main event of #UFCHalifax

Junior dos Santos vs. Stefan Struve was to headline the Halifax card but was called off due to a shoulder injury suffered by Struve.

Lewis (17-4) has won five fights in a row, most recently a fourth-round knockout over Shamil Abdurakhimov in a December fight in Albany. Four of his five fights in the stretch have been KO/TKO finishes, as has 15 of his 17 career victories.

Browne (18-5-1), meanwhile, has struggled to get his career back on track. The Glendale Fight Club competitor, who was at one point 17-1-1, has dropped three out of his past four fights, getting finished in the first round by Andrei Arlovski and Cain Velasquez and losing a decision to Fabricio Werdum at UFC 203.