Andre Petroski expected to be picked by Team Volkanovski on the 29th season of “The Ultimate Fighter.”

Instead, Petroski earned the first win for Team Ortega after submitting Aaron Phillips in the first round. Since the season premiered on Tuesday, June 1, the 29-year-old is happy with how things played out.

“It sounds corny, but it was definitely meant to be,” Petroski said. “Especially Rener [Gracie, I got so much one-on-one time with Rener Gracie, it was just a tremendous experience.”

The Pennsylvania native anticipated being picked by Alexander Volkanovski due to his ties with the team’s wrestling coach Frank Hickman. Petroski and Hickman were teammates in college at Bloomsburg University of Pennsylvania.

“I don’t really think it was Frank’s call honestly. I don’t think their coaches did as much homework leading up to it as Ortega’s coaches,” Petroski said. “We had that personal section, but I did have a good connection with Paul Herrera, who is Ortega’s coach, we kind of hit it off from the beginning.” 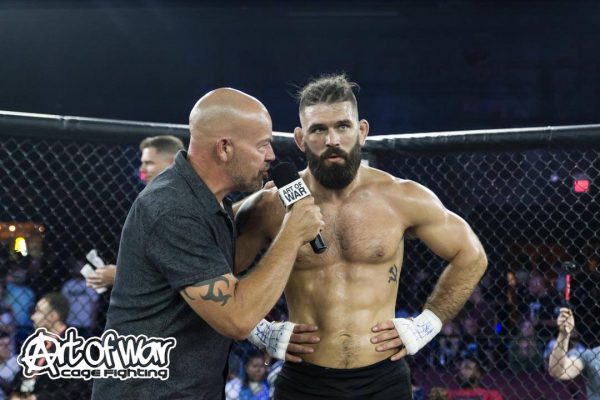 Andre Petroski  is glad it worked out

Brian Ortega put Petroski right on the spot. As seen in the opening episode of season 29, Ortega asked all of the fighters competing, which team they wanted to be on.

Petroski is shown telling Ortega he wanted to be on his team. Although Petroski admitted he may have felt pressured to answer one way, he is more than content with the outcome.

It worked out as far as we know. The team Ortega member is one step closer to being crowned the winner of TUF 29.

“Honestly, at the time, I was definitely put on the spot,” Petroski said. “Volk’s team is cool and all, but I am glad it worked out.”