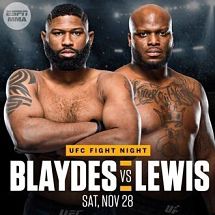 This is a very exciting match up, and the outcome really depends on just one thing, seemingly of course. That is whether or not Lewis can keep Blaydes from taking him down. That’s not to say Blaydes can’t win this fight on the feet, but his chances are certainly slimmer.

Lewis came to the UFC about two years prior to Blaydes, and he also fought on the same card Blaydes made his promotional debut on. By that point, including that fight, he assumed a promotional record of 6-2, all eight fights ending via knockout.

Blaydes lost his debut to Francis Ngannou (TKO – doctor stoppage) at the end of round two, before winning his next six-straight with four knockouts. Officially, he won five of his next six, his second win in that span was overturned to a no contest because he tested positive for marijuana. 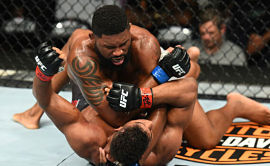 He lost the rematch via TKO just 45 seconds into round one, bringing his record to 10-2 (1 NC), before going on another win streak, this time winning four-straight thus far into it. 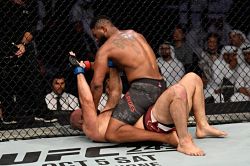 He’s so close to a title shot as it is, the only thing holding him back from it is having an 0-2 record against Ngannou, who’s rightfully the No. 1 contender.

Derrick Lewis, after starting out his UFC tenure with a 6-2 record, won his next three, improving his streak to six-straight, with victories coming over The Ultimate Fighter 10 winner Roy Nelson (split decision) and Travis Browne (KO), before losing to Mark Hunt (TKO). 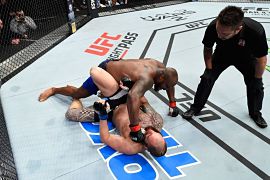 He then won his next three-straight against Marcin Tybura (TKO), who’s on a three-fight win streak looking better than ever, Francis Ngannou (unanimous decision), and Alexander Volkov (KO). This got him a title shot at then champion Daniel Cormier, who submitted (rear naked choke) Lewis in round two.

Lewis also fought as an amateur, securing a record of just 1-1 before turning professional. He also won the Legacy FC Heavyweight Championship and defended it once before joining the UFC. 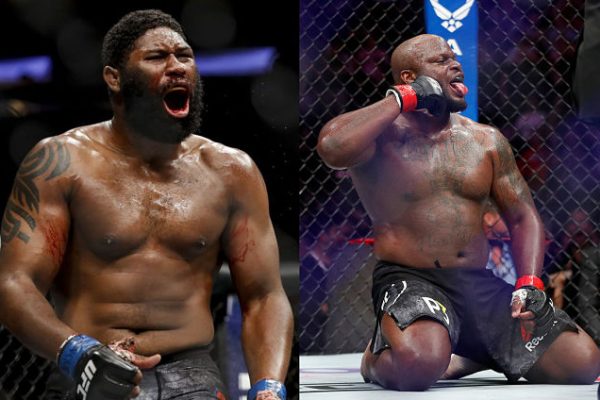 As you see, these two have had quite a few common opponents. They’ve both fought Shamil Abdurakhimov, Aleksei Oleinik, Mark Hunt, Francis Ngannou, Junior dos Santos, and Alexander Volkov. That’s a lot of common opponents. 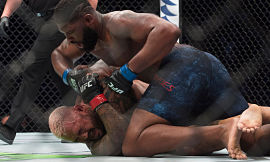 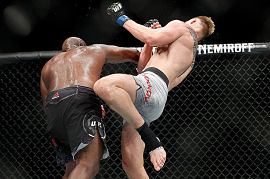 Lastly is Alexander Volkov, who Blaydes out-wrestled for five rounds en route to a unanimous decision victory, and Lewis KO’d him with just 11 seconds left on the clock in a fight he was being dominated in.

They’ve both defeated talents that the other lost to, which makes things pretty interesting.

Earlier in this piece we mentioned Blaydes will most likely have to get this fight to the mat in order to be victorious, that may or may not be true. Really, he more so than anything needs to not get hit. With Lewis’ power, all is takes is one glancing shot, and boom, it’s over. 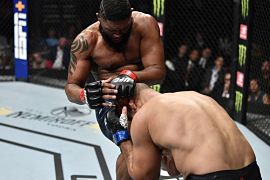 Blaydes tried for six takedowns against dos Santos and didn’t secure a single one, to our surprise, but he did get the TKO from his striking. It’s coming along, he’s not just a wrestler, though that’s what he relies on, as he should.

Blaydes is one of the best wrestlers in the entire sport, and he’s the most prolific takedown artist in UFC heavyweight history.

Knowing there have been talents like Randy Couture, Cain Velasquez, Brock Lesnar, though the last two had short careers, Stipe Miocic, Daniel Cormier, Mark Coleman, and Blaydes has the most takedowns in the divisions history, it’s incredible impressive. 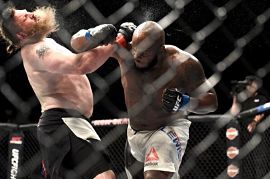 That’s pretty insane, he’s an extraordinary talent, as is Lewis. ‘The Black Beast’ didn’t really take his career too seriously before. He wasn’t working on his conditioning like he should have been, and he didn’t drill technique like he should have.

It wasn’t until he had those back-to-back defeats in late 2018 and early 2019 that he started taking it seriously. Now we’re seeing flying knees from him, now we’re seeing him throw head kicks, now that he has the flexibility, he’s a completely different fighter now. 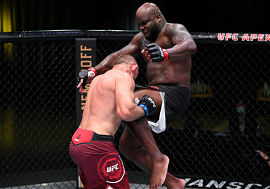 Before, Lewis was kind of like the Deontay Wilder of mixed martial arts. He may not be a great technical fighter, and he may lose a good portion of some of his fights, but all it takes is that one shot, and more often than not, he found a home for that one shot.

Lewis should have been working everything he has been in the last year, along with drilling takedown defense extensively. Blaydes can chain-wrestle too, it’s so hard for anyone to not be taken down by him.

Blaydes needs to have been working his head movement and entry for his takedowns. Lewis was taken down three times in each his Ivanov and Latifi bouts, but his striking was enough to win him those fights. 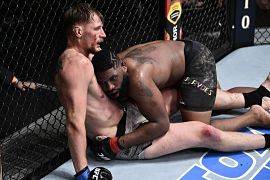 Blaydes isn’t the type of opponent he can just let himself be taken down by; he won’t get back up, and Blaydes has some vicious ground-and-pound. Lewis is actually very good at getting up off his back, but that’s not something to rely on in this outing. 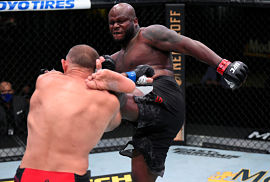 He was also taken down once against Oleinik, so really, he’s been taken down in five of his last six fights, dos Santos being the only one to keep the fight on its feet against him throughout.

He’s got to land that one huge bomb on Blaydes, but that’s so much easier said than done.

The UFC needs to make Stipe Miocic versus Francis Ngannou II, literally as soon as they can, so this division isn’t jammed up anymore. Because really, Blaydes already deserves a title shot, he shouldn’t even have to fight again, but he does in order to stay active.

Who wins this massive heavyweight main event at UFC Vegas 15?