Darrell Horcher looks to add a kickboxing win to his impressive MMA résumé when he enters the ring on April 13 in Allentown PA as USKA Fight Sports returns to the Parkview Inn and Convention Center with “Stand and Deliver!”

“I’m taking the fight simply for the experience and to have some fun,” Horcher told MyMMANews. “I will be looking to set up more MMA fights in the near future but kickboxing is also something that interests me.”

Darrell Horcher also known as “The Saint” was born in Chicago, Illinois, and raised in Shermans Dale Pennsylvania where he currently fights out of. Holding the record 13-4, he has fought for Cage Fury Fighting Championships, Bellator and the UFC.

In April 2016, Horcher entered the cage to fight Khabib Nurmagomedov and ended up taking a loss by KO/TKO. Darrell’s fighting career soon after was paused do to an unfortunate motorcycle accident. He suffered multiple injuries but recovered the following year just in time to claim his victory from Devin Powell in the UFC. Darrell has shown the drive to stay successful in his fighting career, no matter what challenges or hardships he might face.

This is the raw behind the scenes video at the Art of War show on February, 15 2019. Promoter Gary Grant Jr., spoke to Horcher about fighting on the USKA Card on April 13. Darrell was interested in the promotion and agreed to fight on the card! Check out the video to see the discussion. 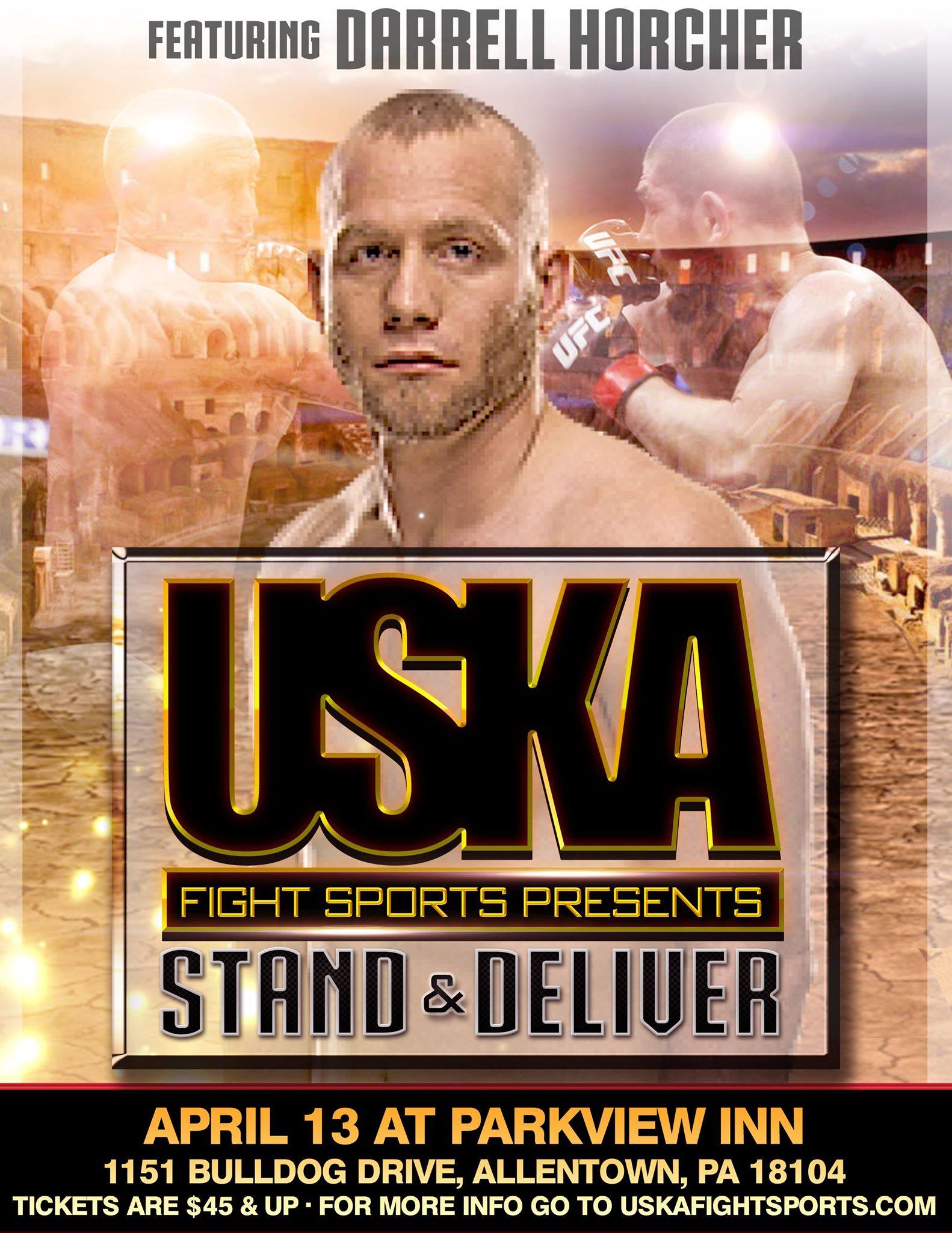