Yasmin Anders, a native of Brazil, originally came to Birmingham, Alabama to finish school. One night she went out with several Brazilian Jiu Jitsu (BJJ) coaches that she was teaching English to that introduced her to current UFC middleweight (but then fairly unknown) Eryk Anders and the two hit it off.

Though she initially had no intentions of staying in America, as time went on the two would fall in love and that would change her position.

Now, several years later, the two still reside in Birmingham, are happily married, and raising a family together while continuing to pursue their dreams.

These days, the super mom of two is an English teacher for people all over the world (especially Brazil), has recently started her Brazilian Jiu Jitsu journey, and competes in bodybuilding in her spare time all while helping Eryk maintain a healthy diet so he can stay fight ready.

“It’s a busy life. I work Monday to Monday. I do a lot, from taking care of the kids to managing our finances. Eryk obviously has a lawyer to look over things for him but I still like to read over them as well.   There’s no weekends or time off for me, but I’m a busybody and I like that. Anytime I have too much free time I look for something else to do, then anytime I get overwhelmed I step back and take some time to meditate and make sure I’m prioritizing the correct things, the things that matter the most.”

While things are much better financially than they were in the early years, Yasmin finds it comical that a lot of people assume they live a grand, luxurious life.

“People are often surprised to see that Eryk and I live a very simple life and we’re very grateful to sponsors like Infinite CBD for taking care of us. We’re comfortable, but really very frugal people.. A lot of people think we make money like a big celebrity or something would and I don’t actually know the percentage but I feel like that’s only true for about 1% of fighters. I feel like a lot of fighters try to be misleading about the lifestyles they’re living on social media but Eryk and I don’t feel the need to do that. We’re happy with who we are.”

Although they don’t provoke an emotional response from the power couple, Yasmin admits people’s comments over social media are pretty petty and took a while to get used to.

A couple of the most bizarre interactions that stuck out to her had to do with the charity work the couple has done.

“We’ve come to realize no matter your intentions, some people just say whatever to get attention or a response.  One time we were helping this lady in Brazil who had cancer and somebody said ‘Why are you helping people in Brazil instead of America?’ It was like ‘What? This woman had cancer and needed help. Why did it matter that she was Brazilian?’ Another time we were trying to raise awareness for and get people to donate to the local Ronald McDonald House and someone said something like ‘If you want to do charity just do it to be good people, not to post on social media.’ We were trying to raise awareness so other people could donate and help too. At the end of the day it is what it is. People can say what they want on the internet and we’ve learned not to pay much attention to it anymore.”

Something that never gets to her is the critiques about her husband’s fighting performances.  Yasmin explained: “As far as fighting goes, most people don’t know what they’re talking about and have never stepped in a cage anyway, so we really don’t care about comments about that. The only fight I didn’t like to watch of Eryk’s was the one against Khalil (Rountree) because I knew it wasn’t an accurate example of who he is as a fighter and what he’s capable of. One of my favorites is the one against Thiago Santos because he took it on six days notice against someone so good at that weight class and I feel he tried so hard and performed really well. At the end of the day I don’t get nervous because I have so much faith in him, I know he is so dedicated and disciplined.”

Anders says something she’s learned about being with a fighter, in her experience is that “They are very special, very unique people. When Eryk gets in from training he doesn’t want to talk, he doesn’t want to cuddle. He works so hard, he’s just so drained all he wants to do is eat and rest when he’s training for a fight. It’s worth it, but it’s not an easy life and you have to have patience.” 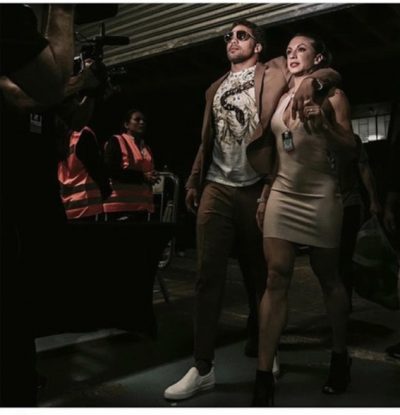 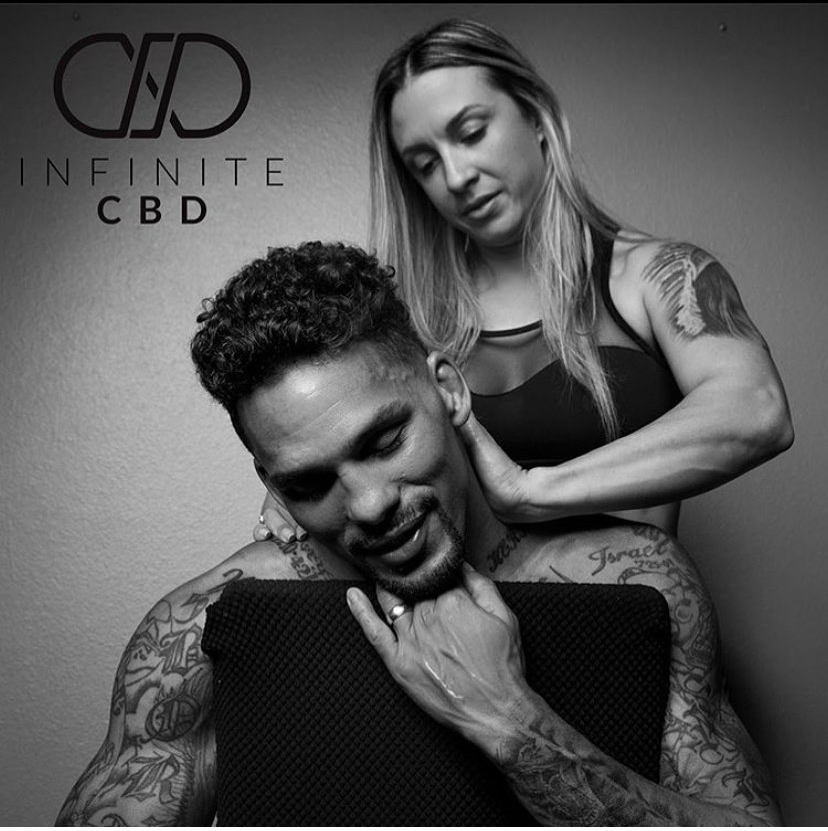