In the 27 years since it first began, the Ultimate Fighting Championship has presented over 5,000 fights to the world. MMA is an explosive, volatile sport, the slightest error on the part of one fighter can lead to a devastating loss, especially during those David vs. Goliath title fights. Title fight upsets make heroes of the underdog and prove that when it comes to fight night, anything can happen.

In the age of sports betting, however, UFC fight upsets can also make the history books, especially when there’s a championship belt on the line. Due to the emergence of online platforms offering varied betting markets and expert analysis, betting on UFC fights has become as popular as taking a punt on a horse race and League Sports betting. It’s even pulled in record-setting wagers, such as the $1 million anonymous bet that was placed on double belt champ Amanda Nunes for UFC 250.

Needless to say, that particular punter walked away very happy that night, but throughout the course of the promotion, there have been a number of punters who haven’t quite been as fortunate when betting on their title fight favourites.

In no particular order, here are four of the biggest title fight upsets in the history of the UFC promotion.

Look at any list of the greatest MMA fighters of all time and you’ll find Georges St-Pierre at the top of them. A true UFC champ through and through, St-Pierre is also an exceptional fighter and martial artist, so it should come as no surprise that his loss to underdog Matt Serra was dubbed the “Upset of the Decade” in the 00s.

St-Piere was the 2/25 favourite on April 7th 2007, before Serra – priced at just 5/1 — clipped the defending Welterweight Champion of the World behind the ear during the first round of the fight, and unleashed some deadly ground and pound to snag the belt. 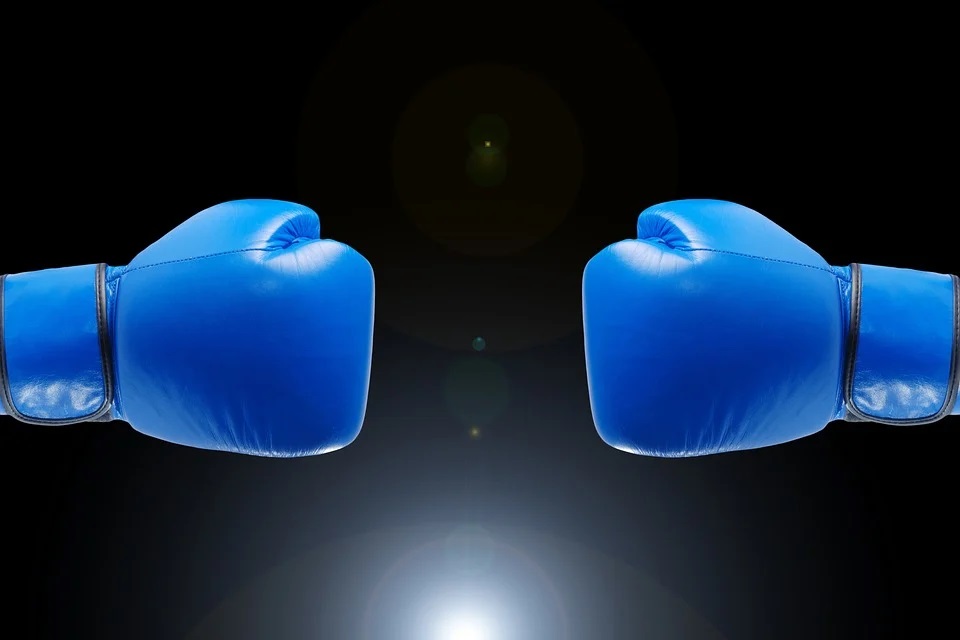 Another fighter who’s no stranger to global acclaim, just four years ago Michal Bisping was very much the underdog going into the Middleweight title fight against Luke Rockhold.

Up until that fight, ‘The Count’ was known as one of the best middleweight fighters to have never claimed the belt. And having only been given a grand total of seventeen days to prepare for this main event, he entered the fight with underdog odds of 5/1. Rockhold already had one win over Bisping under his belt a year earlier, and he made the mistake of seriously underestimating his dogged opponent.

Bisping delivered two perfect left-hands to drop Rockhold to the canvas and walked out of the octagon with the championship and a place in the UFC Hall of Fame.

‘Rowdy’ Ronda Rousey blazed a trail of glory and domination during her reign as the most dominant women’s champion in the history of the promotion. That was, until, she went toe to toe with ‘The Preacher’s Daughter’ in November 2015 and her rule as top UFC bantamweight was over.

When the fight was first announced, Holm was marketed as the favourite with odds of 25/2. However, come the opening round of the Main Event and her odds had dropped as low as 5/1. Big mistake! Right from the bell, the world champion boxer dominated Rousey, with her superior striking skills exposing a deadly flaw in the judo exponent’s armour. Then came that incredible head kick, and down went the defending champ.

Coming into the fight in 2014, Barao was considered one of the best pound-for-pound fighters on the UFC roster, if not one of the best p4p martial artists of all time thanks to that jaw-dropping 32-fight winning streak. Dillashaw, on the other hand, was one of the lowest-priced underdogs in the history of the promotion at 7/1.

But, for four rounds Barao had very few counters to the American’s barrage and was finished by a lethal combination during the fifth round. Dillashaw kept hold of the Bantamweight belt for a further two defences, before losing it to Dominic Cruz and then regaining it 18 months later.

How popular is MMA betting in Europe vs the USA?

MMA betting mistakes that you must steer clear of