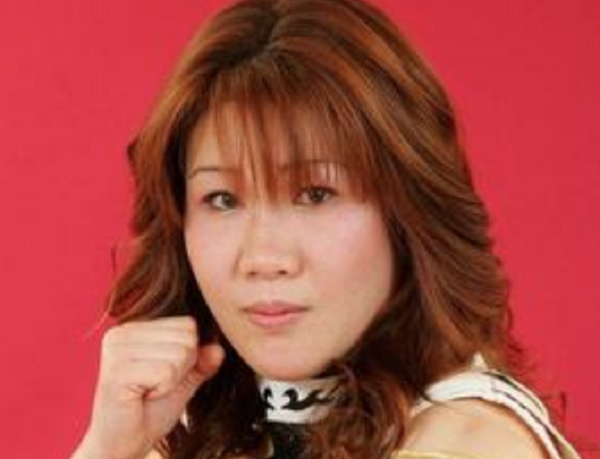 Aya Koyama, a pioneer in the women’s mixed martial arts community, has passed away at age 45 after a battle with Cancer. Women of Honor Champion Sumie Sakai announced the news early August 27 via Twitter. 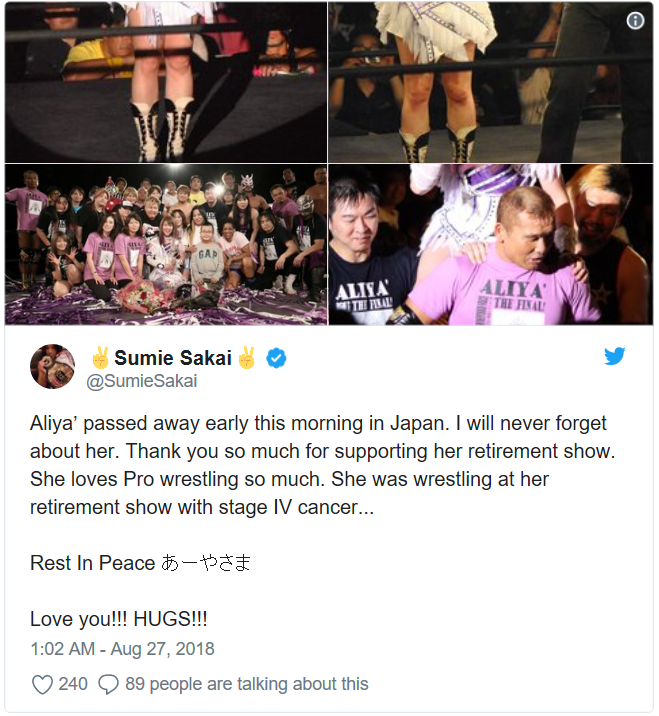 Koyama, better known as “Aliya”, was relatively unknown to mixed martial arts fans here in the United States, but began competing professionally in MMA in May 2001. She amassed a record of 4-10-1 with all fights taking place in Japan. Her last MMA fight took place eight years ago, a loss to Miki Morifuji in 2010. She fought for promotions such as DEEP, Jewels, and Smackgirl.

‘Aliya’ was also a professional wrestler (joshi). She debuted in 1996 for Jd’ Star and later competed for promotions such as All Japan Pro Wrestling. She returned to pro wrestling and Japanese Women Pro-Wrestling Project in 2005.

By Staff Report 28 mins ago