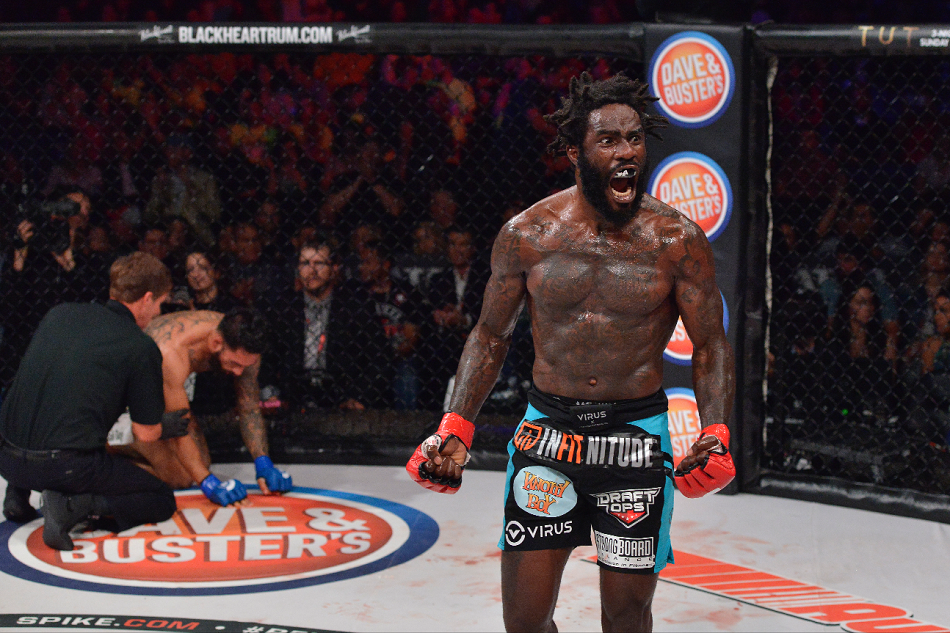 Two of the worlds best featherweight mixed martial artists will be fighting on Spike on Friday, November 6, when Patricio “Pitbull” Freire defends his Bellator MMA Featherweight Championship against Daniel Straus. The two familiar foes will meet for the third time and will serve as the headlining attraction of “Bellator 145: With a Vengeance,” at the Scottrade Center in St. Louis, MO.


Author Doug Merlino recently released a book titled “Beast: Blood, Struggle, and Dreams at the Heart of Mixed Martial Arts,” in which he prominently features Straus, documenting his life in and out of the cage.

Below is an excerpt from chapter three of the book:

3. As Long as I Don’t Get My Face Broken

“Fighting is one of the purest things in the world. It’s the purest way to figure s___ out,” Daniel Straus said. “It’s like, in that world out there I’m nobody, but in my world, you can’t tell me who I am. Because whether you like it or not, you can lose to me, or you’re going to have to beat me.”

We were sitting on a concrete bench in a strip mall around the corner from American Top Team, outside a fast food Peruvian chicken restaurant. The temperature hovered at around ninety in the shade. An occasional car crawled through the parking lot toward Walgreen’s. He spit tobacco juice into a Styrofoam cup.

Straus was twenty-eight-years-old, five-foot-eight. He fought at 145 pounds, but walked around twenty pounds heavier. His legs were skinny, his torso muscled. Shoulder-length dreadlocks framed his face. His shoulder bore a tattoo of two street signs, the intersection of Ridge and Cardiff, the location of Vision Mixed Martial Arts, the gym in Cincinnati where he’d started. Psalm 144 ran down his arm: Blessed be the Lord, my strength, who teaches my hands to war and fingers to fight.

Straus had grown up with a twin sister, two of the few black kids in the white suburbs of Cincinnati, where their mom raised them; their dad was only around occasionally.

Straus started Tae Kwon Do when he was six, played on a select soccer team, and ran cross country in middle school. More than anything, though, he excelled in wrestling. In high school, he quit everything else and dedicated himself to it.

In his junior year, Straus went 42-1 and placed third at 135 pounds in the Ohio State wrestling tournament. He should have been primed to take off, but his life was falling apart. His mom struggled to keep a steady job. The electricity was continually cut off at home. A tornado ripped the roof off one apartment they were living in. They were evicted from others. Sick of it, the teenaged Straus moved out, essentially becoming homeless. He slept in parks and spent longer periods with a few families, parents of friends and fellow wrestlers, who took him in for a time. Some floated the idea of getting his mother to give up her guardianship rights.

He went 9-0 in his senior year, but low grades kept him from competing for most of the season. Still, he had his hopes pinned on winning the state tournament and by the end of the season, he was academically eligible. But when he got into a squabble with a school administrator, he was blocked from competing. “I told him, this is my life, wrestling is the only thing I have,” Straus remembered. “I don’t get along with my parents, don’t get along with nobody else, don’t have anything else and you’re gonna take away the only thing I have. And he did.”

Straus believed his wrestling career was over, but a few weeks later, he received an unexpected invitation to compete in the Senior Nationals, a yearly tournament for the country’s top high school wrestlers. Straus won his weight class, stunning the wrestling community—that someone could sit for almost an entire season and then beat the best competition in the nation was nearly unthinkable.

He received letters from the biggest wrestling programs in the country, but didn’t have the grades to get in. Iowa Central Community College recruited him, sending a ticket to come visit. Straus had never been on a plane. The night before he was set to go, he stayed up partying and blew it off. “I was a dumba__,” he said, looking back at it.

After high school, Straus held a series of low-wage jobs at places such as Captain D’s Seafood Kitchen. And he got in trouble. When he was nineteen, he was pulled over for speeding. A search of his car turned up a gun. While on probation for that, he was arrested for breaking into an apartment. He was sent to the Ohio state penitentiary for three years.

Straus hated to talk about his time in prison except to say that it was terrible and most everyone in his life deserted or forgot about him, as if he never existed. He didn’t see it as a point of turnaround or find a redemptive arc in it. It was just something he wanted to forget.

He got out on November 13, 2007 and returned to Cincinnati, where he got a job at a Steak ‘n Shake. On the street one day he bumped ran into a guy he knew from high school, who told him he was training at an MMA gym and that Straus, with his wrestling skills, should try it. Straus was not interested. “It wasn’t my cup of tea,” he said.

But the guy had the gym owner call to encourage him. Just to get him off his back, Straus agreed to come by. “When I first started doing it, it was just wasn’t fun at all, especially the whole jiu jitsu thing, I hated it,” he said. “But the more and more I did it, the more and more it was coming to me. I started going every day, started doing everything.”

At the Steak ‘n Shake, one of Straus’s managers, a white woman, seemed to take pleasure in ordering him here and there. Straus was unhappy and let it be known through his body language. One night, the manager grabbed him and said, Boy, you’re going to listen to what I say.

It enraged Straus. “I’m a grown man,” he said, remembering it. “I’m not your son, I’m not your boy, we’re not even friends.”

To be addressed that way snapped something in him. He quit and walked out on the spot.

Without a job, Straus moved into the gym and slept on the mats. He was fighting at the amateur level and having a hard time finding new employment when the owner of the gym told Straus that if he went pro, he’d get paid for fighting. That caught his attention.

Straus first fought for money in February 2009 and lost. Two weeks later, he fought again and got his first win. That year, he took eleven fights, winning seven of them. “I told myself I really don’t have another option, so I have to make it. I worked and worked and worked. Everyone knew me as a guy who would fight regardless, they would call me up two days before,” Straus said. “I figured even if I lose, I get paid, as long as I don’t get my f_____ face broken.”

He scraped together enough to rent a $250 a month apartment and planned his next step, making a list of top fighters in the area that he needed to beat to move his name ahead. Then he went out and did it, winning twelve fights in a row.

He made it into the Bellator promotion, which aired weekly fights on MTV2. In 2011, he was invited to American Top Team. He was fiercely loyal to his gym in Cincinnati, but he was entering a new level and needed the coaching and training partners he could get in Florida. He still lived in his hometown but came to ATT to do his camp for six weeks before each fight.

Straus had won Bellator’s featherweight tournament competition in May 2012, which had guaranteed him a title shot. But he had to wait for the champion, Pat Curran, to recover from a broken orbital bone. He asked the promotion for an interim fight because he needed the money—he had a four-month old daughter back in Cincinnati to support.

Fighting was a business now, with the need to Facebook and Instagram. The fans wanted to see everything—fighters out in their cars, playing with their dogs, cutting weight before a fight, partying afterward. For Straus, it was an uncomfortably public life.

If fighting was something pure for him, a way leveling things, I asked what he thought people got from watching it.

By Dylan Bowker 16 mins ago