Brittney Elkin faces off against Olympic gold-medalist boxer, Claressa Shields as the PFL 4 main event on June 10th, live on ESPN2. While the world waits to see what Shields can do in four-ounce gloves, Elkin tallies up over a decade of cage experience and mat time with a smile on her face.

Getting the call to fight Claressa Shields will always be a memorable moment for Elkin, but not in the conventional sense.

“I work events and I was actually working the CFFC event where the fighter lost his finger in the cage.,” Elkin told MyMMANews.com. “I had just got most of the crowd into the door and it was April Fool’s Day. It was already awkward and weird that the finger thing was going on. Then my phone rings while I am dealing with the rest of the door line. The name that came up was Ray Sefo, who I had saved in my phone from when I fought Kayla Harrison for PFL. It was weird to see him call. I answered and he just threw it all down. I was taken aback and I was like “Ray, you know that I am retired, right?”

He laughed a little bit and we hung up the phone. I work for Fight 2 Win which is a jiu jitsu promotion run by Seth Daniels who is kind of a jokester. And I know a lot of people in the fight world who would certainly f*ck with me like that. But, I immediately called him back and asked, “Hey, is this a joke?” Because, again, it was April Fool’s Day and I just didn’t know. It is worth noting that while I am deciding whether or not I am coming out of MMA retirement for this huge fight, the fight announcer is asking people in the audience to help look for a finger.”

The Process of Reclaiming an Identity

Brittney Elkin’s last fight was in 2019 against Bobbi Jo Daziel, who went on to compete in the PFL 155 pound women’s tournament. That fight was stopped when Elkin blocked a head kick and shattered her forearm. The recovery was slow, painful and Elkin thought she would never compete again, let alone as an MMA fighter.

“It was a hard decision and a huge roller coaster of emotions. The 13 days between April Fool’s Day and when I signed the contract included a lot of hypothetical throwing up down the shower drain. I knew mentally that I was going to take the fight, but it is always a lot to process. Basically, I was overcoming an identity I had already accepted.

I have still been competing consistently in high-level jiu jitsu and actually planning a really active competition year, including ADCC later this year. It’s a different type of competition. Honestly, when Bobbi, who is a great person, broke my arm I was like, f*ck this! Now I don’t even notice my arm, but when it happened I was certain I would never compete again ever. It took eight months to heal and it was hard. “ 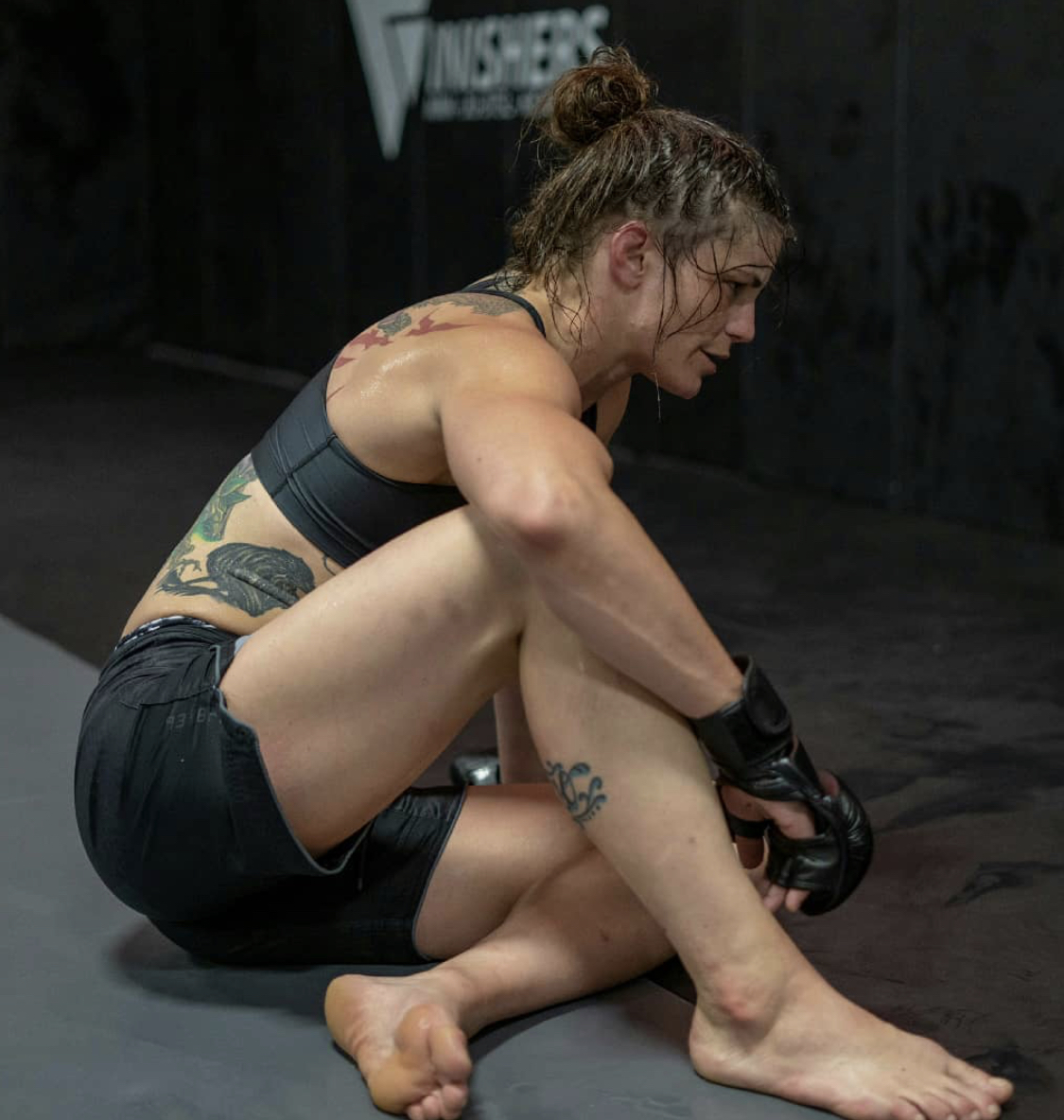 As a long-time Denverite, Brittney Elkin spent much of her professional career training in the mile-high city and surrounding areas. She wasn’t anticipating needing to find a fight team, but with a personality as sincere as Elkin’s, doors opened quickly.

“I love team Elevation. I left the fight team because I thought I was better suited to grapple. So, I spent more time at the Kompound in Littleton, Colorado which has been my home jiu jitsu gym for a long time. Through my experience with Fight 2 Win, I got a job as an operations manager at the 2300 arena in South Philadelphia. I moved to the east coast on March 1st and a month later I got the call. I had to decide whether to pack up and go back home to my team that I knew and drop the job, or stay and make it work in this new environment. Through Fight 2 Win I knew of several camps out here and rather than go through another move, I decided to make it work out here and I am really glad I did.”

Brittney Elkin was born and raised in Wyoming. In comparison, Denver is the big city, so living in New York is an experience that Elkin never would have imagined for herself.

“I live in Manhattan, in an area called Hell’s Kitchen (and all Dare Devil fans smile) and I am not far from Unity, which is an amazing professional gym and it is an honor that I get to go there. The walk is over thirty blocks and through time square just to get there. I also go to 10th Planet Bethlehem. I was already really obsessed with their system and I was sneaking into any 10th Planet class I could get into. The crew there is amazing and I have sparring partners that were more than willing to help me out and they are excited and enthusiastic about this opportunity. They are also an integral part of my sparring and cagework. I have been working with Jay Regalbuto at Studio 84 in New Jersey and that is just an amazing crew. It is incredible what comes together when you try to be a good person, are appreciative, and put in the work. 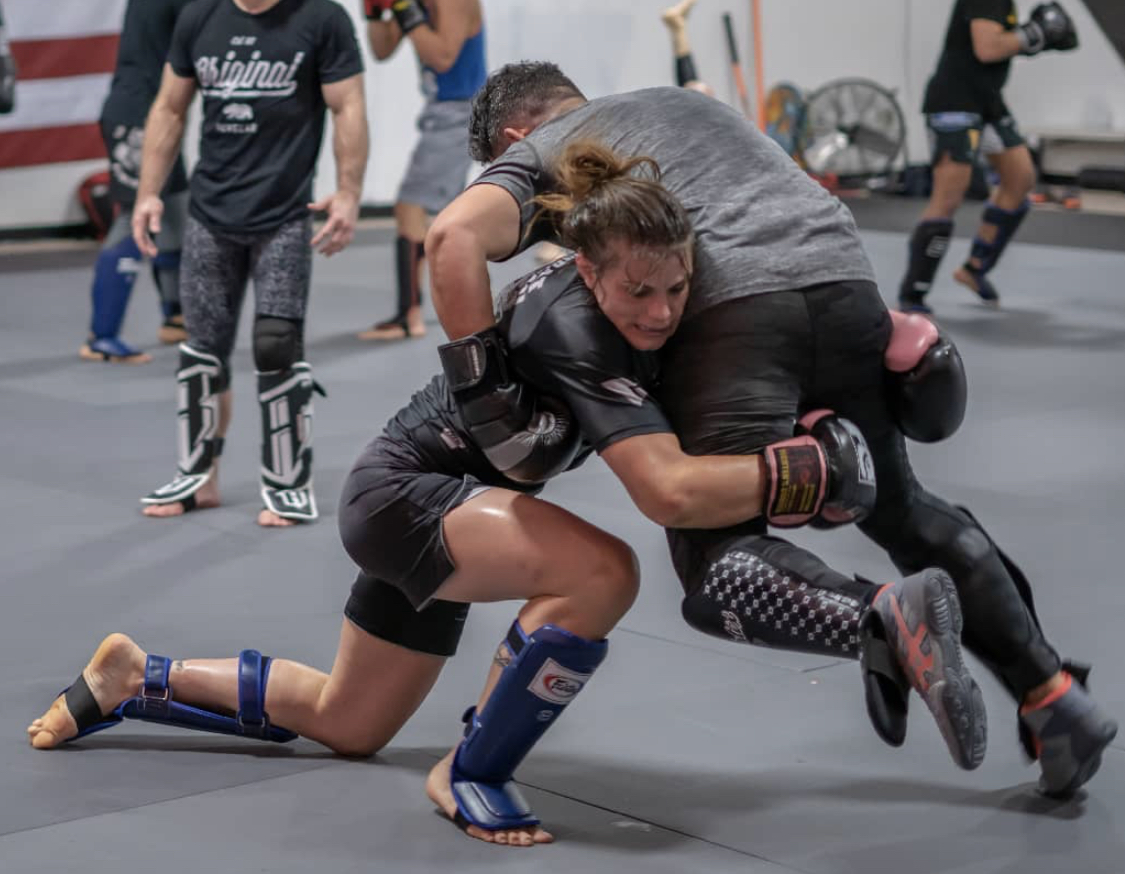 I think the move has made me enthusiastic like a little kid again. Denver is a sacred place for me. That’s my home. It is where my secret hiding places are and everything here is brand new. It is a change of pace but also setting the pace because I am so excited to learn again. I feel like am growing.”

A Fight Worth Watching

“While I was throwing up down my shower making this decision I just really broke this down. My mind was made up when I made the decision to take the fight and any fighter can relate to this – there is a lot of emotion behind it. So much passion goes into these fights. I loved the match-up because let’s look at it, Claressa Shields is a serious athlete. Claressa is an Olympic athlete. She’s a purist. She’s going to have amazing technique and things I have never seen, but I cannot compare to her boxing. I’ve bitten down on that apple. I cannot compare, but I don’t think she can compare to me either and the grit I have put in to succeed in my purist sport.

I think it is an incredible moment for women’s MMA and an interesting fight. If I was just a fan, I would want to watch it. It’s an Olympic-level boxer against… I don’t know what my f*cking title is, but I know I’m good. Maybe “high-level jiu jitsu girl,” is the right term. Call it whatever you want. I’m excited to be worth watching.”