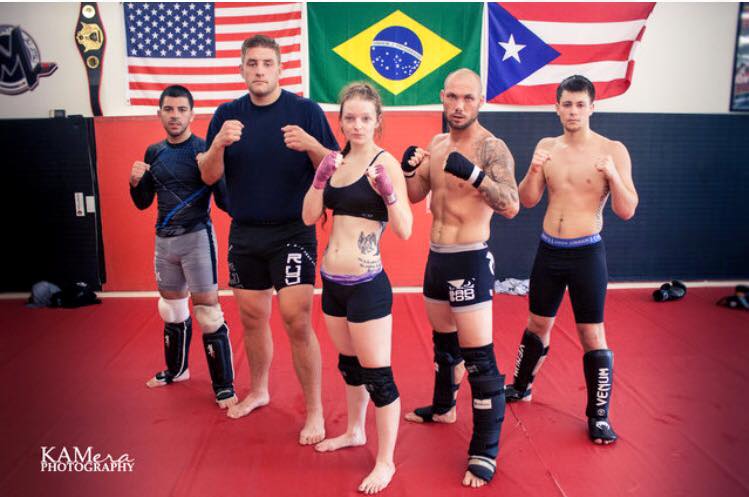 Devon Estes has been training mixed martial arts for more than seven years.  She lives the fighter’s life as her fiancé, Steve McCabe has been a professional fighter dating back to 2005. Besides competing, they both share the love for teaching and work as instructors at 302 BJJ.  Devon works closely with Andy Russell, who is one of the most respected striking coaches in the area.

Devon honed her skills early on in her career at Martinez BJJ where she worked with world class mixed martial artists on a continual basis. While her ground game is strong, she tells me that her training partners feel that her stand-up is her strongest asset, and she will need it as she makes her muay thai debut at USKA Fight Night this coming Saturday night at the legendary 2300 Arena in South Philly.

“I was offered Shelby Strong, but I turned it down.  I felt that I wanted to take on a bigger challenge and a tougher fight.”

That she did as she signed on to fight Rami Elite prospect Lauren Mull, who brings an impressive 6-1 record to the ring.

Estes is fearless and believes in her ability and says that years of training with elite level martial artists have prepared her for such a challenge.   She has nothing but respect for her opponent, but is confident that her coaches and her hard work will guide her to victory.  She expects to have a large contingent of fans in the seats and promises to put on a good show. That is the norm for this feisty little redhead as I have been lucky enough to be cageside for her MMA fights and she has never disappointed.  Devon and I spoke recently to discuss her fight. 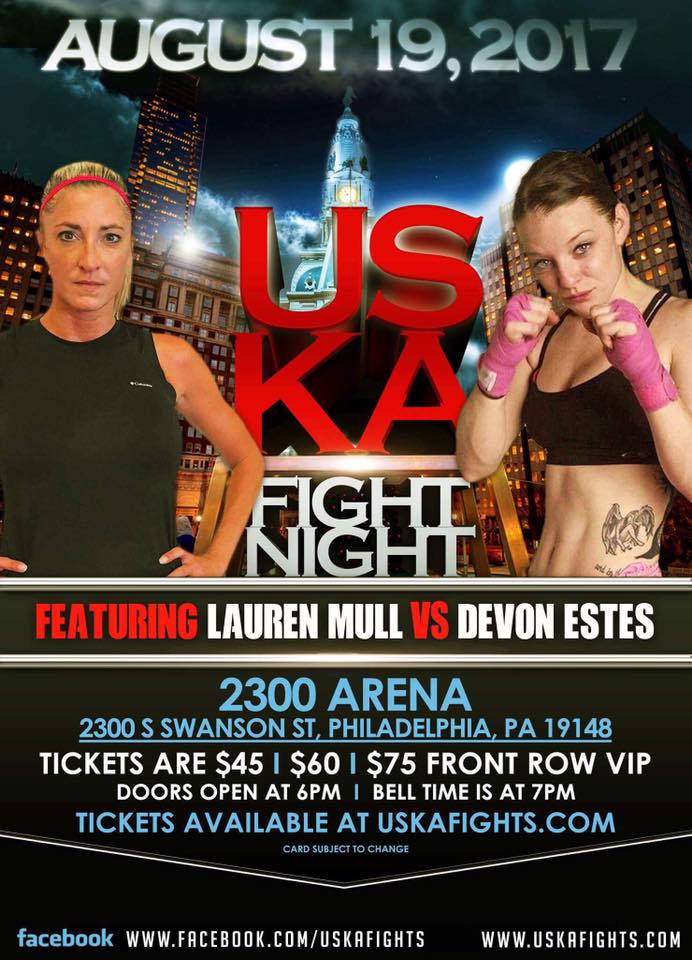