How To Prevent Injuries In Wrestling

Wrestling is one of the world’s oldest sports competed on various levels of competition. It ranges from youth wrestling to middle school, high school, collegiate, and at the Olympic level. Since the sport of wrestling is severely demanding on a wrestler’s body, it is important that they take proper care of themselves in season and out of season. Preventing injuries in wrestling is not a science and these are merely tips that may help one prevent injuries.

When someone is a wrestler they quickly learn a lot about their body. A wrestler knows the difference between being hurt and an injury. Being hurt is having a bruised eye, broken nose or some sort of condition that might be a burden, but won’t prevent one from competition. An injury is what prevents a wrestler from continuing to wrestle during the season. An injury might be a torn ACL, for example. A broken limb could also be a serious enough injury to prevent further contest. 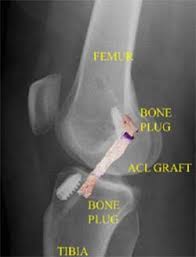 During a season of wrestling, most wrestlers will come across being tired and bruised. To prevent this from occurring and creating the risk of causing further damage to their body, they should be aware of their status. To treat this status of fatigue wrestlers should attain the proper amount of sleep. At least eight hours a night is a must during the season. Ice baths after competition and practice will help keep swelling down at joints and can eliminate many bruises which could potentially be a risk.

A common occurrence with those who wrestle is Cauliflower ear. Cauliflower ear is caused from severe bruising of the ear, which fills the structure of ones ear with fluid. It can be drained within a certain time period to prevent disfiguration of someone’s ear. Wearing headgear is the best defense against cauliflower ear. Headgear with a front pad will also protect one’s forehead from injury and most importantly will help prevent concussions.

Mouth guards also are not utilized enough especially at the high school level. The only people required to wear a mouth guard in high school are those with braces. A mouth guard will preclude tongues being bit through and teeth damage. It also helps avoid concussions when an athlete’s top and bottom teeth smash together causing a shock wave to the brain.

Injuries to wrestler’s knees and ligaments occur more commonly in wrestling than other sports due to the twisting of joints. The inside of the knee, MCL (Medial Collateral Ligament) and outside, the LCL (Lateral Collateral Ligament) occur from the leg twisting outward of the midline of the body. Sprains to these ligaments can be treated with RICE (Rest, Ice, Compression, and Elevation) and an athlete can return once pain abates. If tears are found, surgery may be required which will result in loss of time during the season.

The best method for a wrestler to avoid any injury or skin infection is by starting with making sure they shower immediately after competition. Skin infections only need around an hour to develop. After practice or an event use RICE (Rest, Ice, Compression, and Elevation). This will help prevent any problems that could occur if not taken care of. All wrestlers should warm up properly before practice, dual meets, and individual tournaments.

At practice most coaches have a warm up in place for the team which will lessen the possibility of injuries during practice. At meets and tournaments, athletes get warm and cold from the amount of time in between matches. Good advice for a wrestler is to always wrestle a match before their match. What that means is to roll around with a teammate to get your blood flowing. By getting your blood flowing before entering competition it allows oxygen to be acquired by the muscles quicker than if one entered the match cold. Sweating is a good indication of knowing you’re warmed up.

Eating healthy is also important to a wrestler throughout the season. Being able to diet properly the whole season will allow losing weight and maintaining it during the season more effortless. It will also prevent an athlete from fatiguing during matches which in the end will also counteract injuries. A strength and condition plan is also important to the health of a wrestler.

By James Lynch 17 hours ago