Oliveira was set to defend his UFC lightweight title against Justin Gaethje in the main event of UFC 274 earlier this month, but on weigh-in day, Oliveira came in heavy at 155.5lbs. For the first time in UFC history, a champion lost their title on the scale as Oliveira was stripped of his belt for failing to make weight. However, there’s more to the story, as after the weight miss it came out that the backstage scale that the fighters use to check their weights was allegedly tampered with. So while Oliveira thought he had made weight, he came in heavy on the official scale.

“He’s a very, very nice guy, and he got screwed in his last fight. There was some shenanigans with the scale. Some people had messed with the scale. Here’s a problem with these digital scales: Foreign fighters, they use kilograms and in America, obviously we use pounds,” Rogan said (h/t MMAjunkie.com). “These scales are calibrated and then the foreign fighters would reset the scale so they could switch it back to kilograms. So it f*cks up the whole calibration. He weighed in the night before the weigh-ins, and he was like, ‘Oh, I’m good to go.’ And then in the morning, he goes and shows up for the weight cut, and it’s a pound plus off, and that is directly related to this calibration thing.”

According to Joe Rogan, the UFC will now have security monitoring the backstage scale 24/7 during weigh-in week so that this doesn’t happen again. This mirrors the suggestion that UFC president Dana White recently made about having a guard.

“Now the UFC has a new policy because of this, where they have a guard who watches over the scale 24 hours a day,” Rogan said. “Like, they have shifts where no one can f*ck with the scale. If you’re gonna get on that scale to try yourself, they’re gonna watch you like a hawk, and you don’t press any buttons. You just get on, what’s your weight, get off. That’s it. These guys were monkeying around with the scale.” 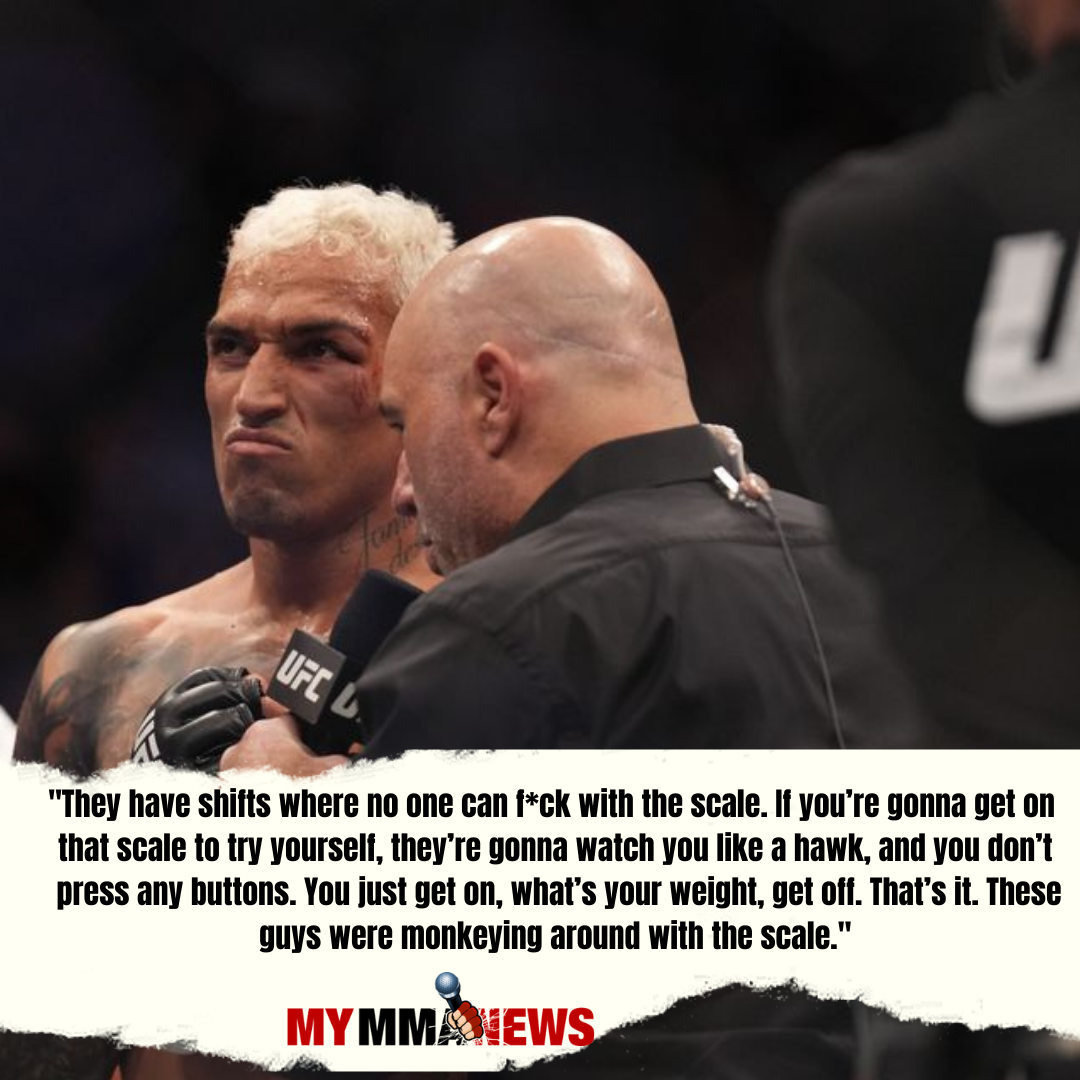 MMA journalist, podcast host, and handicapper for MyMMANews.com, MMAoddsbreaker.com, and Bookies.com. MMAOB Daily Podcast host. Join me LIVE @ 5 pm EST Monday and Tuesday for my live free podcast. Over 10 years of experience writing about MMA. I love this sport.