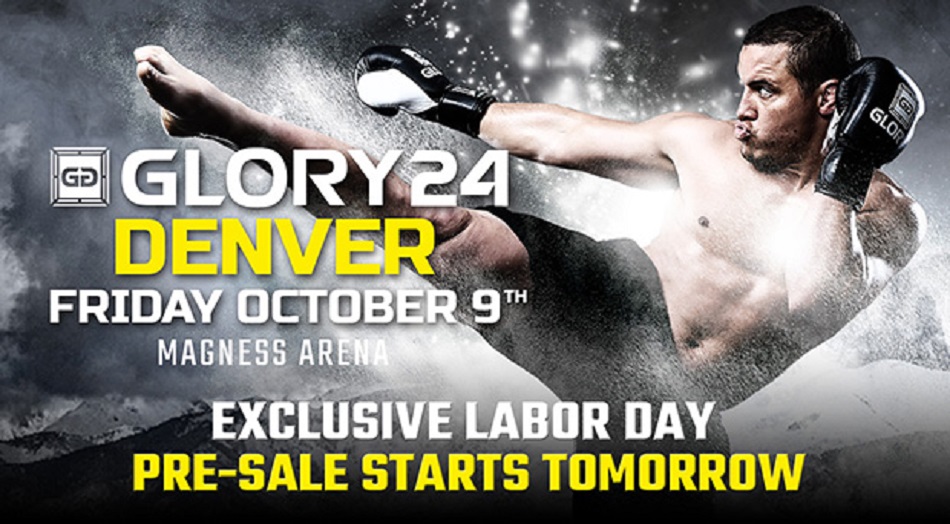 GLORY, the world’s premier kickboxing league, today announced the new headline and co-headline bouts for its next pure striking event, as Magness Arena in Denver plays host to GLORY 24 on Oct. 9.

The highly-anticipated trilogy fight between reigning GLORY Middleweight World Champion Artem “The Lion” Levin and bitter rival Joe “Stitch ‘Em Up” Schilling is on hold after Levin suffered an elbow injury during training.

Replacing Levin, in a match-up that pits two top-three middleweights against each other, No. 3 ranked Jason “Psycho” Wilnis of the Netherlands will now meet world No. 2 Schilling in the headline bout of GLORY 24.

“While it’s unfortunate that our champion was injured and we wish him a speedy recovery, we are still able to put together a fight between two of the very best middleweights in the world,” said GLORY CEO Jon Franklin. “It speaks to the depth of talent on our roster and Jason [Wilnis] stepped-up with no hesitation.

“The third fight between Levin and Schilling will happen in the GLORY ring at some point, but make no mistake; this match-up at GLORY 24 has huge implications for one of our deepest divisions.”

In the co-headline bout, kickboxing veteran and former MMA stand-out Pat ‘HD’ Barry makes his return to the GLORY ring, when he takes on hungry newcomer Karl Roberson. Barry was originally scheduled to face Mourad Bouzidi at GLORY 20 in April, but was forced to withdraw with a hand injury.

Additional bouts for GLORY 24, including the participants in GLORY’s one-night, four-man Heavyweight Contender Tournament, will be announced at a later date. The tournament winner will earn the next shot at GLORY Heavyweight World Champion Rico Verhoeven.

Tickets for GLORY 24 go on sale Tuesday, Sept. 8 at 10 a.m. MT and are priced at $150, $50, and $35. Tickets will be available for purchase at denverpioneers.com/tickets and the Magness Arena box office.

By Staff Report 8 mins ago