“Lightning” Matt Lyall has been a name that’s been there and done that in multiple facets of combat sports for many years. He is the USKBA Super Bantamweight Champion, the PKF bantamweight champion, and has competed with and on the same shows as some of the top talent the US has to offer.

On November 16th, the stakes haven’t lessened for Lyall as he steps back into the ring for a full rules Muay Thai bout against Kevin Rhodes that will serve as the main event for Gut Check Championship Series. This bout is a fantastic headliner to a night of action packed standup fights in store from up and coming prospects, to young pro’s looking to make a name for themselves, Gut Check Championship Series has everything a fight fan is looking for on the night. Never one to shy away from competition, Lyall prides himself on never handpicking fights. He’s lived by the same code since he started this lifestyle many years ago…“If you’re going to call yourself a fighter, then fight!!!”, Lyall says about the talent pool of athletes in the fight community around him.

Tune in as “Lightning” Matt Lyall and I have a fun chat about his experience in the fight game, how he feels about his upcoming opponent, Kevin Rhodes and so much more!

If you haven’t gotten tickets yet to Gut Check Championship Series: Rhodes vs. Lyall, please visit https://mvjgear.bigcartel.com/product/gutcheckmuaythai. These tickets are going fast and a night of standup combat action awaits!

Watch the full interview in the video box above. 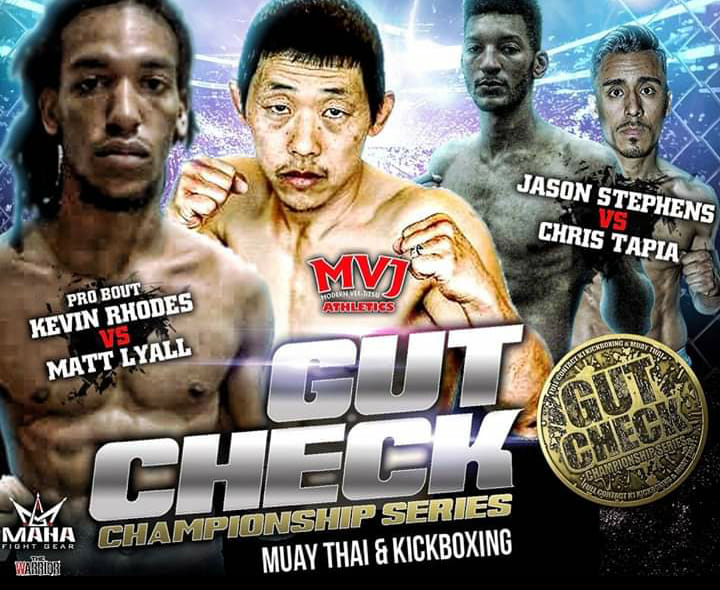 By Monta Wiley 18 hours ago

COVID-19 with a positive spin