This week, Logan Paul stopped in Dubai (the rumored location for Silva-Paul) to talk with promoter Tam Khan over dinner at Nobu restaurant.

The meeting comes after Dillon Danis leaked messages from Viktor Doria, asking Danis if he could partake in a grappling bout on a card main evented by Logan Paul versus former UFC middleweight champion and future Hall of Famer, Anderson Silva.

The message reads: “There will be a huge event in Dubai September 19. Main event is Anderson Silva vs Logan Paul boxing match. Would you like to fight a grappling match ADCC rules and referees?” 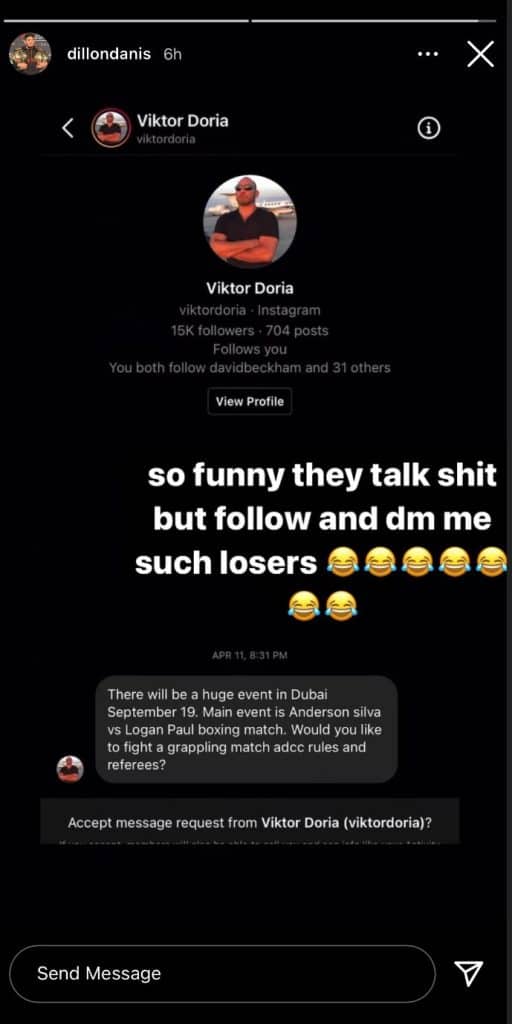 At first, the message was met with skepticism, however, this would all change when Logan’s manager Paul Levin confirmed that talks were underway. In an interview given to ESPN, Levin stated that he was unsure whether the bout would be an exhibition match or a professional contest, but was confident the fight would go ahead.

In line with the leaked location, Logan was spotted in Dubai eating dinner with promoter Tam Khan at Nobu restaurant. Alongside him was his podcast co-host Mike Majlak, middle eastern influencer Rashid Belhasa and FaZe clan’s manager Taav Cooperman.

It is unconfirmed whether discussions surrounded the fight itself, although Khan is the regions leader in influencer combat sports. On July 30th, he is set to stage the first-ever middle eastern influencer fight night with his show ‘Social Knockout’. A card headlined by YouTuber Adam Saleh and Tik Toker Walid Sharks.

Only time will tell whether Silva versus Paul will ever happen, although for better or worse, early reports suggest a strong likelihood.