The hype is on for the Mayweather vs McGregor match, poised to be so big it breaks all of previous financial records for a single fight performed by Mayweather, a 49-time winner. So much so, that Mayweather vs McGregor betting predictions are going through the roof debating whether the belt will go to the undefeated boxer and the two-weight UFC champion, with online sportsbooks pushing for supporters to place their bets as early as possible. 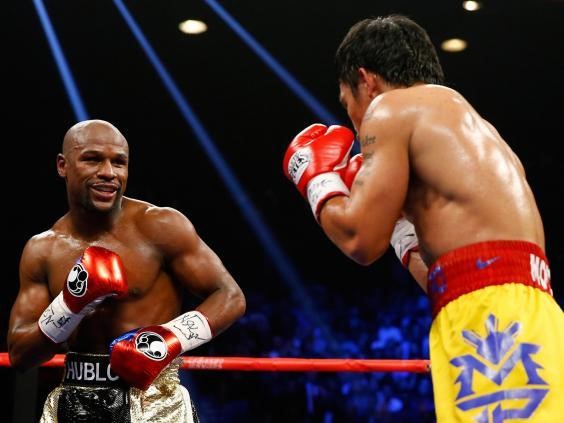 The men announced the match, which Mayweather said was the only fight to make him come out of retirement, on their Twitter pages back in June, after more than a year of negotiations which saw both men demanding a payout to the tune of $100 million, insisting that they were the main draw.

The 12-round contest is taking place on the 26th of August at the T-Mobile Arena in Paradise, Nevada, with both men weighing in at 154 pounds. Pay-per-view buys is expected to reach 5 million, bringing in up to $475 million, while sponsorships are projected to exceed the $20 million mark, while the projected Nevada betting on the fight stands at $30m.

The tension is high

The match could be make or break for McGregor, a two-weight mixed martial art world champion who has not boxed competitively since he was 16 – after only having training for the sport for four years. He is now making his professional boxing debut against a man widely considered to be one of the best defensive boxers on earth.

On his part, Mayweather is coming out of his second retirement after just one year and nine months to face “The Notorious,” and boasts of 19 years in the ring bejewelled with 49 professional fights and 49 wins, including 26 knockouts.

Mayweather first retired in 2007, just before New Year, after a fight entitled “Undefeated” saw him beat light welterweight champion Ricky Hatton, with the scoreboard reading 88-82, 89-81, 89-81 – all in Mayweather’s favour. He attributed his retirement to his desire to concentrate on his promotional company, Mayweather Promotions. Just 21 months later Mayweather announced his comeback with a match against Juan Manuel Marquez on the 18th of July of that year. Mayweather walked away from the Mexican boxer after 12 rounds, clutching victory.

Mayweather continued to challenge his opponents until the 12th of September 2015, when he jumped in the ring with WBA interim champion Andre Berto. In delivering another blow to the young boxing prospects career, Mayweather defeated him with the scoreboard reading 117-111, 118-110, 120-108. He then announced his second retirement, remaining undefeated.

If he wins this bout, Mayweather would top the flawless record set by himself and Rocky Marciono.
For his second return to the ring, Mayweather’s promotional company will be publicising the event, in place of the UFC.

So, will you be taking a punt on the biggest fight of the year? I suggest you take our advice and don’t miss out on what is meant to be one of the most intense and long-awaited events of 2017!