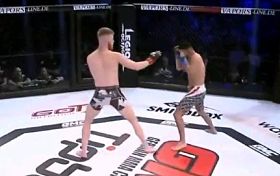 We first got notice of German prospect Maurice Adorf following his second professional victory back in February of 2019, where he TKO’d Serbian opponent Ridvan Nuka just 67 seconds into round one, improving his record to 2-0.

Adorf won his next fight over 4-0-1 opponent Martin Uhlich via split decision, improving his record to 3-0. His next fight would last just 67 seconds as well, with him losing via TKO. He was dropped with a right cross just 15 seconds in.

He made his way back to his feet before his opponent, Alexander Wiens, suplexed him. Adorf was right back to his feet after this too, but got caught with a left hook followed by a right head kick, and that was all she wrote, he’d 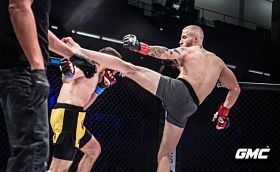 suffered his first defeat, bringing his record to 3-1.

Next came a bout against 3-2 opponent Yoann Soudan, who pressured Adrof throughout the entire first round. Soudan was looking for the takedown for the first four minutes of round one, but was unable to secure it..

With about 40 seconds left, Soudan secures a single leg and stayed in Adorf’s guard for the remainder of the round. Adorf lands a nice right hook to spinning back kick that sunk in right under Soudan’s elbow to start round two.

Soudan did his best to stay glued to Adorf, pressing him against the fence trying for takedowns. The referee 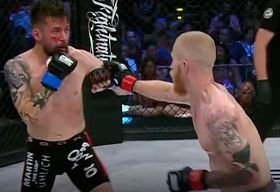 eventually separated them, allowing Adorf to land a beautiful combination that dropped Soudan. A few elbows later and the fight was all over.

Adorf followed this up with a unanimous decision victory over Jordan talent Ali Almasha’leh back in August of 2020. He improved his record to 5-1 with this most recent victory.

The thing that’s so appealing about Maurice Adorf, is that he fights exactly like his idol, Conor McGregor. It’s not like he does a couple similar things either, the way he fights literally mimics McGregor’s style to a T. 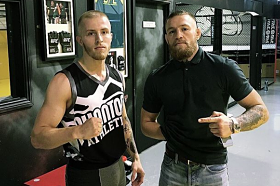 Firstly, Adorf’s a southpaw, like McGregor. He baits his opponents into his left cross, like McGregor, he turns his hips the exact same way and angle when he throws head kicks, he has the same exact whip of a snap kick, his lead uppercut is the same.

The way Adorf shuffles backward, the way he paws at his opponents with his right hand in order to open up his left, and lastly, he walks his opponents down, it’s the same exact way McGregor does. 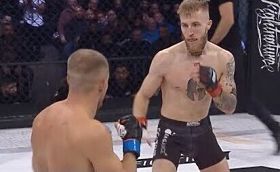 Everything he does, literally everything is that of Conor McGregor. The one difference between them is Adorf isn’t quite as effective with it. As you’ve read, he’s 5-1 as a professional, with three of his victories coming via decision, and two via knockout.

Through McGregor’s first six fights, he compiled a record of 4-2, all four victories coming via knockout, with both defeats coming via submission. McGregor was more effective on the feet, but not as defensively sound on the ground. 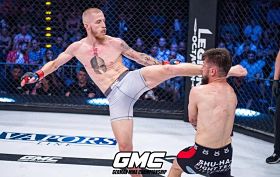 Adorf has already shown us he can defend himself on the ground, which is a great sign for the 25-year-old prospect. This German prodigy doesn’t break character either, he’s committed himself to fighting just like the man he idolizes.

What he’s done is truly spectacular. Whether he’s as effective with his striking or not, mastering the exact way someone like Conor McGregor fights, its extraordinary. Not just anyone could do something like that.

First off, we’ve never seen anyone in the history of mixed martial arts that fights like Conor McGregor, that’s one reason he caught on so well. It was a brand new style of dangerous striking; it’s like a boxing, or kickboxing style that’s done from a karate-like stance. It’s very unusual, but very effective as ‘The Notorious’ has shown us. 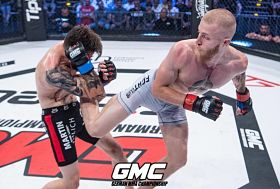 This kid will be able to be flown out to train at high profile gyms to help prepare McGregor’s future opponents, should Adorf want to do that. He’s also got a very similar frame, and is a similar size as well, having competed at both 145 & 155 lbs.

We’ve attached links to the fights he’s been a part of because we want you to see for yourself how identical he is to the most popular fighter of all-time, and one of the greatest fighters of all-time.

Do you think Maurice Adorf will make it to the big show, or will he stay the regional Conor McGregor?