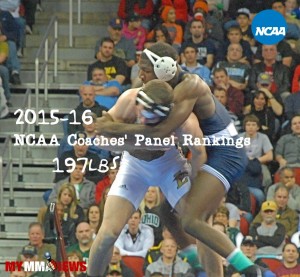 Morgan McIntosh is a two-time All-American senior at Penn State. Last year he finished 3rd in the nation after a 6-1 run at the NCAA national championship tournament. The No.2 ranked wrestler, J’Den Cox is a former national champion, during his True Freshmen campaign two seasons ago.

By Eric Kowal 22 mins ago