We learned a lot of vital information today about the upcoming Aug. 26 super fight between Floyd Mayweather Jr. and Conor McGregor.  The Nevada Athletic Commission convened today and approved a one-time waiver for 8 oz. gloves to be used in this fight. The judges for pay-per-view contest were also announced as Burt Clements, Dave Moretti and Guido Cavalleri. Roberto Byrd will serve as referee.

Regulation stated that 10-ounce gloves were to be worn but after a social media campaign nearly broke the internet, the motion passed unanimously today in Las Vegas in favor of the smaller gloves.

Chairman Anthony Marnell did say he was upset that Mayweather and McGregor had used the commission for promotion on social media.

“I do not like the Nevada State Athletic Commission being used as a pawn in a social media bout,” Marnell said. “Between these two, that part of this request pisses me off.

Mayweather had stated that he wanted to give McGregor more of a chance as the UFC lightweight champion wears 4-ounce gloves when competing in MMA.

Michael Mersch represented McGregor today and said, “We don’t have any health and safety concerns on the behalf of our fighter.”

Yesterday the Association of Ringside Physicians sent a letter to the commission opposing the lighter gloves. 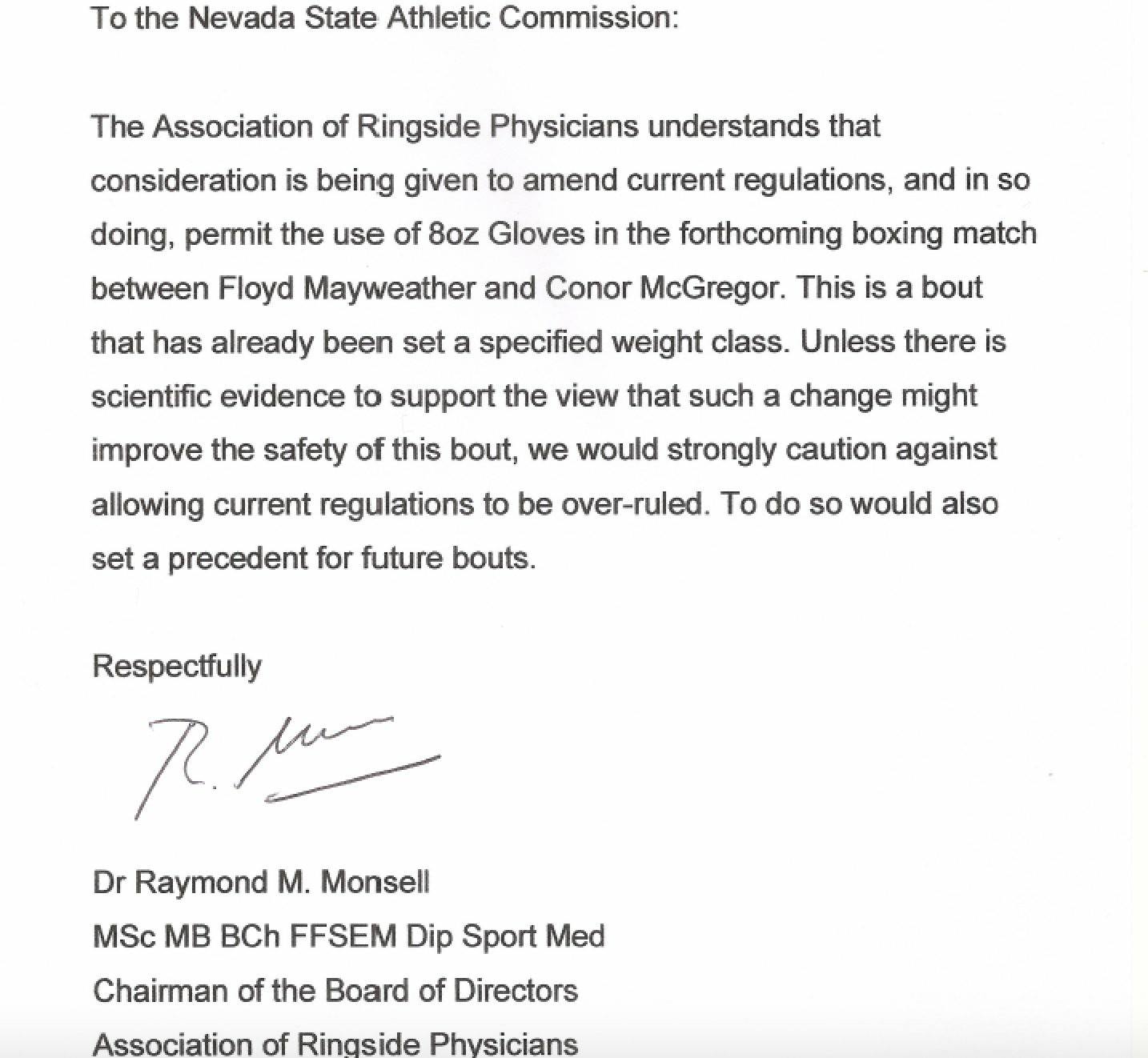