With 2020 just about in the books for the UFC, it is time to look forward to 2021. There were several new fighters added to the UFC roster because of the COVID-19 pandemic, with a lot of them making an impact already. Many fighters were already in the biggest fight promotion in the world, and continued to turn heads.

Here are six UFC prospects to keep your eye on in 2021. 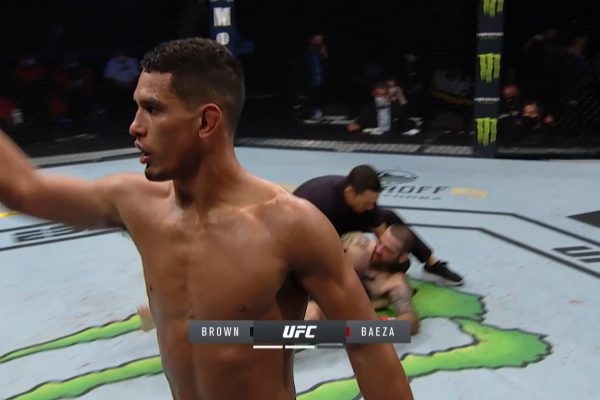 Baeza has gone 3-0 in the UFC, with two of those coming in 2020. In his ten fights, he has only gone to the decision once, and that was when he was awarded his UFC contract on “Dana White’s Contender Series.” ‘Caramel Thunder’ has looked nothing but sensational. In May, he knocked out Matt Brown and then followed that with a submission victory of Takashi Sato – both of those performances earned him performance of the night. Baeza might be one or two fights away from being ranked in the welterweight division.

Shore is another undefeated fighter that is one to watch. The Welsh fighter only fought once in 2020, but it wasn’t his fault as fight cancelations plagued him. He went through three different opponent changes before eventually fighting Aaron Phillips at UFC Fight Night: Katter vs. Ige. ‘Tank’ submitted Phillips in round two via rear-naked choke. While 2020 was not lovely to the UFC Welsh fighters, with two getting dominated and Brett Johns leaving for Bellator, Shore will be leading the charge for now. Shore has only seen the judges’ scorecards once in his career. He can finish opponents standing up, on the ground, or grind them down until they quit. Dana White deemed Shore ‘UK’s hottest prospect’ last year, and he wasn’t lying. 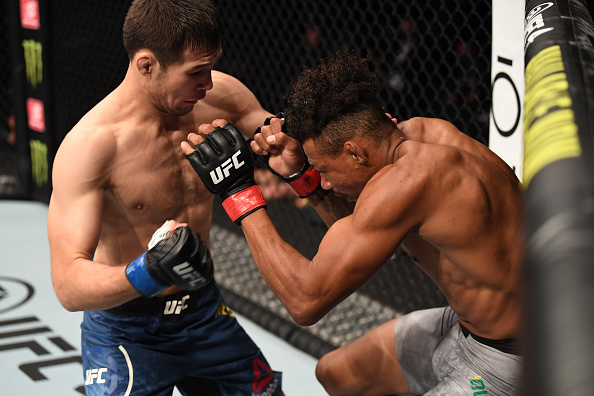 I will continue with another undefeated fighter. Rakhmonov is a beast, he is a former M-1 champ with a 100% finish rate. He has never faced someone with a losing record on the regional scene. While he isn’t the best talent on this list, he is young and only getting better. The thing that convinced me to put him on this list over others is his win over Alex ‘Cowboy’ Oliveria. Oliveria is tough out for anyone. Not only did Rakhmonov fight him in his debut, but he finished him in round one via guillotine choke.

Klein made a significant impact in his UFC debut at UFC 253 when he finished City Kickboxing product Shane Young in round one. The one negative was that he missed weight, which he will need to fix. He is the first Slovakian UFC fighter who is proud to represent his country. Klein will be riding an eight-fight winning streak going into 2021. Continuing with the theme of this list, he boasts 16 finishes in his 17 wins. Klein has vicious knockout power and is very active on the ground if the fight goes there. There is no doubt the featherweight division was put on notice when Klein made his debut. Watch for this guy. 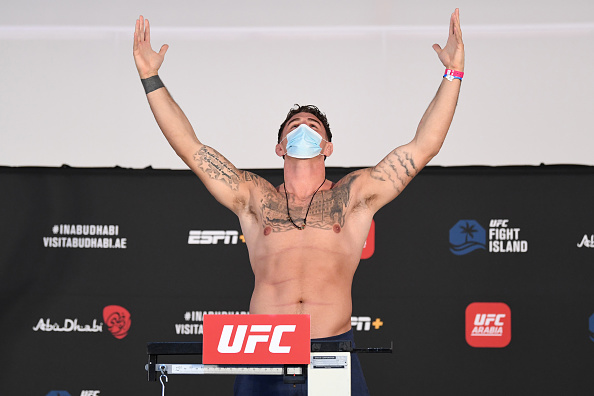 Before this year, Aspinall was best known as one of the training partners of Darren Till and one of the sparring partners on boxing champion Tyson Fury. It is safe to say Aspinall has made a name for himself in the UFC heavyweight division. It really would have been special to have his UFC debut in his home country of England, like it was supposed to be, but COVID-19 put a stop to that. Instead, he made his debut on the same card as his Till on ‘Fight Island.’ He disposed for Jake Collier in 45 seconds and then three months later finished then-undefeated French fighter Alan Baudot, in less than two minutes. There have been some fantastic new additions of UFC prospects to the promotion’s heavyweight division this year, such as Chris Daukaus and Alexander Romanov, but Aspinall is the one to keep an eye out for. He is a great boxer, but his jiu-jitsu game is even more special. 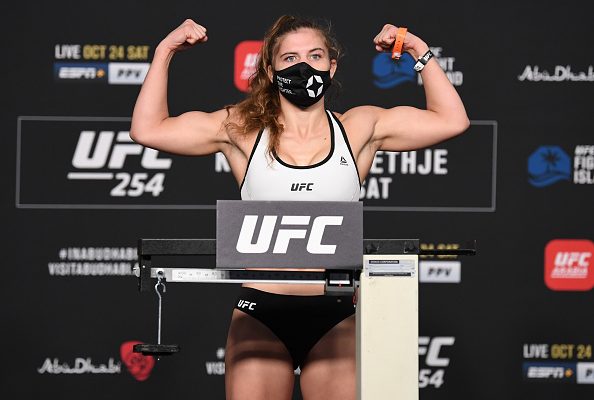 At only 23 years old, Maverick will be a problem for the UFC women’s flyweight division. She finally made her long-awaited UFC debut in October on ‘Fight Island’ against another bright prospect Liana Jojua. “Fear The” Maverick defeated her via doctor stoppage after she opened up a nasty cut on Jojua’s nose with a perfect place elbow. Before the UFC, she won the Invicta FC Phoenix Series 2 flyweight tournament by defeating three women in a single night. Maverick has excellent wrestling and jiu-jitsu to go along with it. Her striking is developing, and when it gets to where she wants it – the sky will be the limit.

I know, I know. Procházka and Crute are both currently top 15 ranked fighters in the light heavyweight division. Both of these guys are prospects turned contenders; however, I don’t think enough people know who they are. Procházka might be ranked No. 5, but he has only had one fight in the UFC. Crute has only been in the promotion for two years. I just felt compelled to mention these two guys.

A few other names of UFC prospects that I had to mention are Dricus du Plessis, Arman Tsarukyan, Tafon Nchukwi, Ilia Topuria, Adrian Yanez, Jimmy Flick, and Cheyanne Buys.

Do you agree with this list of UFC prospects?

MMA and Entertainment Journalist. Graduated from CSUN with a B.A in Journalism. I love MMA and have been watching consistently since 2004.