We have an incredible night of fights coming our way this weekend at UFC Vegas 17 to close out 2020. It’s too bad we’re not getting a New Years card like we usually do, but with UFC 256 and then UFC Vegas 17, it’s hard to complain too much.

One of those incredible match ups goes down in the co-main event of the evening between top bantamweight contenders Jose Aldo and Marlon Vera. We couldn’t have asked for a better match up, this is almost as exciting when Aldo versus Marlon Moraes was signed. 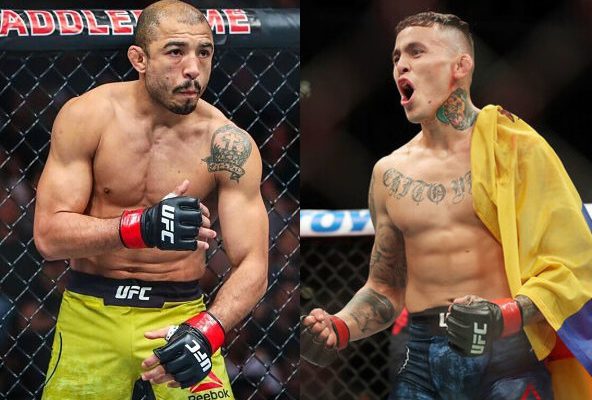 Jose Aldo is one of the most legendary fighters in this sports history, well before even coming to the UFC. He started out in the WEC back in 2008 with a record of 10-1, and quickly went 5-0 in 17-and-a-half months, before challenging Mike Brown for the WEC Featherweight Championship, the man that defeated Urijah Faber twice. 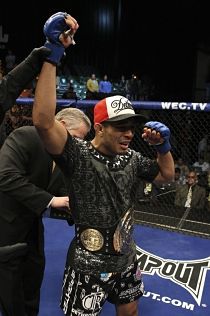 Aldo stormed right through Brown and picked up his sixth consecutive knockout victory, and he was now a world champion. Aldo’s actually the youngest world champion in the history of the sport, not Jon Jones. Just an interesting fact most don’t know.

The Brazilian then defended his title against Urijah Faber (unanimous decision) and Manny Gamburyan (KO), before being promoted to UFC Featherweight Champion. His title defending UFC debut against 21-0 professional kickboxer Mark Hominick was a fight for the ages, a fight he won via unanimous decision. 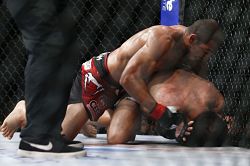 Mendes in round one. His next bout came against former UFC Lightweight Champion Frankie Edgar, who he also defeated via unanimous decision.

He won his next three bouts against the likes of Chan Sung Jung (TKO), Ricardo Lamas (unanimous decision), and Chad Mendes (unanimous decision) in their rematch, which was another fight for the ages, giving him his ninth consecutive title defense, before finally losing for the first time in nine years to Conor McGregor.

Aldo rebounded by defeating Frankie Edgar again, again via unanimous decision. He looked good in their first encounter, but he completely shut Edgar down this time around. Aldo won the interim UFC Featherweight Championship in this bout, and was later promoted to undisputed champion.

Next came back-to-back TKO defeats to Max Holloway, both of which came in round three, before he came back and finished Jeremy Stephens and Renato Moicano, both via TKO.

This was absolutely incredible to see, we were getting the Jose Aldo of old, and it’s not at all easy finishing either of those talents.

Since this however, Aldo’s dropped his last three-straight to Alexander Volkanovski (unanimous decision), Marlon Moraes (split decision), and Petr Yan (TKO). The Moraes decision was heavily disputed, and if his fight with Yan were a three rounder, he would have won the 29-28 decision. 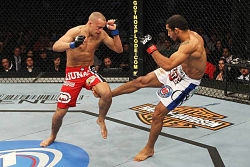 It wasn’t three rounds though, and he gassed out, and was eventually finished in the middle of round five. This was also the Jose Aldo of old; he was throwing leg kicks, and he was very effective with them, forcing Yan to switch stances. His boxing also looked great, as always, he just couldn’t keep that pace throughout the fight.

El Salvadorian talent Marlon Vera came to the UFC back in 2014 with a record of 6-1-1, and though he initially went 1-2 after signing, he won his next three straight over Ning Guangyou (unanimous decision), Brad Pickett (TKO), and Brian Kelleher (armbar).

He also submitted (triangle choke) Roman Salazar in his first promotional victory, and went 1-0 on The Ultimate Fighter: Latin America with a KO (upkick) victory over Henry Briones, someone Cody Garbrandt couldn’t finish. 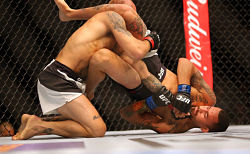 Vera would lose his next two outings to John Lineker and Douglas Silva de Andrade, both via unanimous decision, before going on a serious win streak. 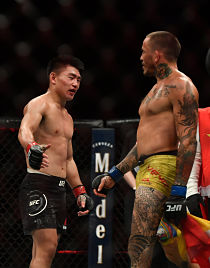 naked choke), Frankie Saenz (TKO), Nohelin Hernandez (rear naked choke), and Andre Ewell (TKO). A couple of those would have been bigger names if he didn’t end up having to fight late replacements.

This five-fight finish streak was ended when he moved up to featherweight to challenge fellow bantamweight prospect Song Yadong, and while he certainly won two rounds of this fight, he lost the unanimous decision. It was a terrible decision, but hey, that’s combat sports judges for ya. 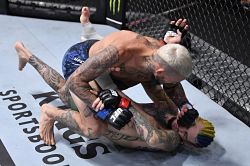 Last came a bout against one of the brightest young prospects in the sport, Sean O’Malley. While O’Malley looked incredible early on, Vera returned one of those leg kicks and killed all the nerves in O’Malley’s leg.

This eventually put O’Malley on his back, where he ate one of the most vicious elbows any of us will ever see, leading up to Vera’s TKO victory. ‘Chito’ is still only 28-years-old as well, he actually just turned 28 two weeks ago. We still have at least three years until he’s at his best, at least. 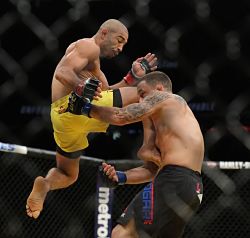 Jose Aldo just turned 34-years-old in September, his best days are certainly behind him, but he’s still a top contender with a giant wealth of skill. He’s still an elite fighter that’s competitive in every outing.

There are so many possibilities when thinking of how this fight could go. They’re both Brazilian Jiu-Jitsu black belts, and they both have about as good of Muay Thai as we see in the sport today.

Aldo certainly has the power advantage, but Vera’s never been finished, all six of his defeats are via decision. A Song Yadong that cut ten less pounds than usual couldn’t knock him out, this one’s probably no different.

However, this fight is scheduled for three rounds, Aldo can usually keep a pace for 15 minutes. It’s not guaranteed he will though; he was finished by Max Holloway twice in round three, and Vera’s similar to Holloway. 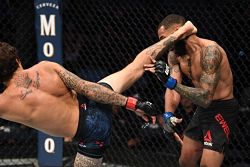 Vera’s not primarily a boxer like Holloway, he mixes his strikes up as much as anyone on the roster, but he is a volume fighter, and he doesn’t move backward, ever.

Vera comes forward throwing his dangerous strikes for the entire fight, every time he fights, and he doesn’t slow down.

It’s absolutely possible he’s able to wear Aldo out, and maybe even get the finish. It’s also possible Aldo is able to out-strike ‘Chito’, that’s what makes this fight so compelling. It’s doubtful it’ll hit the mat, but it is mixed martial arts, anything can happen.

The former champion stand 5’7” with a 70” reach, and Vera stands 5’8” with a 70.5” reach. This also makes things very interesting, because as you see, Vera’s slightly longer than Aldo. Will that play a factor?

Who wins this epic clash of the South American bantamweight contenders?