Interview with Peter Barrett above

The New Englander is back, and looking to dominate his way to his first UFC victory. Of course I am speaking about “Slippery” Peter Barrett, a fan favorite in Plymouth, MA and looking to quickly become a UFC fan favorite as well. Barrett actually was hoping to be back in the cage a lot sooner, but he is looking to close out the crazy year of 2020 in style.

“If I didn’t have a medical suspension I would have been back much sooner,” Barrett told MyMMAnews. “They [UFC] are scheduling people left and right. The UFC has invested in Chase Hooper, they are building him up. Thankfully I’ll be on the other side of the cage, when I knock this kid out everyone will remember my name,” Barrett continued. “You love someone until someone beats them and then you jump on their hype train.”

Although an insane effort and pace in his UFC debut, Barrett came up short against Youssef Zalal back in August. As many in the mixed martial arts world describe it, win or learn, and Barrett feels he did learn a ton from his first time in the coveted octagon. One thing most already knew about “slippery Pete” is it’ll never be an easy fight for his opponent.

“You will need a gun to stop me,” Barrett explained. “Try your f*cking luck, hit me with the kitchen sink and I won’t stop. My heart and desire to do well and excel is incredible, that’s something you saw with the Zalal fight,” Barrett continued. “I saw how good my jiu jitsu was to keep that motherf*cker off my neck for that whole second round, we get in the lab, study with Joe [Lauzon] and be ready for the worst case scenarios.”

Barrett feels as though he can win this fight from several different areas, but stated that the game-plan is to keep this one on the feet. Although looking to strike with the 21 year old grappling specialist, Barrett feels confident anywhere this fight takes him.

“I’m gunna put him to sleep with my hands,” Barrett stated. “[Alex] Caceres did an awesome job last time they fight, he’s [Hooper] super awkward on his feet. He’s still learning, on the ground it’s a different story, he’s a brown belt,” Barrett continued. “It’s a fun fight, I want to expose his striking.”

Watch the full interview linked above. 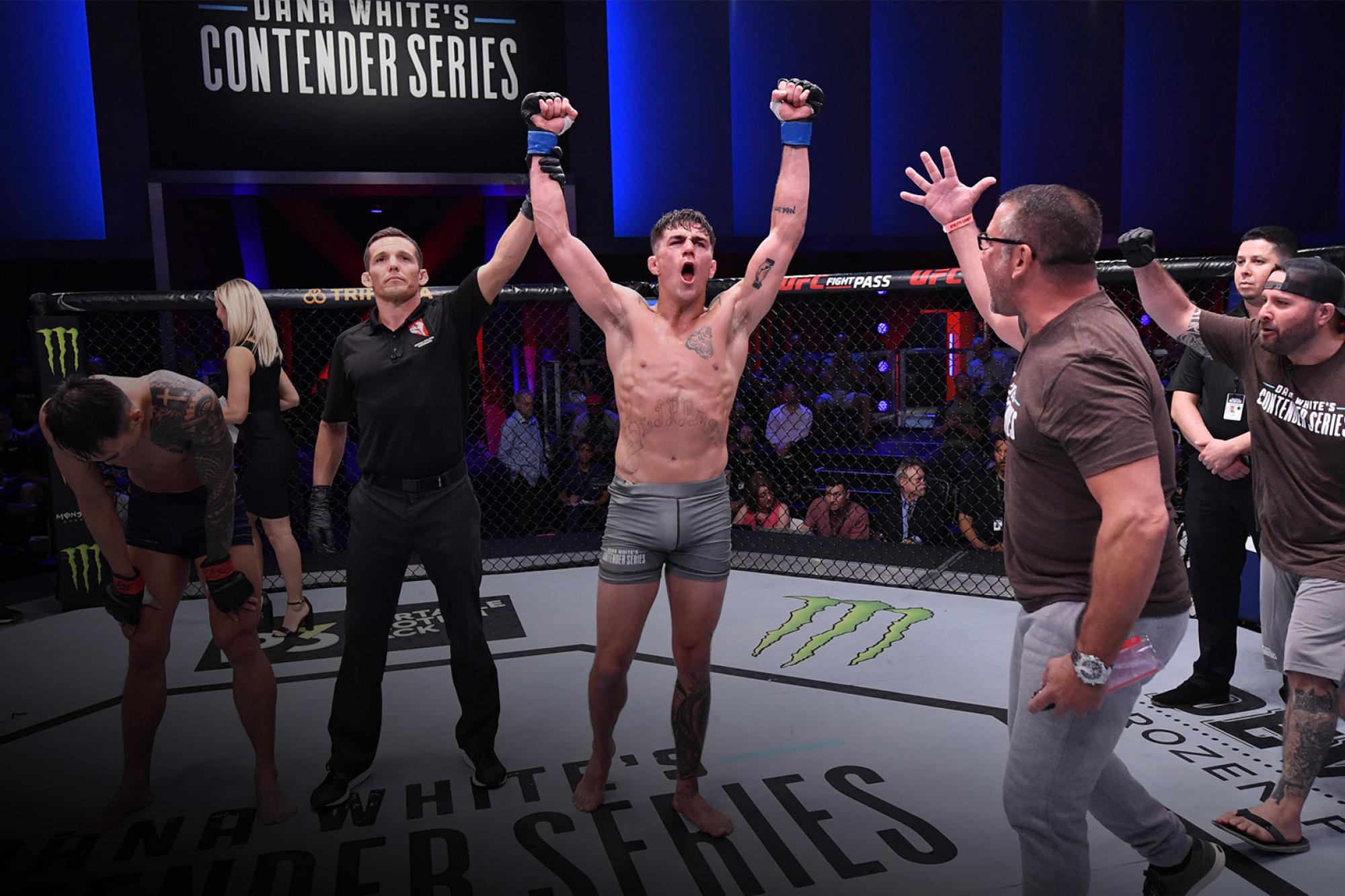 By Staff Report 15 mins ago

By Ryan Truland 58 mins ago

Tarps Off Sports announces ‘Brawl by the Falls’ to take place in Niagara Falls on Dec. 18

Anatoly Tokov on fighting alongside brother Vladimir at Bellator 269