As has been the case plenty of times throughout Davis’ illustrious career, his wrestling pedigree was the deciding factor, nullifying the world-class jiu-jitsu of the Renzo Gracie-trained former champion. For nearly 25-minutes, “Mr. Wonderful” maintained top pressure on the New York-native, frustrating McGeary and putting him into desperation mode in the fifth and final round. McGeary fought valiantly to both stop and submit the longtime Alliance MMA-product, but in the end, Davis took home the unanimous decision with scorecards of 50-43, 50-45, 50-44.

McGeary, who suffered the first loss of his young career, was humble in defeat, admitting that while Davis was the better man throughout their main event fight, he will be back to reclaim what he feels is rightfully his.

Returning home to Southern California with a new belt in tow, Davis now sets his sights on his pregnant wife, who is due to give birth to his second son on Monday. 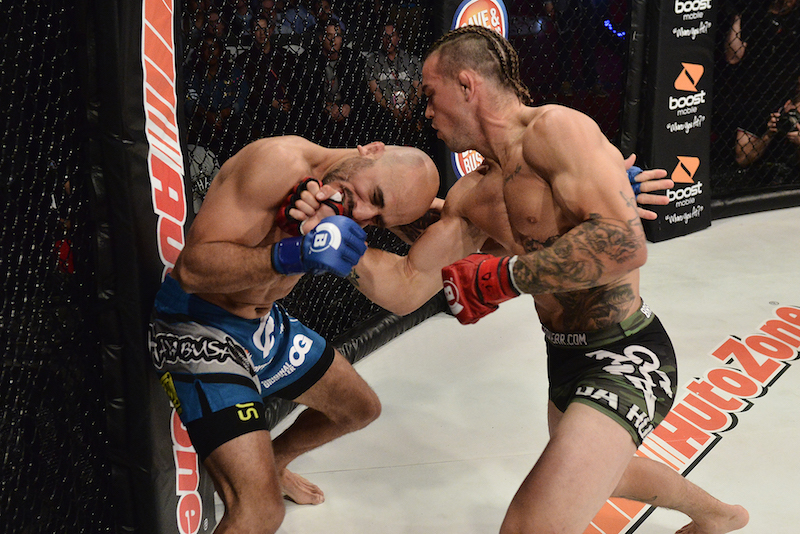 In an absolute barnburner, Brennan Ward and Saad Awad went toe-to-toe for the 86 seconds they shared the Bellator MMA cage together, doing their best imitation of Rock Em’ Sock Em’ Robots until “Irish” caught “Assassin” with an uppercut that sent the Palestinian face first into the canvas. With the knockout, Ward moves into sixth place on the all-time list of KO’s under the promotion’s banner, and now sets his sights on a future matchup against the elite at 170-pounds.

Neiman Gracie Tells the MMA World, ‘Gracie Jiu-Jitsu’ is Back

After finding out they would be competing live on SPIKE less than 24 hours before entering the Bellator MMA cage, Neiman Gracie (5-0) made quick work of Rudy Bears (16-15), latching on to an arm bar 4:39 into the opening frame and forcing the tap from “Bad News.” Gracie was able to add to his impressive submission record, which has now been stretched to three victories in three Bellator MMA appearances, including a pair of first-round submissions. The 27-year-old was also able to please Royce Gracie, who was cornering his bout for the evening. 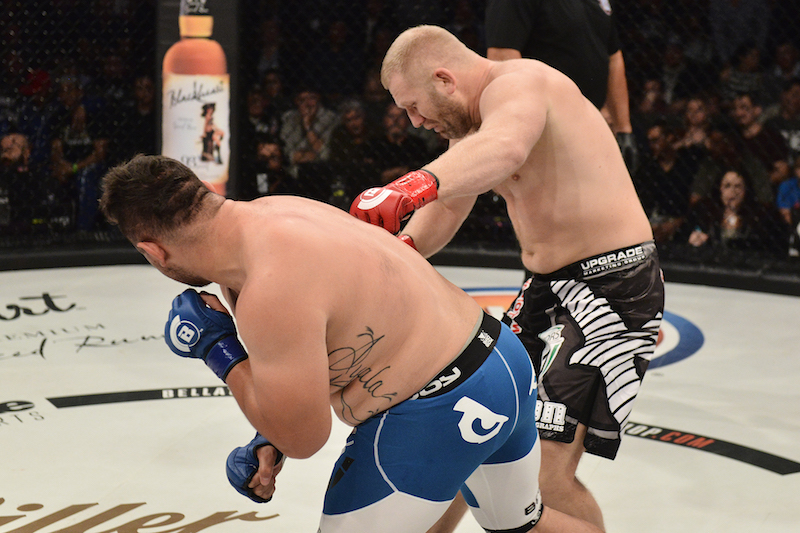 In what many people thought would be a triumphant return to the sport of MMA for Sergei Kharitonov (23-6), Javy Ayala (10-5) spoiled that, sending the Russian heavyweight to the canvas in a heap following an overhand right 16 seconds into the matchup. With the victory, “Eye Candy” immediately inserted himself into further big-time match-ups, namedropping both Bobby Lashley and Matt Mitrione during his post-fight interview. In his last two outings, the Northern California-native has finished his foe in the opening round via stoppage.

By Matt Bricker 14 hours ago