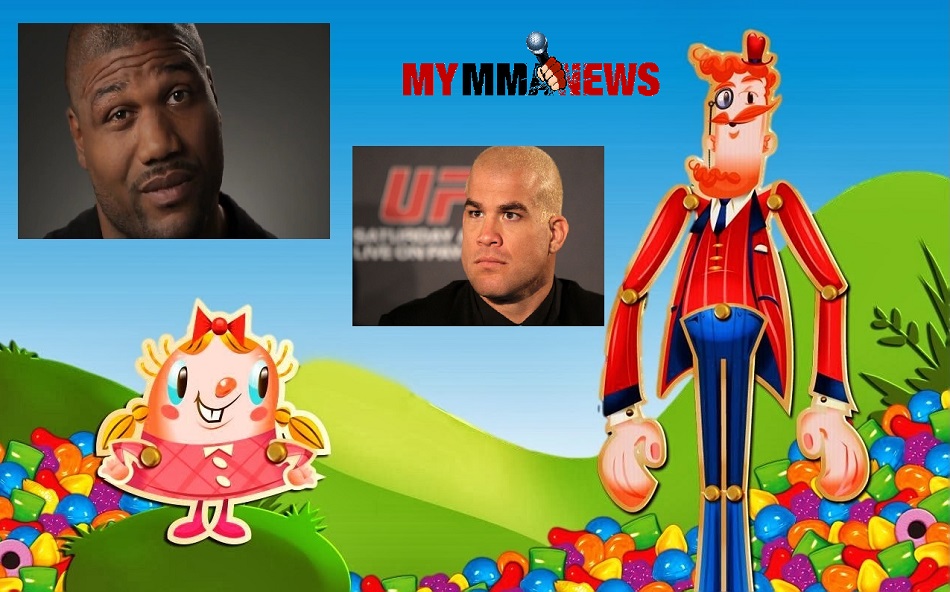 If one thing pisses off former UFC light heavyweight champion, Quinton ‘Rampage’ Jackson, it is receiving Candy Crush requests while he is doing his social networking on Facebook.

Even if you’ve never played games on Facebook you can still find yourself irritated by constant requests from your friends that you join in. Half the time they may not even be aware that the app is sending that request on their behalf.

Rampage has had enough and is asking his former training partner turned would be opponent while both were employed under the Bellator banner, Tito Ortiz, to knock it off.

“How do I get Tito Ortiz to stop sending me candy crush requests on FB?” Jackson asked.  “I’ve already asked dude once.”

Adding in on the fun, Ortiz replied “@rampage4real come on home I need life’s.  We used to play Xbox all the time.”

If you haven’t heard of Candy Crush, it’s the mobile game that’s so addictive, players say they have left their children stranded at school, abandoned housework and even injured themselves as they try to reach new levels of the game.