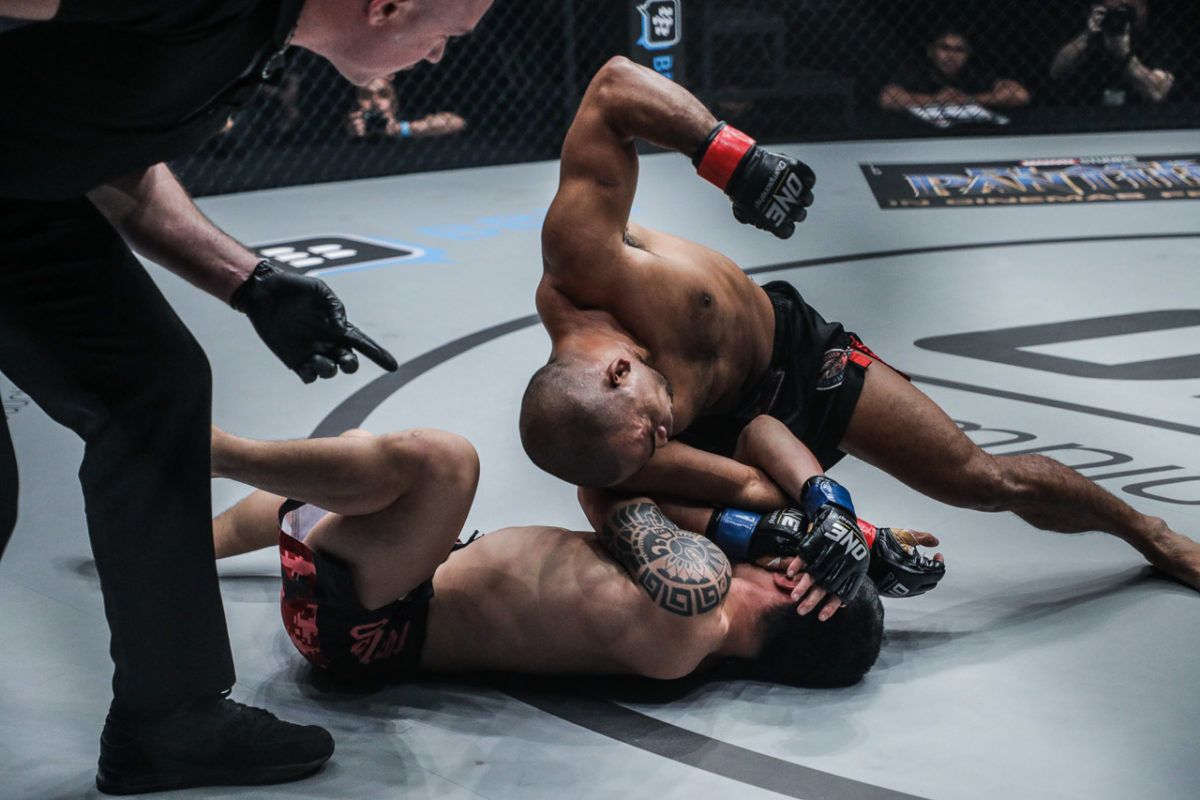 Rene Catalan had a turbulent start to his tenure in ONE Championship when he joined the promotion in 2013, but he has completely turned his professional mixed martial arts career around.

In his first three years with the organization, having his hand raised was elusive as he suffered a pair of losses at the hands of future strawweight kingpins Alex Silva and Dejdamrong Sor Amnuaysirichoke.

Despite the series of setbacks, Catalan still found motivation to train and wear his four-ounce gloves, which paid dividends when he finally claimed his first victory as a mixed martial artist in September 2016.

“While some athletes get discouraged with early failure, I used my losses in my career as motivation to get back on my feet,” he said.

Catalan is now riding high on a four-bout winning streak and looks to break into the upper echelon of ONE Championship’s talented strawweight division.

The 39-year-old Iloilo City native is booked to lock horns with Indonesian prospect Stefer Rahardian on the undercard of ONE: REIGN OF KINGS, which takes place at the 20,000-seater SM Mall of Asia Arena in Manila, Philippines on July 27.

Although he has beaten formidable foes in his weight class such as Zhang You Liang, Adrian Mattheis, Bu Huo You Ga and Peng Xue Wen, Catalan believes that a victory over Rahardian will leave no doubts that he belongs to the elite strawweight bracket.

“Though I was able to win four fights in a row, I was still criticized by many followers of the sport online. You can’t please everybody, but in my opinion, a win in this bout will validate my claim as a contender in my division,” he stated.

“My opponent is no pushover. He wants to establish himself as the next strawweight contender for the title, but he needs to work hard for it because I also want that spot,” Catalan added.

Hailing from Jakarta, Indonesia, Rahardian owns a perfect 9-0 record as a prizefighter, with five of his nine victories coming by way of submission.

Following a white-hot run in the flyweight division, Rahardian made a successful debut as a strawweight this past May, submitting Himanshu Kaushik in the first round.

Catalan is well aware of his opponent’s grappling expertise and is diligently training to refute his bread-and-butter as well as his explosive skill set.

“I am preparing a solid defense against him, but of course, I am mixing in some offense as well. I am not sure if he will expect that I will add a twist to my game,” he explained.

With his determination to gain and learn from his experiences, Catalan is certainly on the right track towards achieving his objective to be a potential title contender.

“My latest win is a testament to how much I have learned from my past experiences. The people can criticize me and my team, but we won’t stop pushing forward. All we want is to succeed and give glory to our country,” he shared.

Catalan made no secret that his ultimate goal is to vie for the coveted ONE Strawweight World Championship, but he knows that he needs to put in the work to turn his dream into reality.

“My target is to compete for the ONE Strawweight World Championship. I know before I get to that stage, I still have a lot of work ahead of me. I am ready to get down and dirty to earn that opportunity,” he ended.