Anthony Joshua meets Carlos Takam inside the ring on October 28 and will defend his WBA (Super), IBF, and IBO heavyweight titles at Principality Stadium, Cardiff, Wales.

According to Betway Insider, Joshua is the odds-on favorite to be named the BBC Sports Personality of the Year (SPOTY). If the 28-year-old Englishman does win SPOTY, which is voted for by the public and has been handed out annually since 1954, he would become just the fifth different boxer (and sixth overall) to do so.

Joshua has been favorite ever since he retired the great Wladimir Klitschko in front of 90,000 people at Wembley Stadium in April. The ceremony will take place in Liverpool, England on December 17, little less than two months after the Takam fight.  Joshua should win his upcoming mandatory title defense comfortably, but his status as SPOTY favorite probably wouldn’t change even if he loses.

Joshua is currently a unified world heavyweight champion, having held the IBF title since 2016, and the WBA (Super) and IBO titles since April 2017. At regional level he held the British and Commonwealth heavyweight titles from 2015 to 2016. As an amateur, Joshua represented Britain at the 2012 Olympics, winning a gold medal in the super-heavyweight division; he also represented England at the 2011 World Championships, winning silver. In 2014, The Ring magazine named him their Prospect of the Year.

As of October 2017, Joshua is ranked as the world’s best heavyweight by the Transnational Boxing Rankings Board and BoxRec, and second best by The Ring. His knockout-to-win ratio stands at 100%. Joshua is the second British boxer, after James DeGale, to win both a gold medal at the Olympics and a world title by a major professional sanctioning body, as well as being the first British heavyweight to do so. He is also the second boxer, after Joe Frazier, to win a world heavyweight title whilst still reigning as Olympic champion at the top weight.

The fact it is not an Olympic year has helped Joshua’s chances of winning SPOTY. On the 16 occasions the award has been held in an Olympic year, 12 of the winners have been Olympians. Each of boxing’s five victories, meanwhile, have been in non-Olympic years. If Joshua does win, it will take boxing alongside tennis, and only behind Formula One and athletics, as the most the most prolific winning sport in SPOTY history.

Betway’s Alan Alger said: “AJ is a very solid shot to be crowned this year’s BBC Sports Personality of the Year, and it looks unlikely that Takam will put a spanner in the works. Even if Takam springs a surprise, it’s likely AJ would still remain favourite. The public won’t be forgetting his monumental victory over Wladimir Klitschko too quickly, and it’s that bout that cemented his place as SPOTY favourite.” 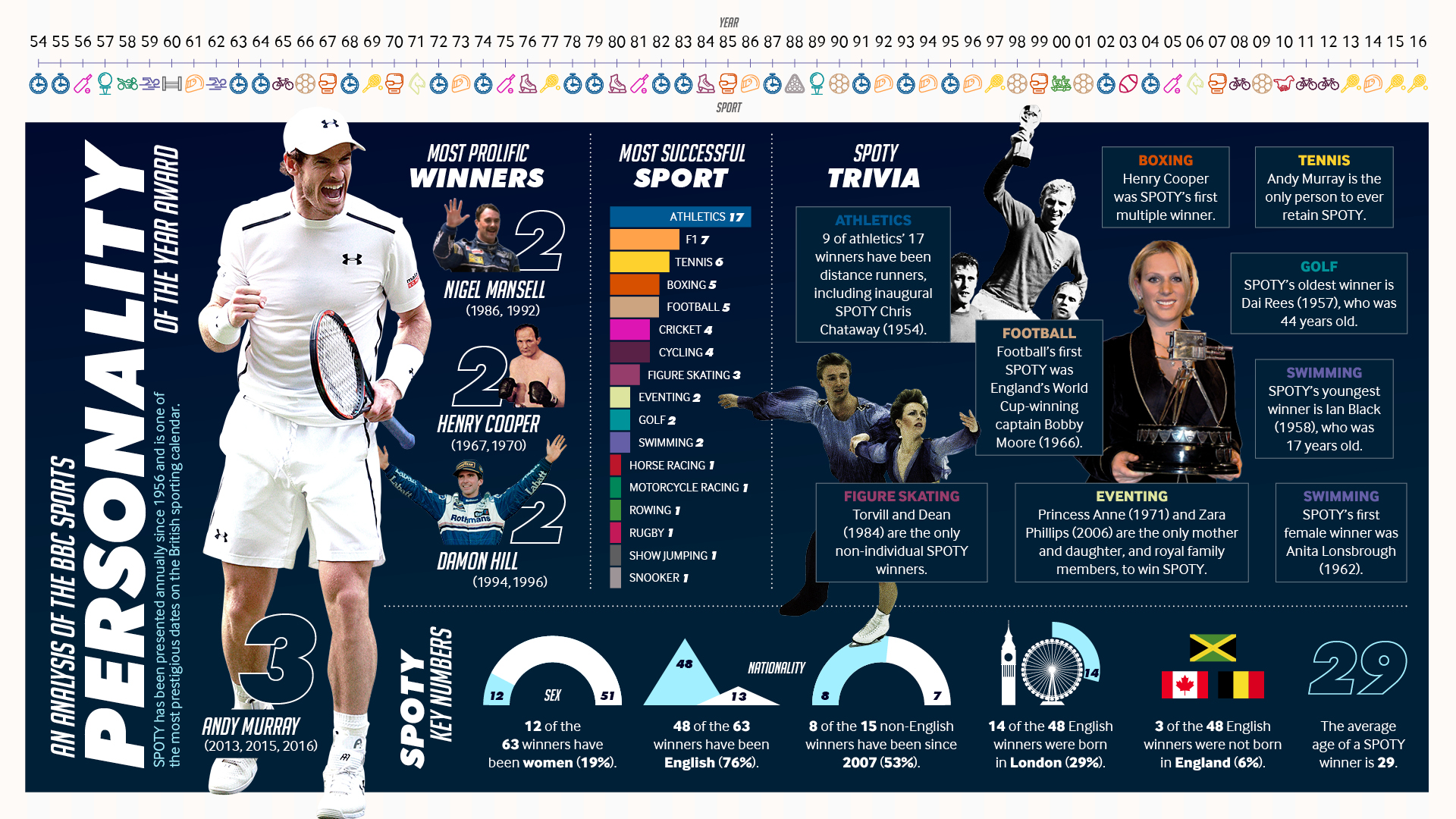