Seven years ago today, Jon Jones defeated Daniel Cormier by unanimous decision at UFC 182. This was Jones’ eighth title defense of his UFC light heavyweight strap. The fight was one of the most anticipated title fights in UFC history because of the bad blood between the two.

Jones and Cormier start the fight off with a BANG! The two trade punches, knees, and kicks right away at close range. After 30 seconds of trading blows, Jones catches a kick and takes Cormier down. DC gets right up but it cost him- it was the first time he had been taken down in his MMA career. Cormier tries a takedown of his own but gets denied. Jones pushes the pace with combos and kicks while DC tries to clinch and use his dirty boxing. The two clinch a few times in the last 2 minuets with Jones landing elbows and knees and DC landing uppercuts. 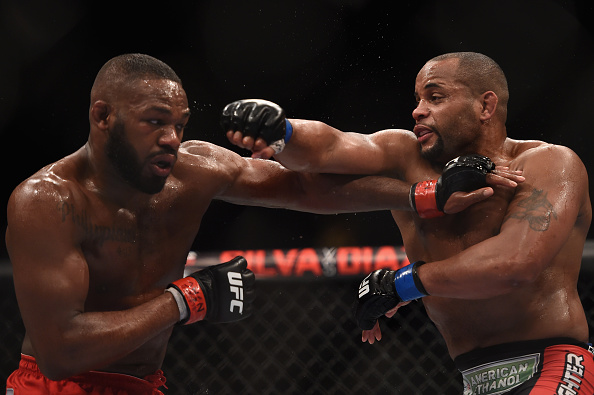 The second rounds starts off with a big kick to DC’s mid-section. Cormier starts to put the pressure on throwing ones and twos and heavy kicks up the middle. Cormier shoots in for another takedown, but Jones stuffs it. Jones gets DC against the cage and pressures in making DC carry his weight. The two break, DC clinches and uses his dirty boxing to get Jones to retreat. They clinch several more times with Jones landing elbows and a strong body shot and DC landing heavy uppercuts. DC keeps forward pressure on Jon forcing the heavy action. Jones tries to keep DC at bay with kicks and knees up the middle, but DC keeps pressing forward with three punch combos. The round ends with the two trading blows and DC getting the better of the strikes in.

Round three starts with both men meeting dead center in the octagon. Jones starts the round with a few kicks that just graze DC. Cormier lands some kicks of his own keeping steady pressure on Jones backing him up against the fence. The first eye poke of the fight occurs after the two get in close. Fight resumes and Jones lands a heavy kick to DC’s stomach. Jones shoots in for another takedown, but DC stuffs it and switches it to his own takedown. Jones stays balanced and defends the attack. The two clinch against the cage with Jones again landing elbows and DC rattling off combos. Jones throws another hard body shot to DC’s mid section before clinching again. They break and Jones lands multiple kicks and punches, but DC keeps pushing forward. They clinch on and off with more of the same. The round ends with Jones jumping guard.

The start of the first championship rounds shows some exhaustion from both men. The two throw lazy kicks and punches that just touch each other. Jones throws a couple heavy head kicks as DC starts pressuring in trying to close the distance. The clinch again with Jones landing elbows and knees and making DC carry his weight as they backup into the fence. Jones drops down and takes DC down and lands some heavy punches before Cormier gets back up. Jones takes DC down again moments later and lays heavy on top of him against the cage. Cormier gets up again, but Jones keeps heavy pressure throwing punches and elbows. The two break with Jones landing a stiff punch to the body, but clinch right back up. DC pushed Jones against the cage, but is just holding on. Right as the bell is about to ring, Jones takes DC down again. A dominating round for Jones and a lackluster round for DC. 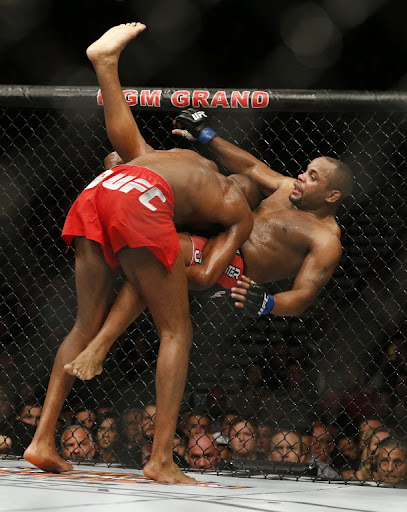 The finals round starts with Jones landing a heavy heading to DC after they respectfully touch gloves. DC throws combos as he pressures in to try and take Jones down. Jones stuffs the takedown one again, clinches with DC and pushes him to the cage. Jones keeps the pressure on with strong punches to the body. The heavy pressure starts to show as DC exposes his back. Cormier spins out, and clinches right back in. The two stay in the clinch as they circle off the cage momentarily before leaning right back in. DC tries for another takedown, but is too tired to finish. Jones lands heavy elbows while DC is still holding onto his leg. DC finally lifts Jones in the air and drops him down, but Jones jumps right back up. Jones returns to a heavy clinch against the cage controlling DC’s wrist landing heavy knees to the thigh. Jones lands a spinning elbow with 30 seconds left in the fight. DC clinches right back in and grabs ahold of Jons leg again. Jones looks up and smiles. With 20 seconds to go, DC tries to circle Jones to the ground, but Jones puts his hands in the air to celebrate. As DC legs go, Jones throws two extra punches. The bell rings as referee Herb Dean jumps in to stop DC from retaliating with a punch of his own. Jones turns to DC and gives him a DX “suck it” gesture.

Bruce Buffer enters the octagon to read the judges scorecards. He announces all three judges score the fight a unanimous 49-46 decision “and still the undisputed light heavyweight champion of the world, Jon ‘Bones’ Jones!” 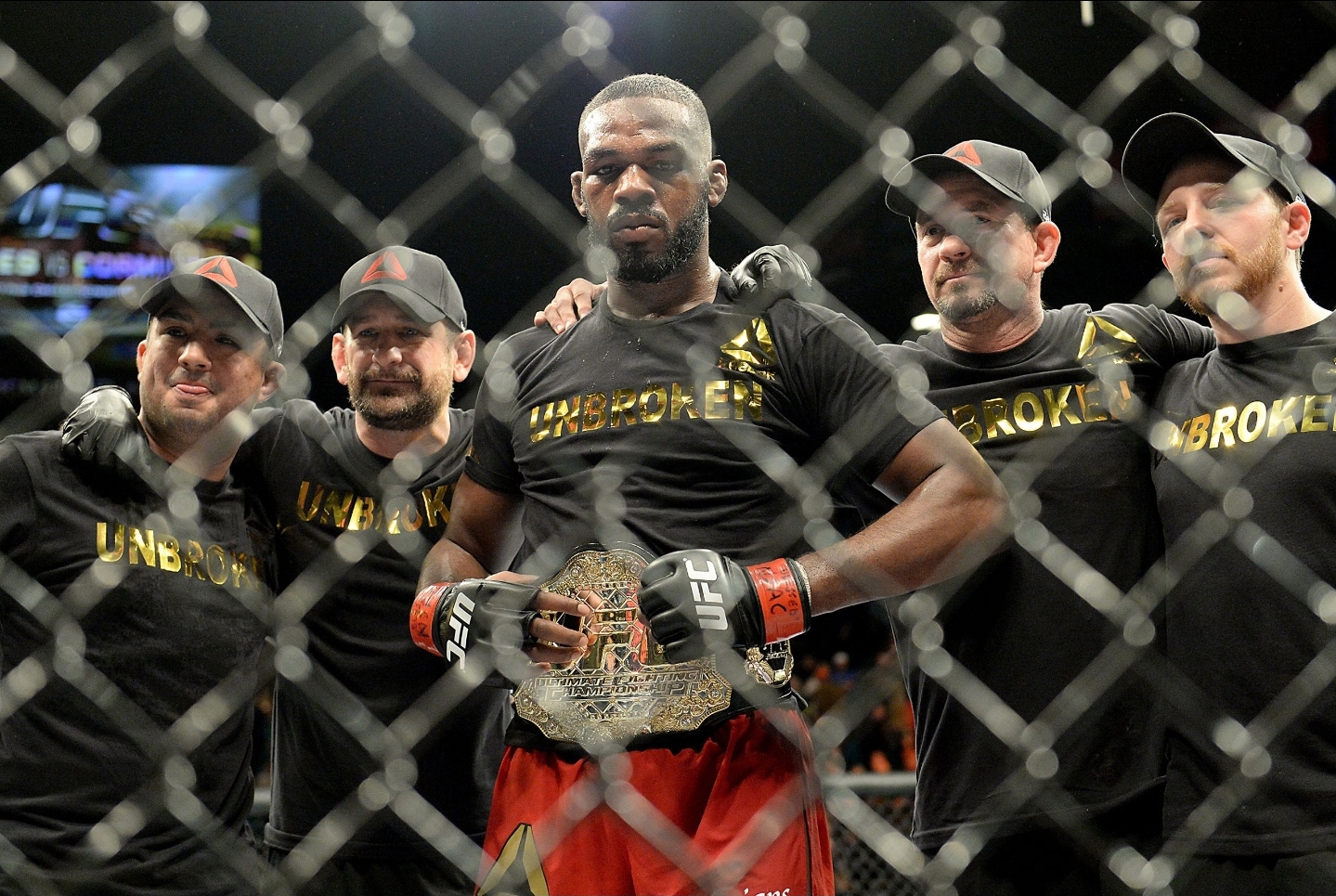 This was one of the most exciting title fights in UFC history. The two met again two years later in the rematch at UFC 217 where Jones had scored a KO victory. The fight was overturned because of a failed drug test by Jones, but that is another story.