Tim Means outpointed Nicolas Dalby on the feet on his way to a unanimous decision victory at UFC Fight Night 190 on Saturday, June 26.

Continuing the auction early on the main card is a welterweight clash between Tim Means and Nicolas Dalby. Means, a 25-time UFC veteran is coming into the bout on a two-fight win streak.

He most recently bested Mike Perry by unanimous decision at UFC 255 this past November. Dalby is still unbeaten inside the octagon after a loss to Jesse Ronson at UFC on ESPN 14 last July, was overturned to a no contest.

Dalby is coming off a unanimous decision victory over Daniel Rodriguez last November.

Here is how the lightweight bout between Tim Means and Nicolas Dalby went down at UFC Fight Night 190, including round-by-round scoring. For full results of the event, check them out right here.

📺 [ Tune in LIVE for #UFCVegas30 on @ESPNPlus ] pic.twitter.com/hA4pweq1JE 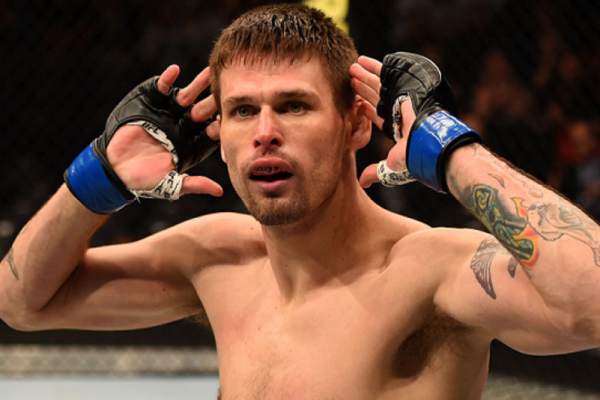 The two meet in the center. Means connects with a head kick early, Dalby fires right back with a flurry of punches. A active first 30 minutes. Both men are throwing hands. Means drops levels and scores a takedown on Dalby. Means passes the guard and moves into side control. Dalby is against the fence, trying to work up. Dalby is able to get up and circles away. Means lands a short left hook to the body. Dalby gets under hooks, but Means shakes it off. Means lands a leg kick and lands a jab and cross. Dalby drops, but gets up quick. Dalby is bleeding from above his right eye. Means is controlling Dalby against the cage.

MyMMANews scores it 10-9 for Means.

Dalby misses with a looping right hook. Means lands multiple body shots early. Dalby gets double under hooks, but Means is so long, he can still control Dalby. Means throws away Dalby and the two separate. Dalby has redness around the body. means throws a head kick and lands, Dalby still manages to catch it, but Means able to stay on his feet. Means goes back to the body. Dalby lands the jab early. Means lands a cross. Dalby shoots, but Means stuffs it. Means countering nicely. Dalby is taking some punishment this fight. Dalby lands a few nice punches in a short exchange. Means lands another head kick, backs Dalby up to the cage. Means gets in on a kick and takes down Dalby. Means ends round two on top.

MyMMANews scores it 20-18 for Means

Means throws leg kicks early. Both men throwing. Dalby rocks Means with a right hand. Means clinches. Means lands knees to the body, reverses the position. Means is searching for the takedown. Dalby trying to crate space and circle out. Means holding on to the left leg of Dalby. Means continues to control and clinch. Dalby still throwing with power when he gets the chance. Means playing this one smart. Means works the body with short punches. Dalby gets free and lets his hands go, but it’s too late.

MyMMANews scores it 29-28 for Means

Punches are flying early in RD 3 🚀