Tony Lafferty wanted nothing more than to defend his country and at the age of 17. He began his long journey within the Scottish Argyll and Sutherland Highlanders Regiment. After nine years of doing what he loved, Lafferty swapped combat zones for combat sports.

Before joining the Army, Lafferty found himself needing to toughen up at a very young age. Lafferty explained to me how he was badly bullied at school and in his words, “Not just being called a specky ginger kid, it was Scottish bullying like getting hit in the head with bricks. Proper bullying and that made me tough.”

As well as these struggles at school, Lafferty also endured unfortunate troubles at home. This led to Lafferty’s mother, who is his hero, taking him away into hiding. Lafferty repeated often in the interview how he owes his toughness and mental well-being to his mother.

I asked, “Is this what made you the man you are today?” 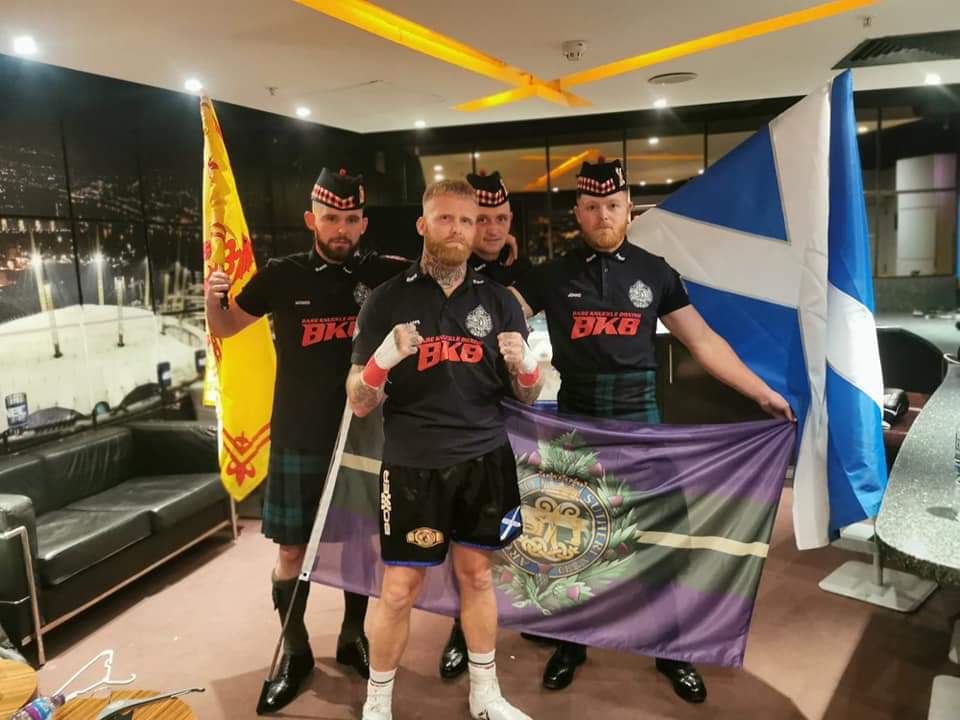 “My mother is definitely my biggest influence. She was my Mum, my Dad, she taught me to be tough. Not physically in a fight always. My mother had a hard life as well coming out of two abusive relationships. I grew up looking at my mum having three jobs trying to raise us, I had severe asthma, so I was always ill, but she found time to look after us. Looking up to woman like that I had no choice but to be tough. I was never going to grow up being a wee soft guy was I, look at who raised me.”

After leaving the army, Lafferty became qualified personal trainer in a well-known health club. With his last two years in the army training recruits, he was a tough trainer and never took “no” for answer. When he received complaints from the people, he trained saying they couldn’t do push-ups or pull-ups he honestly felt quite disgusted. Lafferty had that do or die mentality and wanted his students to get the best results possible. 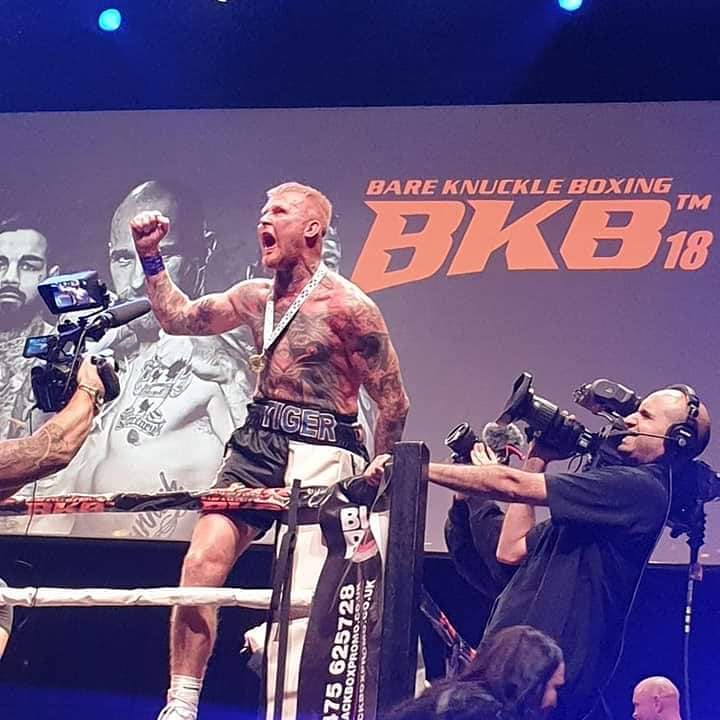 I was intrigued to find out why Lafferty started boxing?

“My mother encouraged me with the boxing and it really helped me. Boxing I feel saved me, otherwise I would probably still be drinking, I’ll still be suffering like a lot of my mates who are still suffering to this day, boxing has sorted my life out luckily.” 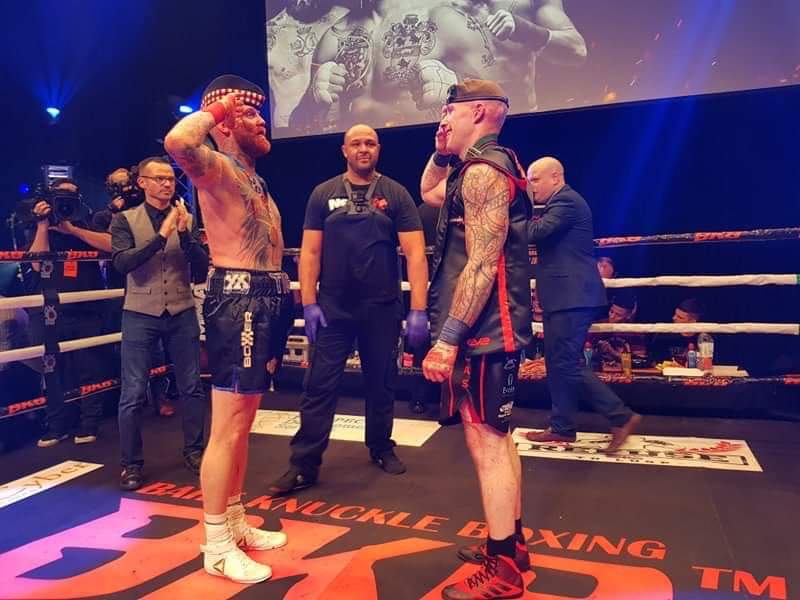 Lafferty competed in 10 boxing bouts, winning nine and losing one which he attributes to a lack of training. Its never been a secret, Lafferty wasn’t training as hard as he could have been, and he will openly admit this himself. He admits to being a cocky fighter back then as he was destroying anyone that stood in his path.

Not long after his final boxing bout, Lafferty found himself competing under the popular U.K. organisation BKB (Bare Knuckle Boxing). This popular bare knuckle fighting show was exactly what Lafferty was looking for.

He excelled in the first three fights within the company, defeating all three opponents confidently and in impressive fashion. Lafferty is currently 3-1 in BKB, unfortunately losing his most recent bout, but this has not knocked him back one bit. Lafferty is training harder than ever and is determined that 2020 is the year he will become the BKB World Champion.

Check out my full interview below with Tony Lafferty on Martial Arts Chat Podcast:

By Andy Stevenson 18 hours ago

“To me, this is a knife fight” – BKFC champ Lorenzo Hunt’s combative mindset