Sean Brady has been quite impressive since making his professional mixed martial arts debut back in August of 2014, as he’s gone 13-0 in six years, which now includes a 3-0 run in the UFC. He’s a very technical striker, and he’s got a black belt in Brazilian Jiu-Jitsu under Daniel Gracie, as he showed off this past Saturday at UFC Fight Night 175. 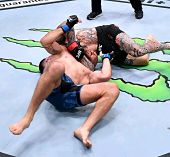 Brady submitted Christian Aguilera with a guillotine choke at 1:47 of round two, marking his first finish inside the UFC octagon. Prior to this, he’d won his first and second UFC fights via unanimous decision by defeating the 19-8 TUF 11 winner Court McGee, as well as the 19-3 Ismail Naurdiev.

Brady isn’t as dangerous as a lot fighters out there, seven of his 13 wins come via decision, but he is very well rounded and sound with all of his skills. That also doesn’t mean he can’t finish his opponents, he’s shown us six times overall that he can.

Three of those finishes came in CFFC Welterweight Championship bouts, where he won the title and defended it twice before joining the worlds leading mixed martial arts promotion. He also defeated TUF 16 winner Colton Smith in between title defenses, who was on a four-fight win streak after being released from the UFC. 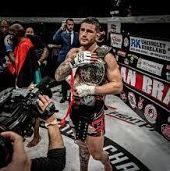 Now that Brady’s 3-0 in the UFC, having three very impressive performances, what’s next for him? None of the UFC opponents he’s had thus far were ranked, but he’s got to be close to getting a top 15 opponent.

There’s also Daniel Rodriguez, who just KO’d Dwight Grant the week prior in a very entertaining back and forth battle, becoming the first man to finish him. Rodriguez has incredibly heavy hands with good boxing for MMA, which makes him very dangerous.

Belal Muhammad is coming off a very impressive victory over Lyman Good as well, improving his win streak to three straight, that’d also be a good match up that makes sense. There’s also Takashi Sato, who was Rodriguez’s original opponent on August 22, but was forced from the fight by the commission for undisclosed reasons. 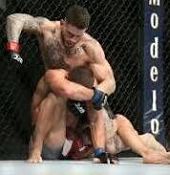 Lastly, there is Li Jingliang, who’s one of China’s best talents in the sport of MMA. His boxing, along with his power and wrestling defense would make for a great striking battle between these two. Jingliang is coming off a defeat to Neil Magny, but went 7-1 with five knockouts in his eight fights prior.

It’ll be interesting to see what the UFC decides to do next with this incredible talent from Philly. They could match him up with just about anyone and have a good fight. Time will tell. Does the UFC start feeding him bigger names, or do they continue building him?

At just 27-years of age, Sean Brady has all the potential in the world to grow into one of the best mixed martial arts fighters on the planet. Standing 5’10” with a 72.5” reach, 170 lbs is the perfect weight class for him.

By James Lynch 38 mins ago

By Adam Crist 42 mins ago

By 'Beautiful' Bob Meloni 54 mins ago