Video interview with Mike Kennedy above

Art of War Cage Fighting returns to Lebanon, Pennsylvania on Saturday night, October 29th.  AOW 26: Moser vs Vento is scheduled to take place at the Lebanon Expo Center.  This is an area of the Keystone State that loves MMA.  They show up in full force to drink some cold beer, and cheer on their regional favorites.

“B Mo” Ben Moser (2-0) is a pillar in the community as he owns and operates Moser’s Mat Club, as well as coaching scholastic wrestling.  Moser welcomes Federico Vento to the cage.  Vento (3-6) comes in from Hawaii and will be returning to his proper weight class (135) as he has done battle with heavier opponents in his last few.

“Wild” Mike Kennedy is the reigning amateur AOW heavyweight champion.  He won his belt at AOW 23 with a dominating decision over Isiah Margheim.  On that same card, Mike Grybos had an impressive victory and will now challenge Kennedy for the AOW title.

MyMMANews took the short trip over to Martinez BJJ to chat with the champ about his upcoming tilt and his future.  He tells us…

“You know I love to stand up and throw, but I think Mike is a tough dude, but he is not going to want to do that.  We’ve seen it in most of my fights.  I’m really comfortable no matter what.  I’ve come over here to Team Martinez and just look on that mat.  There are a bunch of guys who are bigger than me and they just put me through round after round of kicking my ass, helping me to get better every day.  As far as the future, not at heavyweight.  When I go pro, I’ll start at 205 and work from there.”

AOW 26 will be live streamed on the Starfund App if you can’t make it to the show.  Doors open at 6 and the first bell is 7pm. 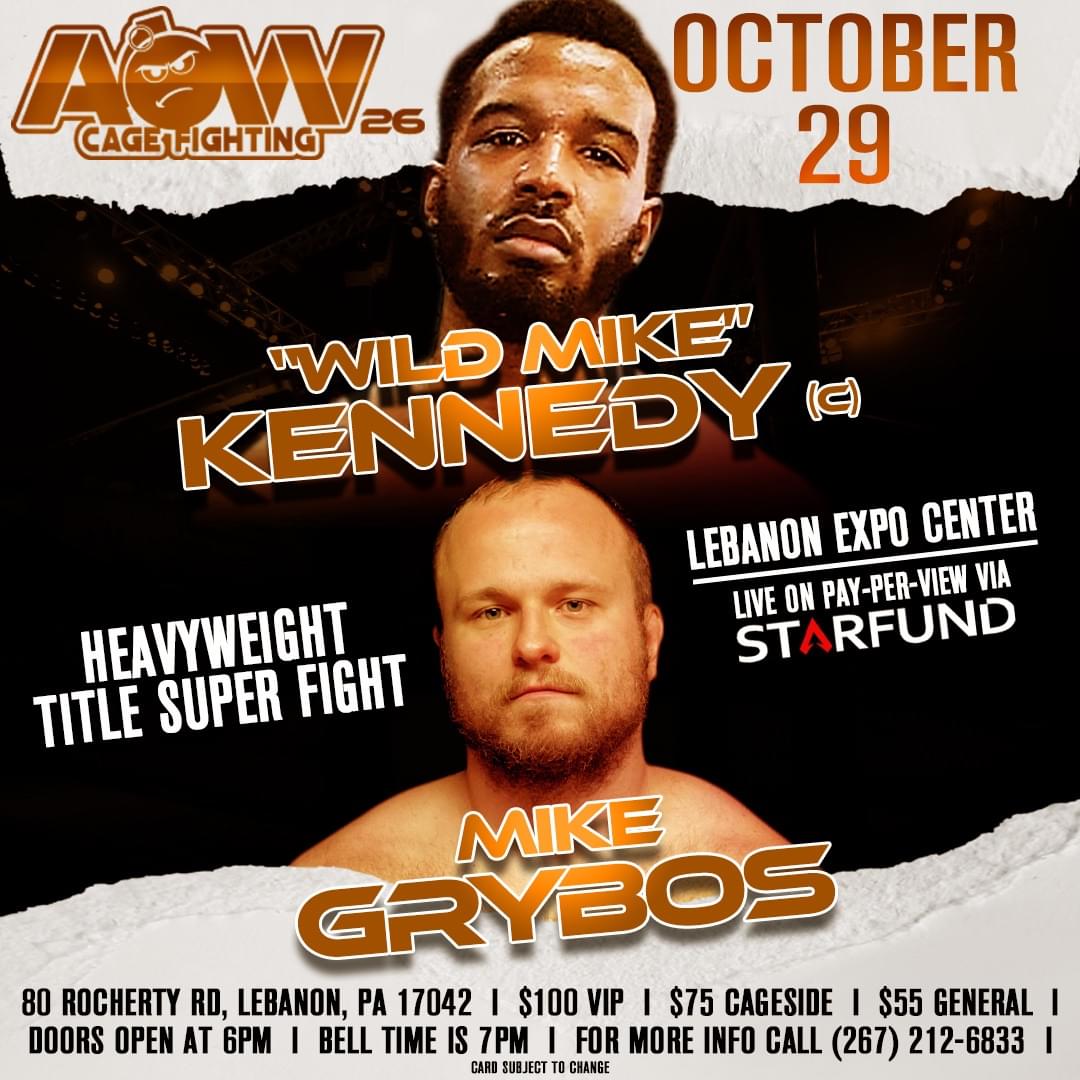 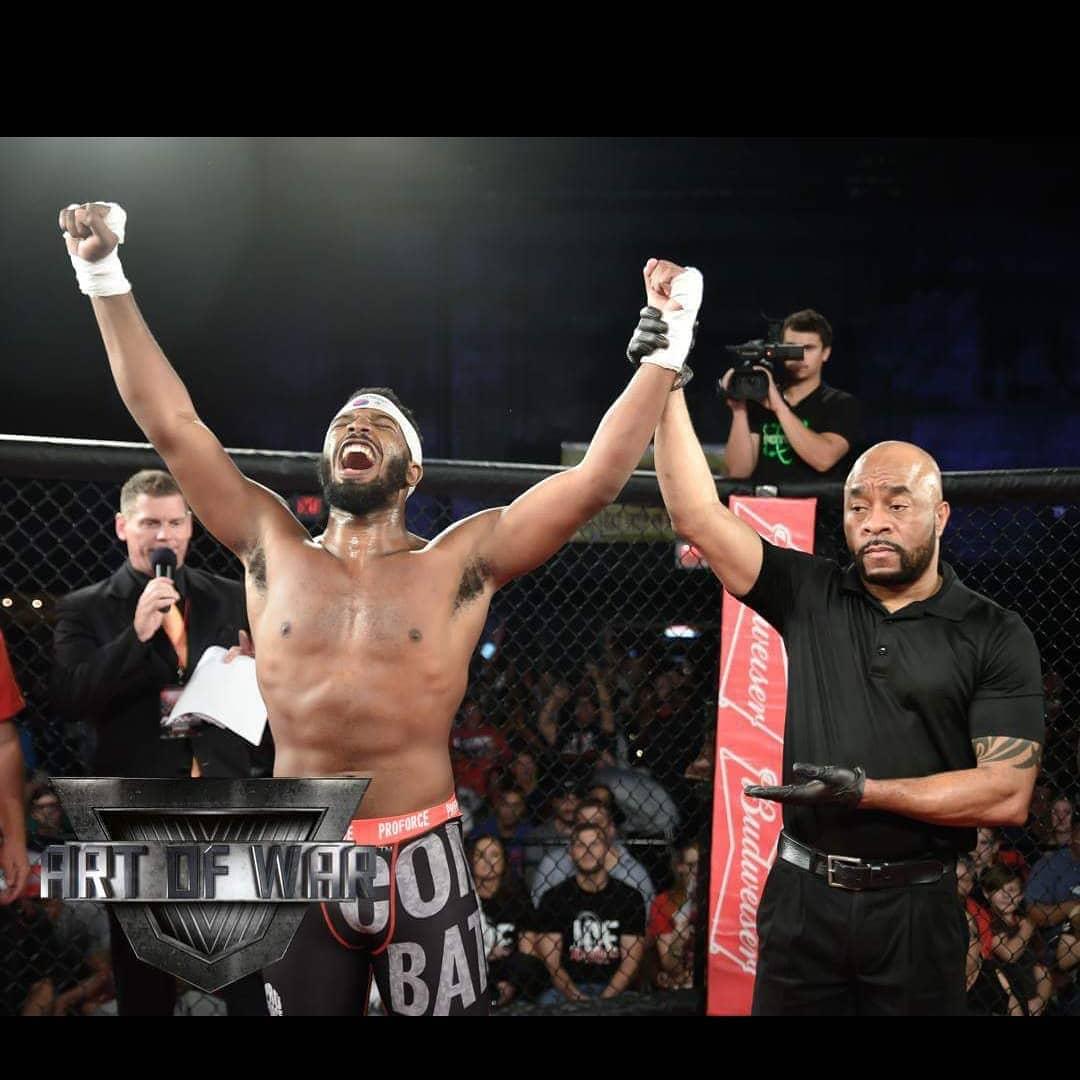 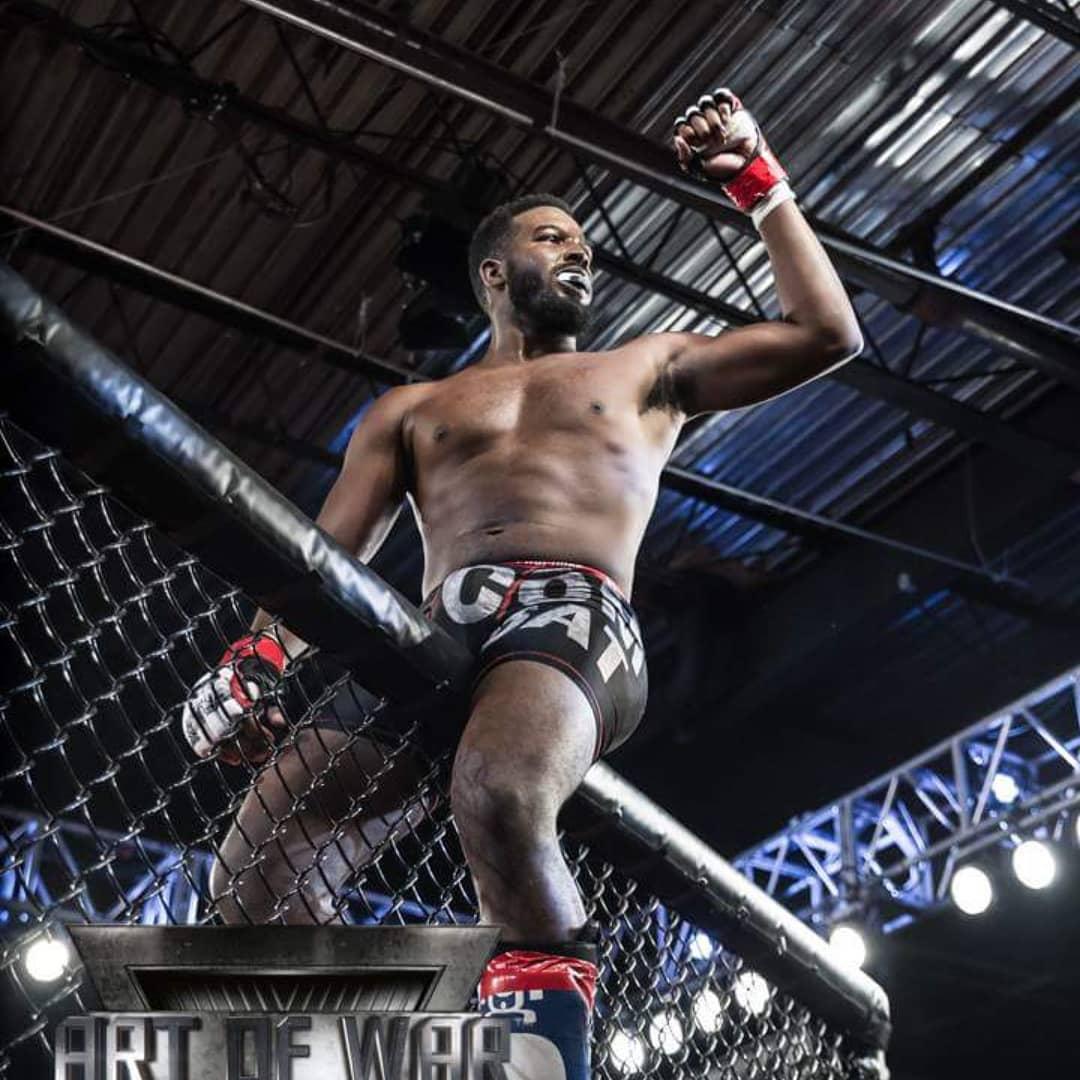