Featherweights Andre Fili and Charles Jourdain squared off at UFC on ESPN 10 in Las Vegas in a card that featured many finishes and high paced matches. This match was no different as both men opened with thunderous kicks that were amplified in the crowdless UFC Apex.

The first round had both men fire away with kicks and even though Fili had the reach advantage on paper, it would seem that Jourdain was able to pressure Fili enough in round one to not only numb Fili’s arm with some kicks, but drop Fili in the round. Fili was able to come back with a takedown that had him end on Jordain’s back at the end of the round.

Round two featured more of the same as far as the kicks were concerned where both men seemed to trade kick for kick, but Fili would be more aggressive and utilize that reach advantage. Jourdain was using leg-kicks to make up for what he lacked in range but Fili would be able to use those kicks as takedown opportunities.

The final round seemed to have them winning a round a piece so both men seemed to look to finish one another when trading blows. With the knockdown from round one against him, Fili seemed to continue with the success of his takedowns from round two and that was enough for him to secure the win.

The judges seemed to agree with two scoring 29-28 for Fili, and one judge scoring 29-28 for Jourdain. Afterward, Fili said he was concerned and feels he did not perform as well as he could have. When asked about the punch that dropped him, he credited his tough chin to his Samoan heritage. Still, the split decision win for Fili has him say he wants a big name next. 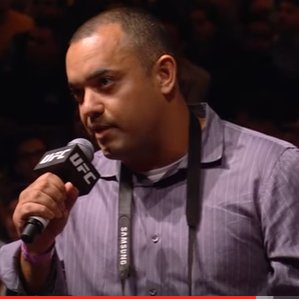 By Connor Northrup 5 mins ago

By Lenny March 9 mins ago