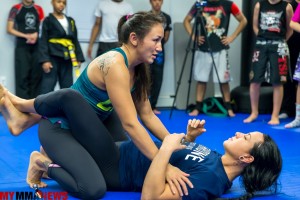 UFC bantamweight fighter Ashlee Evans-Smith will be in Laredo, Texas, this Saturday, August 15 for a one-day seminar geared towards kids and adults at Rick Guerra’s Academy of Martial Arts south location.

“Team Guerra is honored to host her seminar,” instructor and MMA fighter Rick Guerra Jr. said. “Smith is a three-time state champion and four-time All American collegiate wrestler, not to mention a two-time MMA champion plus a top contender in the UFC. Laredo has never had an MMA athlete with her credentials to visit. It’s going to be a very educational experience for any martial artist.” 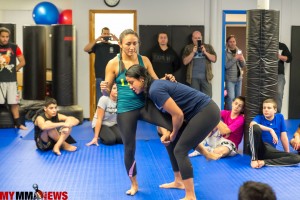 Evans-Smith, (3-1) was a three-time state champion at Ukiah, California and a four-time All-American at Menlo College before hitting the MMA scene in 2012. She currently fights in the UFC with her last bout in December 2014.  Evans-Smith will break down basic MMA techniques that she has utilized throughout her career during the two-hour seminar. 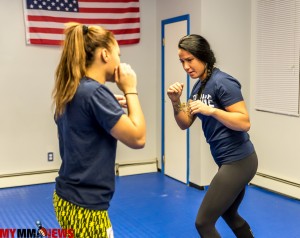