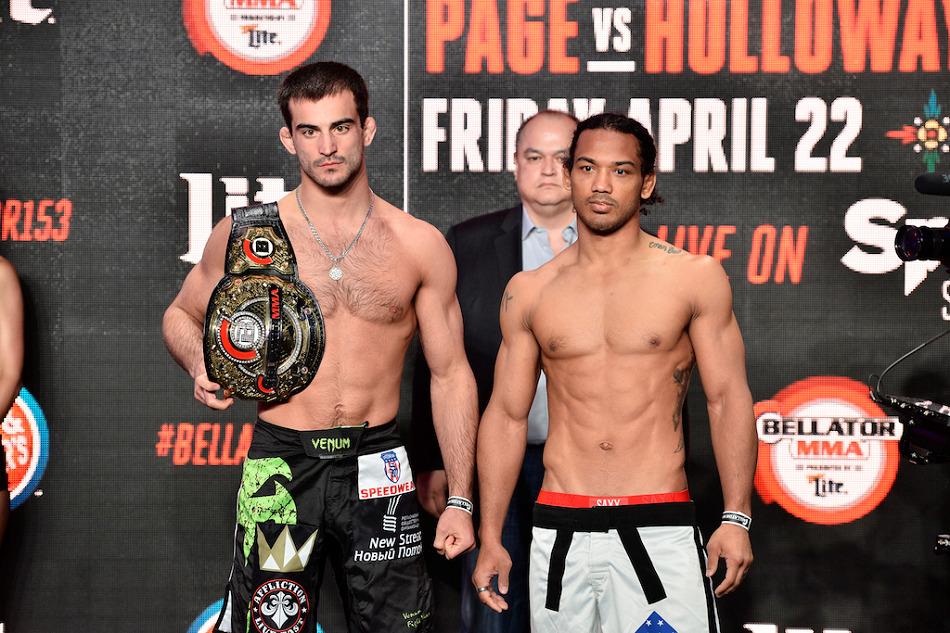 UNCASVILLE, Conn. (April 21, 2016) – Following weigh-ins for “Bellator 153: Koreshkov vs. Henderson” competitors on Thursday, all fights are set to take place inside the cage at the Mohegan Sun Arena tomorrow on Spike.

Headlined by a welterweight world title bout between Andrey “Spartan” Koreshkov (18-1) and Benson “Smooth” Henderson (23-5), the main card is primed to entertain. The card is loaded with young talent, including 28-year-old welterweight star Michael “Venom” Page (9-0), who will put his unblemished record on the line against Jeremie Holloway (7-1).

“Bellator 153: Koreshkov vs. Henderson” takes place at the Mohegan Sun Arena in Uncasville, Conn., and airs live and free on Spike at 8 p.m. ET/7 p.m. CT, while preliminary bouts will stream live on Bellator.com and The Bellator Mobile App. In addition, stay tuned immediately following the event, the debut of “Bellator Kickboxing: Torino” takes place at 11:00 p.m. ET/PT.

Tickets for the event start at just $30 and remain on sale now at Bellator.com, Ticketmaster.com and the Mohegan Sun Box Office. 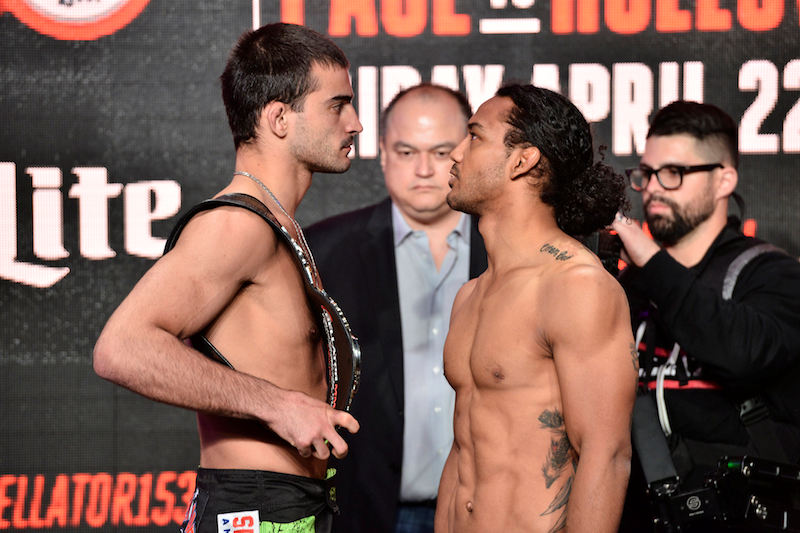 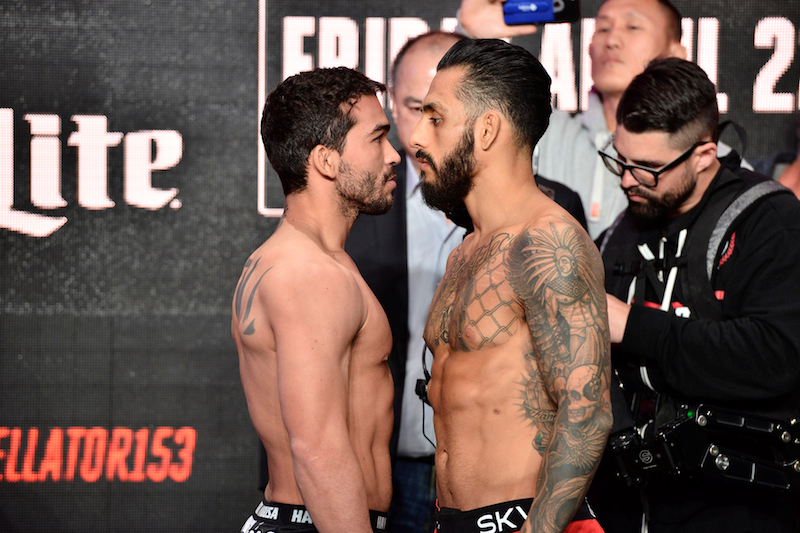 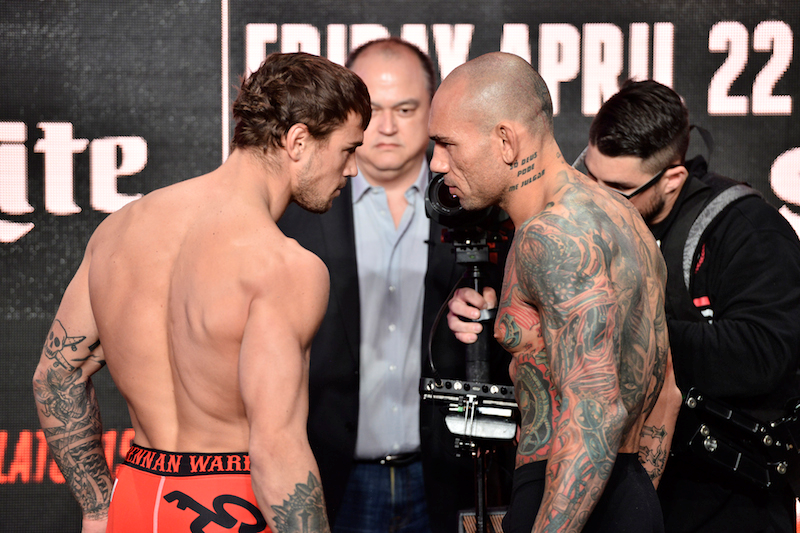 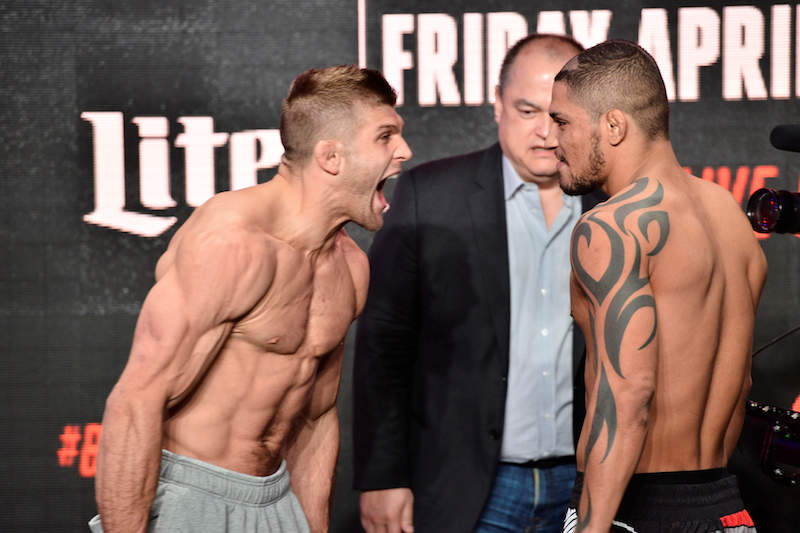 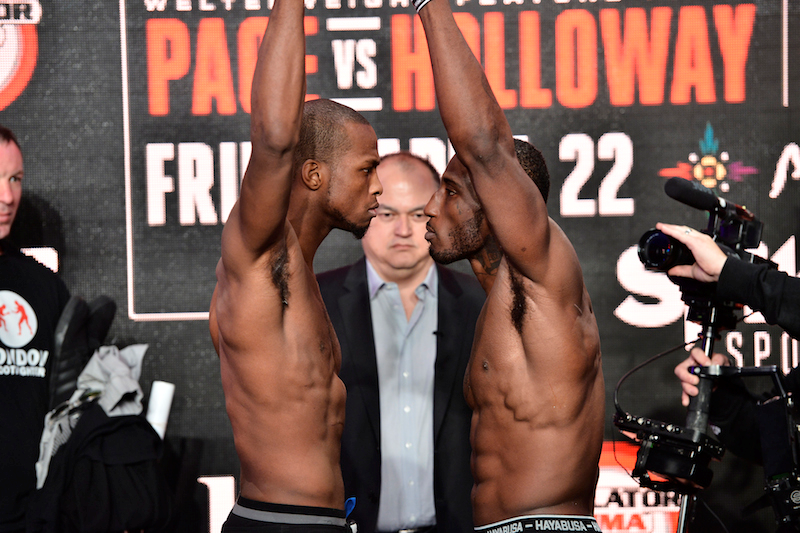