After eight World Titles in Muay Thai and K1 Kickboxing, Bernise Alldis transitioned to MMA to continue her dominance.

Bernise Alldis (37-4 Muay Thai/K1 5-0 MMA) burst onto the MMA scene back in June 2017. Yet to face defeat in the cage, Bernise has defeated all her opponents via KO/TKO and has never experienced a third round.

I was lucky enough to attend Fusion Fighting Championship 29 where Bernise was competing for the vacant Flyweight Title. She pressured forward early in the fight proving too much for her opponent eventually winning via TKO in the first round.

Recently I spoke with Bernise about how she initially got into combat sports as well as many other topics.

“I was about 12 or 13 and I wanted to start boxing. I went down to a gym local to where I live in Orpington but they didn’t take girls. They told me it was just for guys fighting. Then I saw a clip in the local newspaper, and I saw a picture of Kieran Keddle. Keddle had just won a World Title (Muay Thai) and the clip also showed the gym so I went down, tried it out and that’s where it all began.”

Bernise explained how she initially joined the ladies class at Keddles Gym and progressed from there. To help afford to pay for the lessons, Bernise would happily partake in any jobs required around the gym. From cleaning the whole gym to painting and gardening, Alldis was determined combat sports was her goal and would do anything to achieve this.

Bernise spoke very highly of her training partners at Keddles Gym, particularly referreing to the owner of the gym, Alan Keddle. 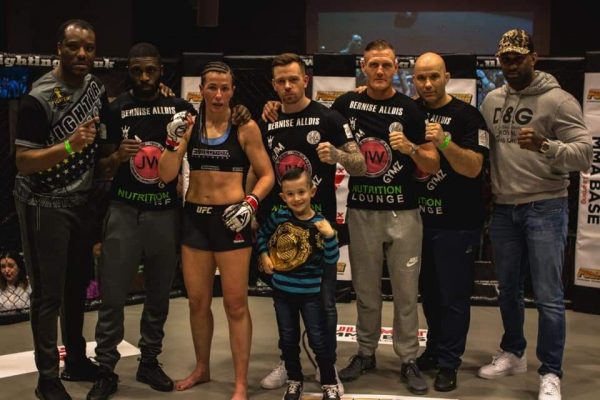 “The main person down at Keddles Gym is Alan Keddle. He has been there since day one with me through my whole Thai Boxing Career,” said Alldis.

“Back then there was a lot of fighters, but Kieran Keddle is one I also look up to because he was always active and another one is Rob Storey and so many many more back then. Now I don’t do too much Muay Thai as I focus more on MMA.”

“Now, I am working with Rory Crawford who is more of a K1 fighter and also training with Jimi Manuwa from the UFC.”

Bernise described how Jimi “Poster Boy” Manuwa was a close friend of the family due to Deano Meringo, her partner, being Jimi’s trainer since day one.

“Deano, my partner, is our MMA coach and trained with Jimi since day one. From Jimi knowing nothing, Deano has taught him everything. Jimi is such a cool guy, hes so chilled, he so chilled you could literally push him over but at the same time you don’t want to mess with him, hes such a good fighter.”

“Why the transition to MMA?” I asked.

Bernise explained how she set a goal to hold the WBC Word Title as this is one of the most prestigious Titles in Muay Thai. After reigning successful, Alldis considered giving up combat sports all together.

That was until she discovered a passion for Jujitsu and began competing in multiple tournaments winning Gold on each occasion. Within eight months of Alldis final Thai fight, she began her journey within the cage.

For me, the ground game quality was the big question. With such dominance on the feet, I have learnt from the success of Alldis regarding Jiu jitsu competitions and her partner being an expert on the ground, she is ready 100% to take on the MMA world.

It has been an incredible journey already for Alldis. From fighting on reality TV shows (and winning) in Thailand to already obtaining a Title in the MMA world, it’s worth checking out some of her incredible bouts online. 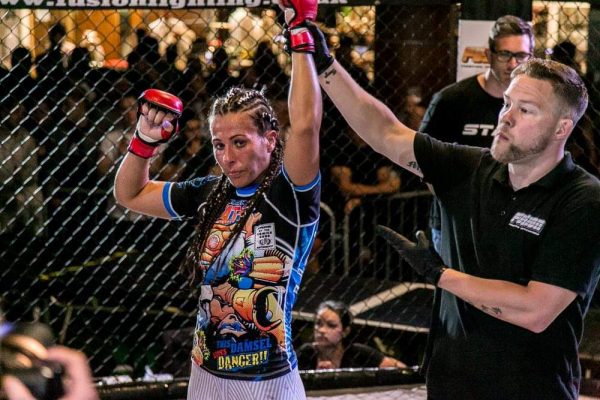 By Andy Stevenson 12 hours ago