Lenny March from MyMMANews and UFC Featherweight Billy Quarantillo sit down to react to his recent win vs. Gabriel Benítez, we also talked potential matchups next.

To watch the full interview click the video above.

Billy Quarantillo (16-3), is coming of a TKO win over Gabriel Benitez last weekend at UFC Vegas 31. Billy looked better then ever on the feet and dangerous whilst grappling. Quarantillo was coming into the fight after his first UFC loss against Gavin Tucker, Quarantillo was fighting like he had something to prove as he came out inviting Benitez to throw down with him as both fighters were swinging heavy leather early and often, which ultimately paid off for the Boston native as he dropped Benitez in the first round.

”It turned into the dog fight that I was expecting” Quarantillo said. “He was super tough, hard to put away. He landed some good shots on me and I landed some on him.”

“I was able to take him down over and over again, and then in the third round I broke him open with a huge elbow. I smelt blood in the water and got the finish.” Stated Billy Quarantillo on MMAUnhinged. 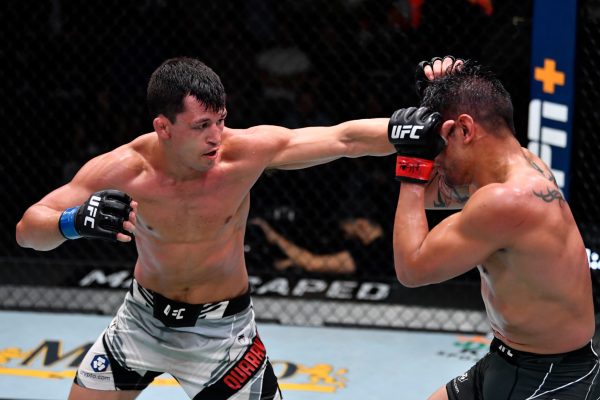 Quarantillo, didn’t “expect” the finish in the third round after he managed to get the TKO finish from a unnatural position.

“Honestly no one ever expects to finish the fight like that…when I took his back I was looking for the choke. I was throwing some punches to help set open those submissions, I did notice he was bleeding all over the place.” Quarantillo would add “The ref was like, “alright you got to defend yourself” and in my head I’m like oh my god they are going to stop the fight…as soon as I heard the ref say that I immediately threw fifty something strikes.” 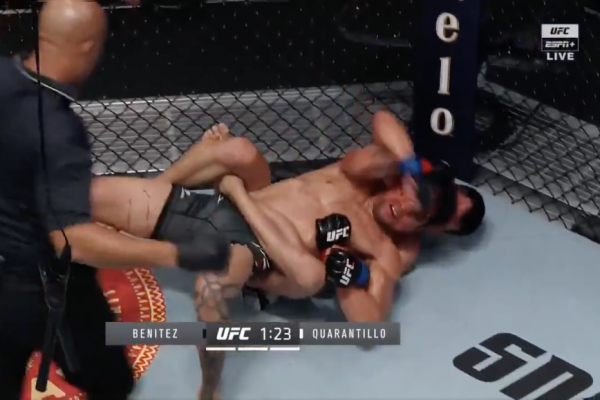 Quarantillo said in another interview that he would like Charles Rosa next, “Rosa was just one of the guys that it is in there and the reason why is I think I remember his flight from a few weeks ago…so I know that you probably will want to fight around that time period but it doesn’t have to be Rosa like Alex Caceres would be a great fight. He’s on for four winning streak he’s been fighting for a long time. I can’t way to put on another show, I’m striking while the iron is hot.”

During fight week a photo was shared by Billy Quarantillo on Instagram which ultimately sent the Twitter world crazy, as he looked identical to former bantamweight champion Dominick Cruz.

”I guess after you’re right, if you like scroll down it was “Dominick Cruz, Dominick Cruz” and you know what’s the funniest thing… you can ask Matt Frevola about this so yesterday after the fight yesterday morning in Vegas. We were walking to the hotel and it was like the MGM and I also got the stitches on, so people are obviously given us looks. We all sit down for breakfast and one person already recognizes me like “Billy great fight, I’m a fan.” So then we sit down and the server comes up to us and she goes “can I ask you something?” And I’m thinking she watched my fight…she goes is your name “Dominick” and me and Matt just started like dying laughing. I was like no I’m not Dominick Cruz. I guess we are just white dudes with spiked hair.” 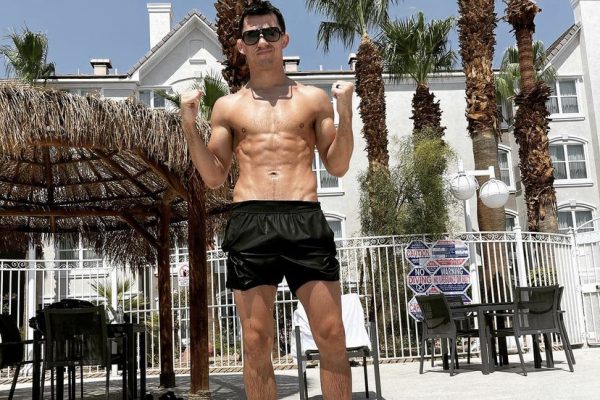 You decide, does Billy Quarantillo look like Dominick Cruz?

Enjoying the interview? Watch the FULL 21 minute interview linked above.

We go more in depth about potential matchups against Charles Rosa and Alex Caceres, we also talked about his favorite movies and much much more.