With UFC 262 in the books, the evening brought a plethora of matchups that won’t soon be forgotten.

Days removed from his wedding; Christos Giagos took on Sean Soriano in the preliminary portion of the card. Considering the current worldwide Coronavirus pandemic, Giagos hadn’t fought in front of a live audience since August of 2019. “It felt amazing,” Giagos gushed. “It reminded me why I got in the business. I’m an entertainer. I feed off the crowd,” he says. Continuing, when I hear the crowd, it keeps me going. It makes me want to do better and it pushes me a lot harder.”

After a back and forth first round, both fighters landed their respective strikes. Giagos wobbled Soriano early. Instead of dumping his gas tank hunting for the finish, Giagos took his time, utilized his wrestling, and grinned away. Ultimately, Giagos’ dynamic wrestling was a key factor throughout the rest of the contest, dictating where he wanted the fight to take place. Although his striking proved very effective, Giagos was able to change levels with ease.

Within the first minute of the second stanza, Giagos utilized a beautiful display of grappling prowess, transitioning to secure Soriano’s neck. Soriano did his best to fight off the choke but within moments, Giagos was letting the referee know that his opponent had gone unconscious. “Once I trapped the leg and flipped him over, I knew it was done,” Giagos says. “I just was a little worried because he didn’t really struggle but then I felt him go limp.”

Assessing his performance, Giagos says, “I’m very proud of how it went.” He had a full camp opposed to his last two, and the efforts distinctly showed. The So-Cal native, Giagos wasn’t shy to lay his cards on the table calling for an upcoming showdown with Donald “Cowboy” Cerrone’s for his upcoming retirement fight.

Although he hasn’t heard anything as of yet, “I’m sure it reached him,” Giagos says. “Hopefully he accepts.” Continuing, “Hopefully he takes the fight. I think we can definitely bring a lot of momentum behind it. Especially with how I performed and his last fight. They can hype it up. If he wants to do it later on in the year like September, I’d love nothing more than to wait for that,” he expresses.

Discussing how he feels he’d fare in a matchup with Cerrone, Giagos thinks “I would do well. I think I would definitely have to be careful,” He says. “He’s very dangerous. He has a gas tank, and he comes forward, but I do think he has a lot of miles on him. It showed his last fight. It showed his last couple (fights). He has a lot of miles. We don’t know how much damage he can take, and I know I do hit hard so I will come after him!”

Tune in above to hear from Christos Giagos as he checks in with MyMMANews following his bonus earning performance in putting Sean Soriano to sleep via D’arce choke. We discuss his thoughts on the bout, his recent wedding, a fight with “Cowboy” and so much more! 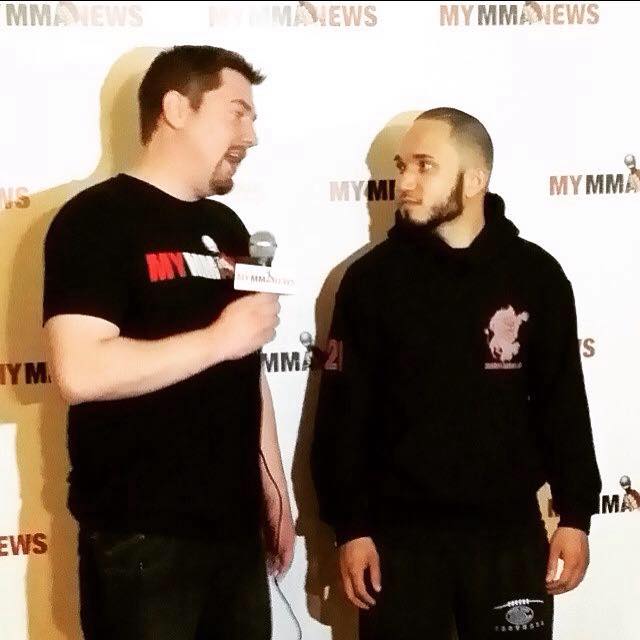