Over the last few years, the competitive Jiu Jitsu community has seen a strong upswing in professional Jiu Jitsu events. These events give high-level grapplers a chance to perform under the bright lights, similar to other combat sport athletes. Colorado Jiu Jitsu Club is one of the newest organizations to host professional events after putting together several successful tournaments. 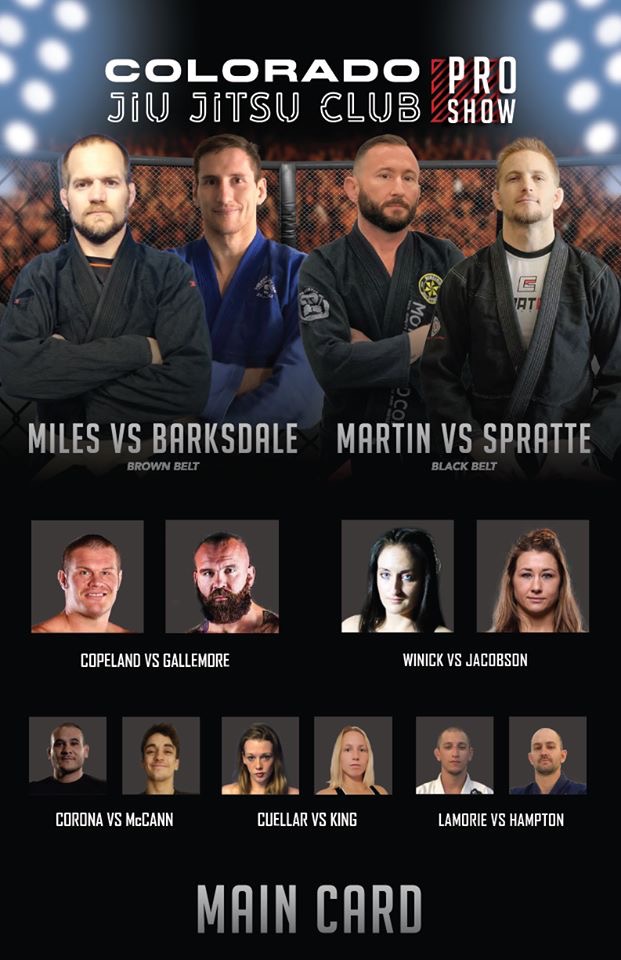 Jiu Jitsu in a Cage

Matches for the Colorado Jiu Jitsu Club event took place inside a cage rather than an open mat. Though many gi competitors were tentative to work up against the fence, many no-gi competitors were more than happy for the prop. Several matches included experienced professional MMA competitors.

The event also included a belt promotion competition. Prior to entering, the competitor’s coaches agreed that winning this part of the event would allow their grappler to promote from blue belt to purple. The tournament consisted of four competitors and two alternates, all high-level blue belts.