Combat Jiu Jitsu Worlds is the first event where Bravo’s combat jiu jitsu ruleset will be the main feature. Combat jiu jitsu rules follow the standard EBI rules, but with the addition of open palm strikes to the face and body when your opponent is on the ground. They also have changed the rules for combat jiu jitsu worlds that open hand strikes are allowed in overtime rounds.

The bantamweights have already crowned a combat jiu jitsu champion at EBI 11 with Nick Honstein taking the belt, but this is the first time the lightweights are competing in combat jiu jitsu to determine their first champion.

Also, all four of the bantamweights from the inaugural combat jiu jitsu bracket at EBI 11 are back for this event and they each are matched up with an opponent who was not in the original 4 man bantamweight bracket, which might give the vets a bit of an advantage.

There will be two superfight matches as a preliminary undercard on UFC Fight Pass at 7 PM ET/4 PM PT, with the PPV main card following on either InchbyInch.tv or UFC.tv at 8 PM ET/5 PM PT. 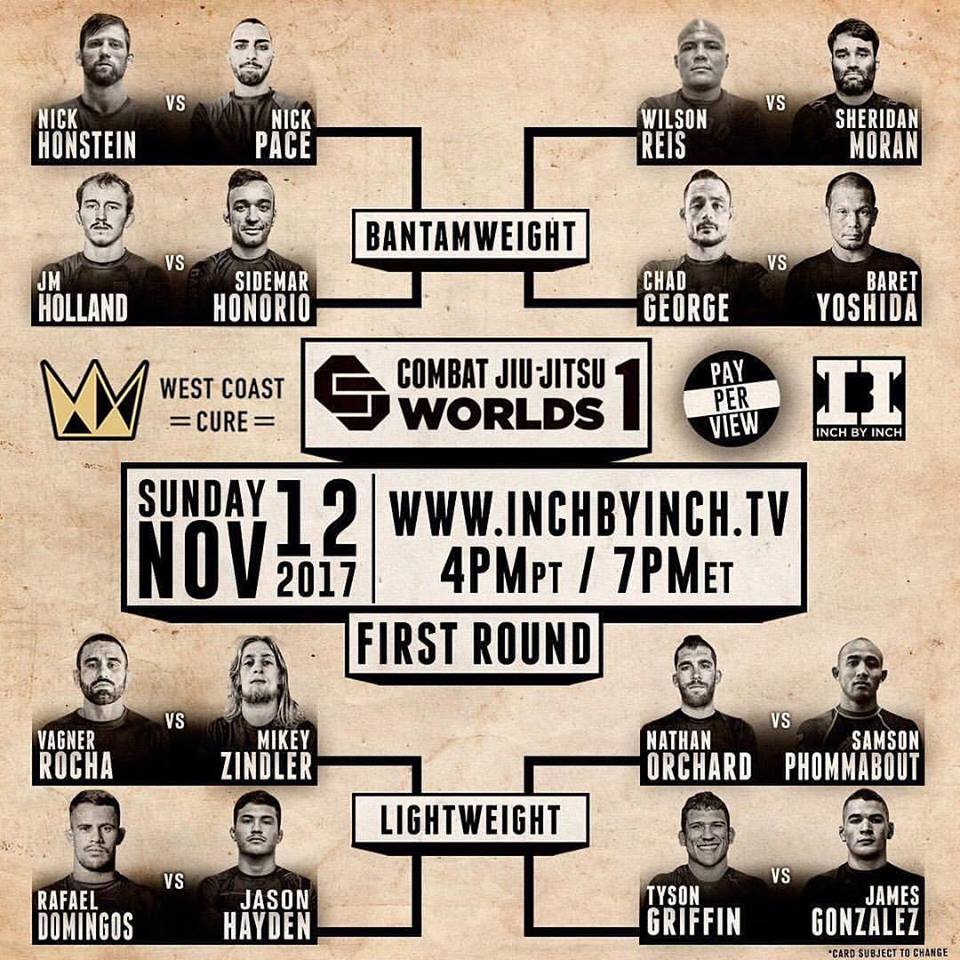 By Dylan Bowker 53 mins ago