Back at AFC 21, experienced American wrestler Cody Pfister battled China’s Wu Hoatian for the Kunlun Fight Lightweight Championship. There was plenty of buzz preceding this fight as both combatants had a wealth of experience and really no obvious weaknesses in their martial arts arsenals.

Speaking to Cody before the fight, he was incredibly clam and shared with me that he had won 3 titles between Lightweight and Welterweight in different promotions and was confident that this would be his 4th title run! Well, how right he was as Cody chalked up a decisive Unanimous Decision victory. Cody was overjoyed at the fact that the coveted Kunlun Fight Lightweight Title was now his, however he recognised there are still improvements to make in his game:

We are all our own harshest critics and I believe that is well and truly the case for Cody as his performance on the night was super impressive, albeit his own reflections may not match the observations of those in attendance. The difference for mine was Cody’s wrestling and superbly executed takedowns. Cody was advantageous in a majority if not all of the scrambles and executed takedowns at will. This approach was exactly what Cody had planned: 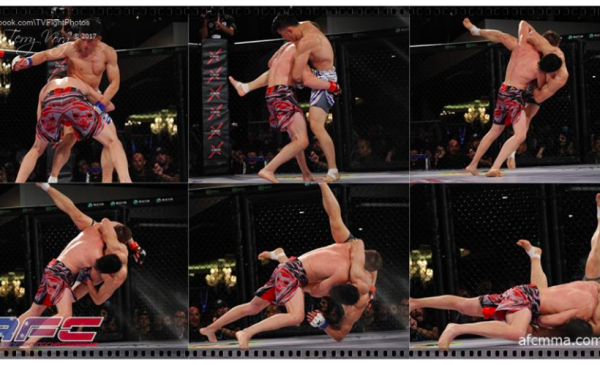 “Yes sir I knew Wu would not be able to stop my wrestling. I believe my takedowns are top level and if I have the proper training no one can stop them. I looked to cut Wu early and go for the KO or submission because I knew he wouldn’t want to take the punishment I would bring”

As a contest the fight ticked all of the boxes; and even though Cody controlled position for the most, he was caught in two deep Guillotine Chokes in round 1. On both occasions, the choke looked to be fight ending however Cody demonstrated his resilience and survived on both occasions. Part of this is due to experience; part due to composure and a huge part due to the fact that Cody was simply so determined to succeed: 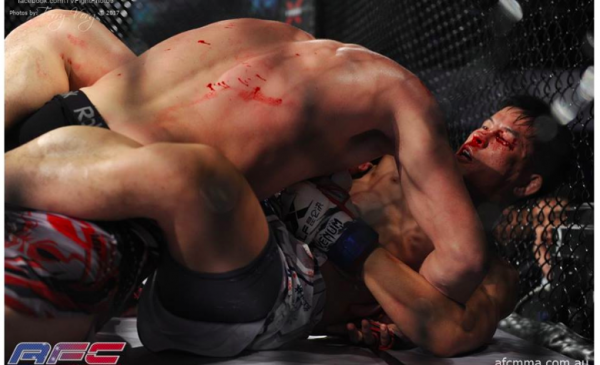 “There was definitely a time when they were close but not tight enough to get the finish; this is an area I’m currently working to improve so you will see a much better guillotine defense in the future and I will get my head out faster so I will show complete domination”

Pre fight most pundits expected that Cody would have the advantage in the wrestling and Wu may hold a slight advantage if the fight was to break out into a striking contest. Whilst Cody solidified that fact that he was the premier wrestler, he also proved that his hands, feet, elbows and knees are not to be underestimated: 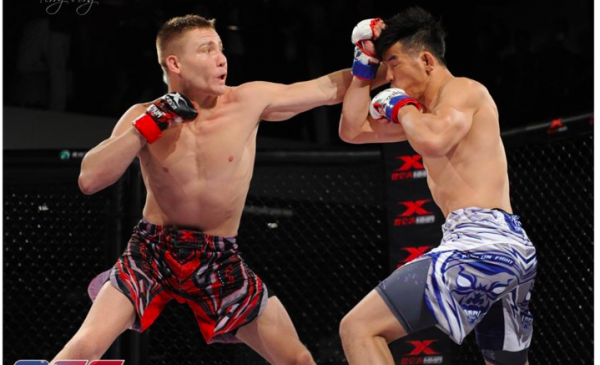 “Going into the fight I knew my stand up was way better; I almost wish I would of stood and traded more, I feel as if I could of landed a KO if I would of”

So after 3 thoroughly entertaining and action packed rounds, the combatants stood next to each other awaiting the judges’ decision. For most, Cody had definitely done enough to secure the win and title, however there is always a level bit of nervousness when you are endeavouring to dethrone the champion whilst leaving it in the hands of the judges. History will forever show that Cody was awarded the Unanimous Decision victory, and in his mind that was never in doubt: 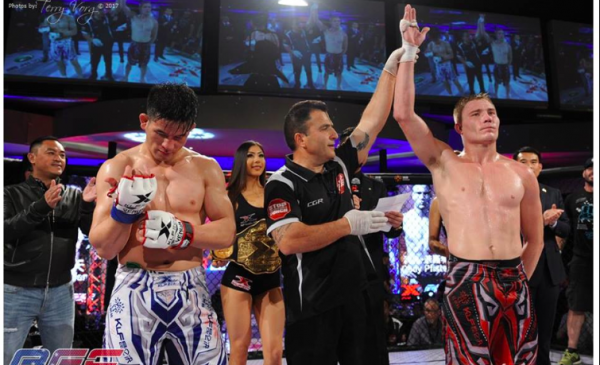 “There was no doubt in my mind that I won the decision! I knew that I dominated the fight and was sure I had taken the victory”

With the decision came yet another mixed martial arts title, and no matter how many you win every title is special. This one may be even a little more special as not only is Kunlun Fight and the AFC internationally renowned promotions, Cody won a title on the first card in which these two powerhouses have come together:

As Cody stated, he is looking forward to returning and putting on more shows in the near future. The somewhat obvious matchup in the near future would pit Kunlun Fight Lightweight Champ Cody Pfister against the resigning AFC Lightweight Champ Issac Hardman. Both martial artists were imposing at AFC 21, Cody won the Kunlun Title and Issac successfully defended his AFC Title via absolutely devastating first round knock out! Issac is on a genuine roll at the moment and has proven almost impossible to take down, however given the Cody’s performance could he be Issac’s kryptonite…?

“Yes I would love to fight him! I feel like he has good stand up but I will dominate him on the ground and if it stays standing my pressure will break him. He’s a very tough guy but I believe I will win in every aspect of the fight and hope this match gets made as I want the AFC belt along with my others”

So Cody wants the fight, and we will eagerly wait to see if the AFC and Kunlun Fight decide upon a Unification bout in the near future. One thing’s for sure, if this fight does get made Pfister v Hardman has blockbuster written all over it and Cody is assured that Issac would be the next to fall should it occur:

“I would win the fight off of pressure rather it be standing or on the ground. I would look to get a finish and make a statement because I want to show the world who I am and what I can do. I will not lose again. I have a new training camp and I feel with it I will be unstoppable” 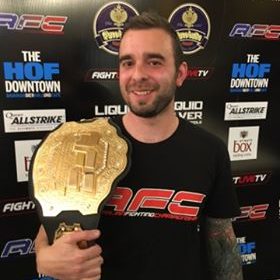